The Clydebank Blitz happened over the two nights of the 13th and 14th March 1941 when German bombers destroyed much of Clydebank. More than 500 people died and it is said that fewer than 10 houses were undamaged. While the citizens bore the brunt of the carnage, the two main targets, John Brown’s shipyard and the Singer factory, were largely undamaged. On the first night a Polish warship, the ORP Piorun, which was in the shipyard for repairs, turned its guns on the enemy planes and so forged a lasting friendship between the town of Clydebank and the Polish people. Solidarity Plaza is dedicated to that bond. [Clydebank Heritage Trail].

A plaque notes that Solidarity Plaza is a tribute to the people of Clydebank past, present and future. It was reburbished by Clydebank-Rebuilt to mark the start of the Regeneration of Clydebank and funded by West Dunbartonshire Council, Scottish Enterprise Dunbartonshire and The European Regional Development Fund. It was officially opened by Tony Worthington, MP on 29th April 2005.

The Piorun Stone commemorates the actions of the crew of ORP Piorun during the nights of the Clydebank Blitz 13th/14th March 1941.

ORP Piorun was an N-class destroyer operated by the Polish Navy in World War II. The word piorun is Polish for "Thunderbolt". Ordered by the Royal Navy in 1939, the ship was laid down as HMS Nerissa before being acquired by Poland, before completion, in October 1940. In May 1941 ORP Piorun located the German battleship Bismarck, and drew its fire, while other units of the Royal Navy task force caught up to sink the Bismarck. After World War II, Piorun was returned to the Royal Navy and recommissioned as HMS Noble before being scrapped in 1955. [Wiki]. 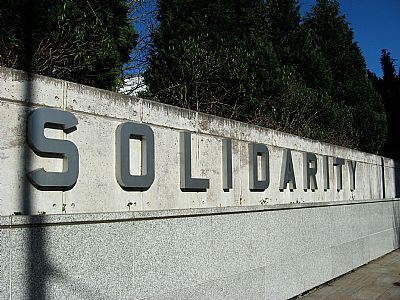 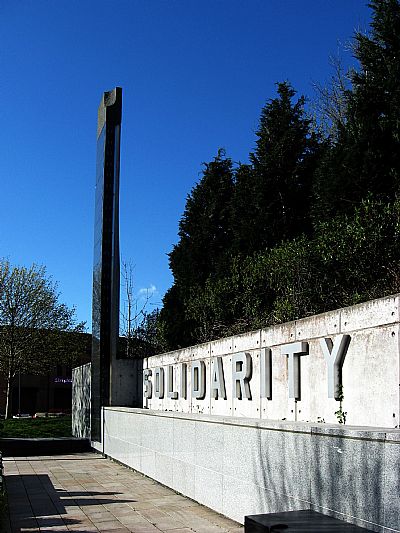 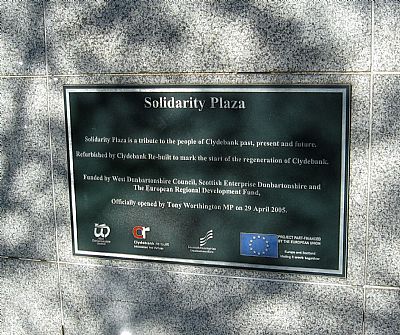 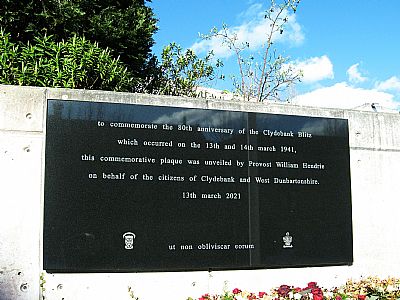 On the 13th and 14th March 2021, it was the 80th anniversary of the Clydebank Blitz. This commemorative plaque was unveiled by Provost William Hendrie on behalf of the citizens of Clydebank and West Dunbartonshire. 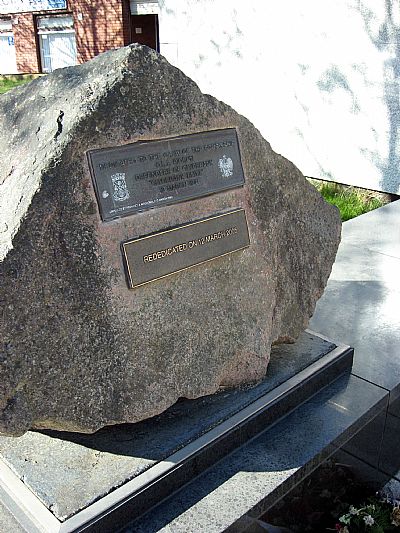 This is the Polish Navy memorial.

This memorial is built into the side facade of Clydebank Town Hall facing Hall Street. It expresses an Art Deco interpretation of honour of the fallen. In this case it is dedicated to the Men of Clydebank and we would be expected to know that it referred to the shipbuilders as well as military personnel. Major shipyards were adjacent to this location and key targets for the bombers so it was not just those that went to war, but those who defended the home area and those you built the warships that countered the aggressors that are commemorated.

Women are not acknowledged. While they perhaps had very little to do with those roles, they were vital in other ways and likewise victims. But a female figure has been used to symbolise peace and nurturing of the next generation. That very striking art deco figure holds what appears at first to be a lamp with her right hand shielding a flame. But look closer at you will see that it is a boat with a very small child.

There is no reference to God. But the memorial is imbued with a sense of the sacred by its simplicity, symbolism and its stance. On the upper surface is inscribed :

. The words NON OMNIS MORIAR translate from the Latin as I shall not wholly die and come from the Odes by Horace. It is used by Samuel Beckett in a poem.

The biblical allusions may be subtle, but in that way are also all emcompassing. The boat that the baby sits in looks rather Egyptian; a boat with upturned bow made of reeds. Is that an allusion to Moses?

War memorials online tells us : The memorial was unveiled on 8 June 1931 by Sir Iain Colquhoun. A bronze figure by Walter Gilbert symbolises peace and is set in a black marble niche in the exterior wall of the Town Hall. Non Omnius Moriar is from an ode by Horace and means - I shall not perish utterly. The WW2 commemoration was added in 1962 and on Remembrance Day 2009, black marble tablets with the names from both wars have been added either side of the statue. They were planned in 1931 but never happened. There is also a memorial peal of bells in the Town Hall tower.

DEDICATED TO THE MEMORY OF THE

WHO LAID DOWN THEIR LIVES IN THE

Lists of the names of the fallen were added on each side by West Dunbartonshire Council in recent years. 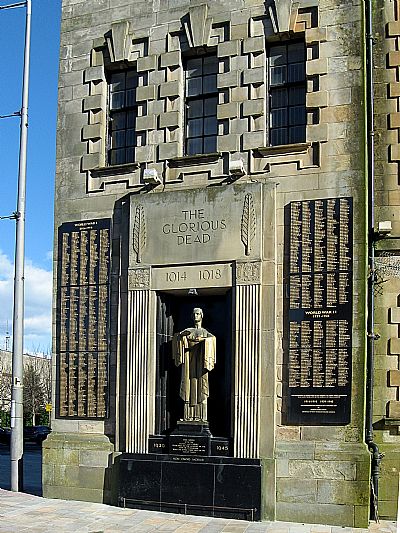 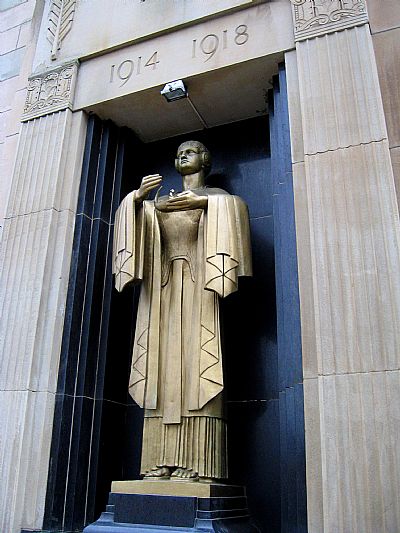 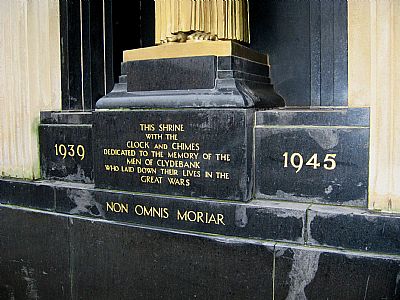 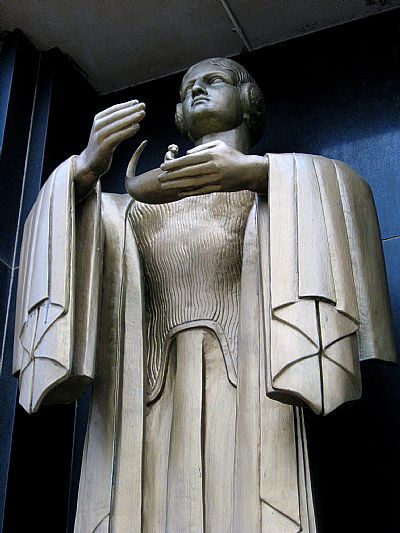