Now here is a quaint pub. Nestled in next to the imposing gateway of the Riverside Parish Church and the shoulders of its well preserved neighbouring pubs, The Clipper and The Counting House, sits the diminutive Elephant and Castle. Well, it used to. It has been demolished. One week it is sitting there. Then it was gone.

It is now several years since it disappeared and new housing has been built behind the site. Our spacial memory has already been altered. The plight of this building is like many others. This one closed down over a decade and a half ago, victim to a shrinking market. A symptom of a struggling high street. Dumbarton's High Street still has that sweep as it follows the curve of the river and aims itself at the Castle on Dumbarton Rock. It still retains the broadening out in the centre from when it was a bustling medieval market. Today there are a disproportionate number of charity shops. There are still pubs, some of which are actually new and successful, making good use of old and interesting buildings. But the Elephant and Castle has not survived. It did not attract anyone with an interest in its restoration and adaptation to changing times.

The trouble with such buildings is that they are great within a streetscape and contribute to its overall ambience. But they are not of much value in themselves. This one was never anywhere meeting the criteria for becoming listed and the overall streetscape had not yet been considered worthy of becoming a designated Conservation Area. Now of course that corner forms an interesting interface with the new housing behind in a very different way. In spite of all that, the Elephant and Castle was a popular building, even to those who did not support it as a place to drink. The Architectural Heritage Society of Scotland, amongst others, had in the past recognised its limited value in itself and had proposed that its demolition be deferred until something suitable is offered that makes a convincing alternative. That delay appeared to be happening – until 2017. Public memory tends to adapt and though many may have fond memories of that building and the life within, others now feel more at home with the altered streetscape.

This seems an odd moment. With the success and inspiration of the local charrette, the setting up of the Dumbarton Town Centre Forum and the successful renewal of the above-mentioned nearby pubs, there has been a great deal of new interest and confidence in the town centre. To this must be added the restoration of the remnants of the nearby Dumbarton Burgh Halls with the building of the new Council offices tucked in behind it as well as proposals to turn the ancient and historic Glencairn Greit House into a museum. The land behind this and towards the Castle, once shipbuilding and distillery industry, has become mainly housing. And with that goes the ambitious project to provide a continuous pedestrian and cycle link right along the River Leven to Dumbarton Castle. Removing the Elephant and Castle may provide a link through to it, but seen in the greater context, was it really justified?

The Elephant and the Castle remains in urban memory. They are after all the symbols of the town. The exact origins are unclear. Similar symbols are found elsewhere. They appear to represent strength and endurance. The particular choice of an elephant also reminds us of the colonies with which Dumbarton had links at one time. The castle on its back is an obvious reference to Dumbarton Castle, a stronghold, and derives from the hathi howdah, a seating mount. 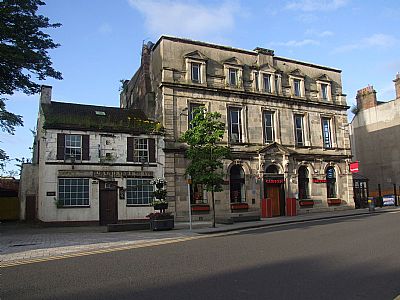 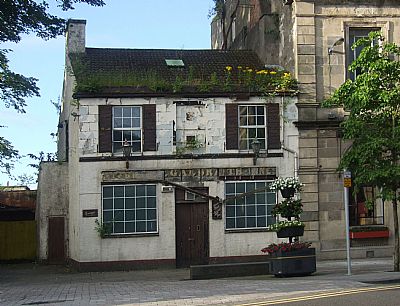 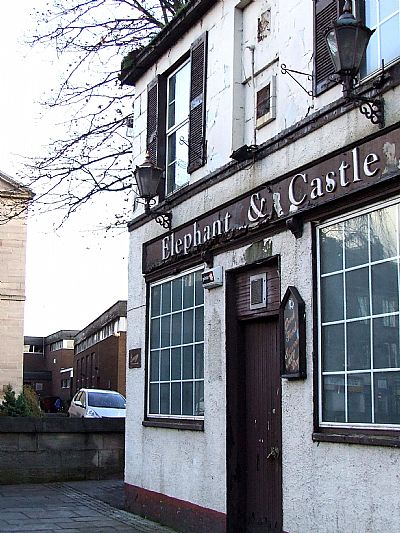 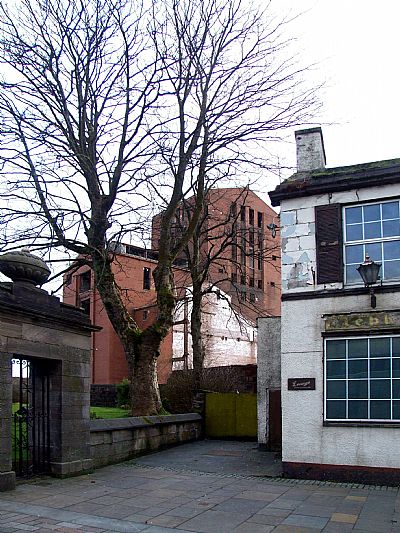 In this view the tower of the Allied Distillery, now also removed, can be seen. 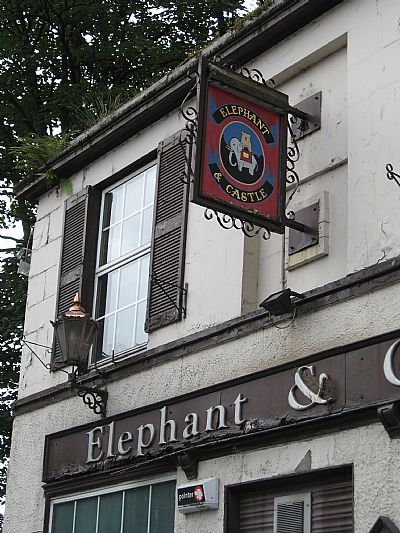 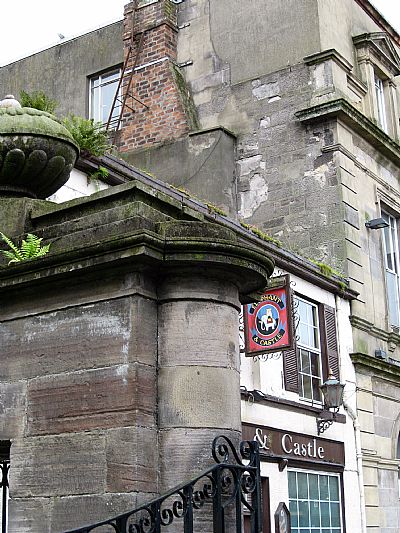 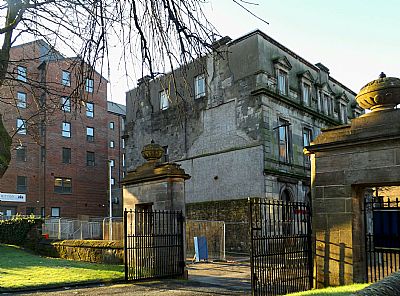 This is the site now as seen through the gates of Riverside Parish Church with the new housing beyond. At the time of writing, this interface has not yet been resolved.