This elegant and imposing building now serves as West Dunbartonshire Council's Registration offices, but in former days its role was somewhat wider. The use of the plural "buildings" is probably because it originally had clearly defined segments, even stables.

It was designed by the architect James Thomson (of Baird & Thomson, Glasgow, in 1900. There are some great details both externally with the ornate polished ashlar stonework, and internally, such as the stained glass. The detailing has been described as Scottish Baronial-Jacobean in style.

The Buildings sit on College Park, the former location of the medieval Collegiate Church of St Mary. In the grounds stands the College Bow, the second oldest structure in Dumbarton, all that remains of St Mary. Also contained within the grounds are 'McFarlan's Hurdles', three Burmese canons presented to the town by Provost McFarlan on the opening of the Municipal Buildings, and a statue of Peter Denny, local shipbuilder and ship owner. [WDC].

The council chamber remains in much of its original form with its heavy seating around a large segmented "U" table. This faced the town from the bay window on the first floor. The rear of the council chamber faced Dumbarton Central Station and is lit by a large stained glass window.

Other very interesting stained glass windows can be seen on the main stairway. 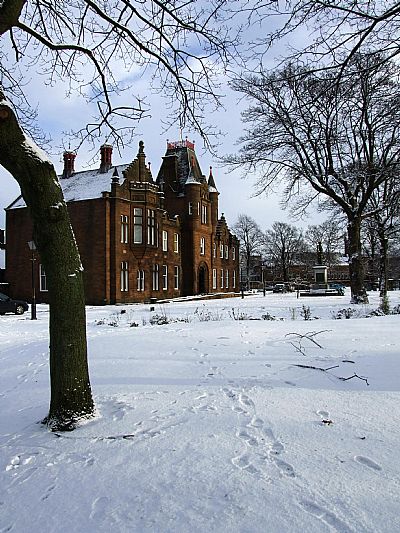 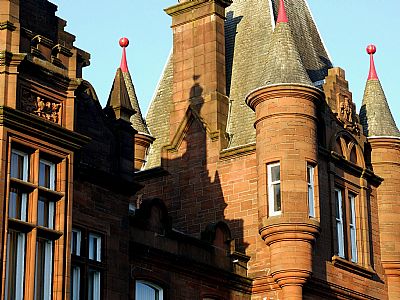 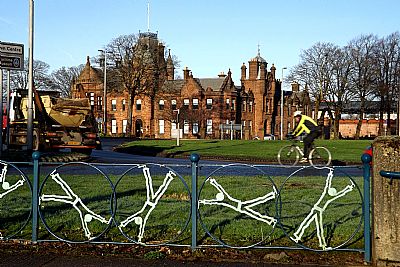 The town centre is bisected by traffic. This fun railing attempts to lessen the impact at the pedestrian underpass near the Sheriffs Courts. The linkage on the other side of the Municipal Buildings is receiving attention to better unify this building, the station and others within the Dumbarton Town Centre Conservation. 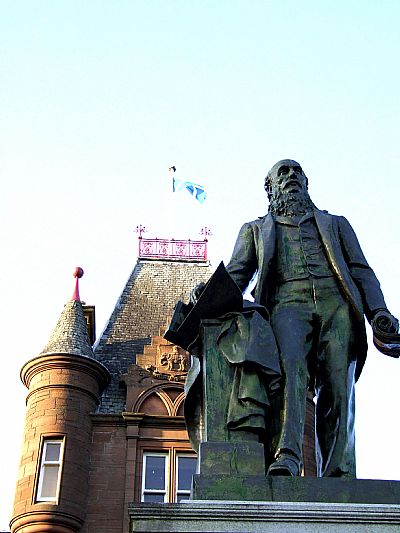 The statue of Peter Denny has pride of place in front. 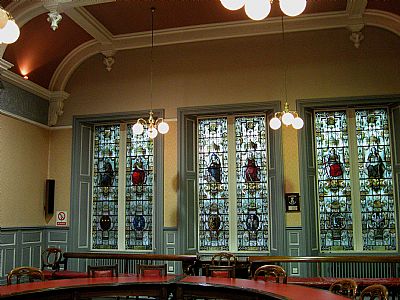 A grand setting for the horsehoe layout of the Council Chamber 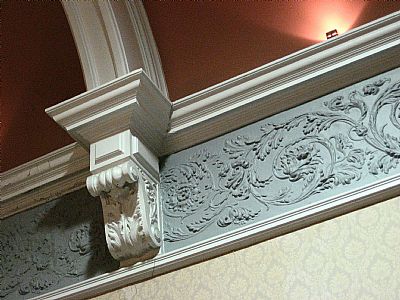 A detail of the cornice and frieze in the chamber. 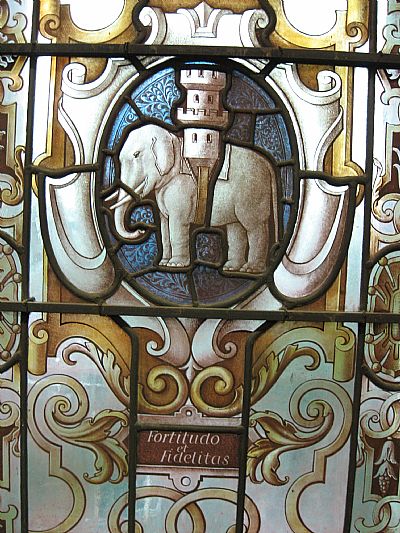 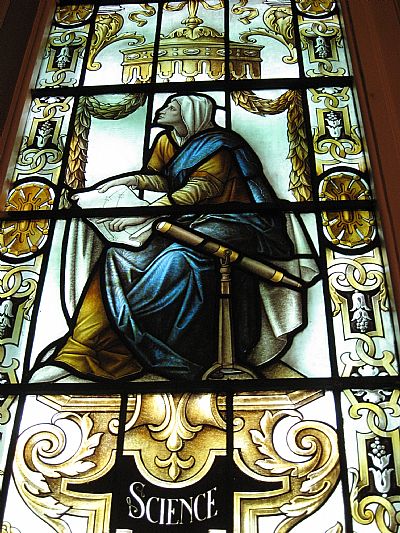 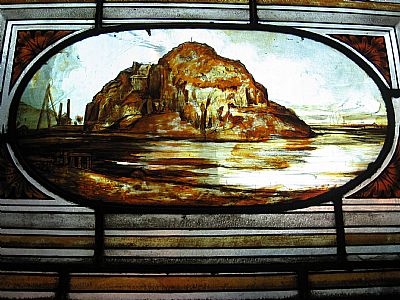 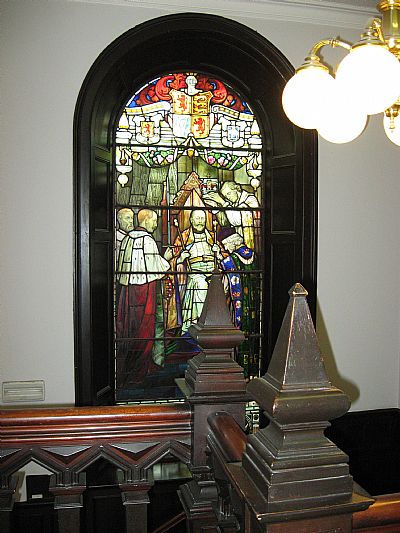 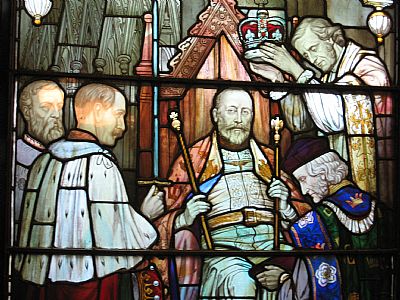 There is excellent stainedglass in the council chamber and the stairwell. That on the stairwell includes the corronation of George IV.