ACCESS : No access as the site is now warehousing, buit it can be seen from across the Leven or from the footpath that leads past its gates. That footpath leads all the way to Bonhill Bridge. The lade is now cut off by the current property.

///pushed.developer.doubt Point at which the Black Bridge met the northern edge of the works.

///poetry.moon.chromatic This is a pleasant walk which starts in Dillichip Loan near the gates of the warehousing that used to be the print works.

Some of the lade can still be made out. The site of the actual works though has long since been built over with warehousing. The lade took a curve a little in from the river and skirted the works. That still defines the extent of the warehouse site.

A reminder remains in the access road to that warehousing - Dillichip Loan. A railway bridge, (not yet built at the time of this map), crossed the river along the northern edge of the site. It was unimaginatively called the Black Bridge. All that remains of it now are the columns. There was evidently a siding that served the print works, but the line served a wider area. When it ceased to be a railway bridge, it became used by pedestrians - until the surface disintegrated. Its only role for years was to carry some pipes across the river.

The 1860 OS map shows this works almost opposite the Milburn Works. The lade can be clearly seen. 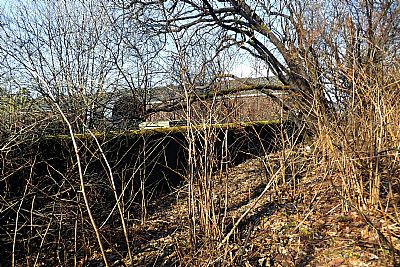 Almost all the buildings within the site are modern warehouses, but this boundary wall remains, seen here on the south side. 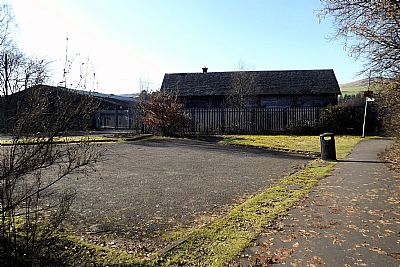 This is the site of the works, but now bonded warehousing. The is a well surfaced footpath that runs alongside this point and then down along the riverside. With a few diversions you can actually get all the way to Bonhill Bridge. Before the "Black Bridge" became unusable and eventually removed, you would have been able to walk from here directly over the Leven. 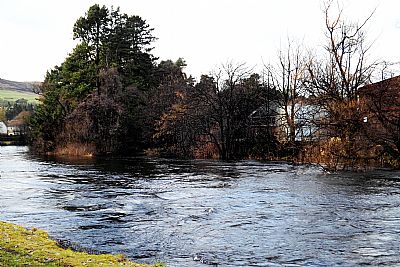 The outflow of the Dillichip lade where it rejoins the Leven. 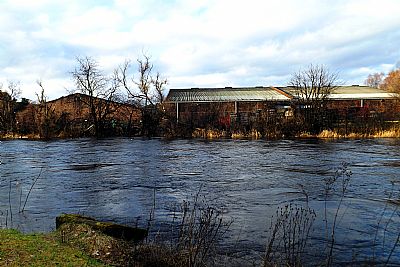 The same lade outflow from a slightly different angle. You can see the new warehousing that now occupies the site. 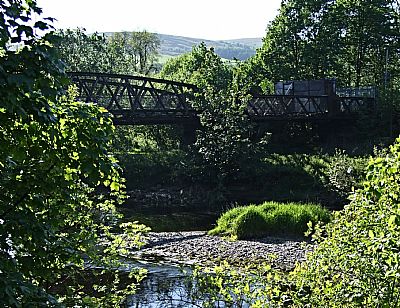 The Black Bridge before demolition. The surface had already disintegrated by this time. Although it does not seem to have been specifically for the Dillichip Works, there was a siding that certainly served it. 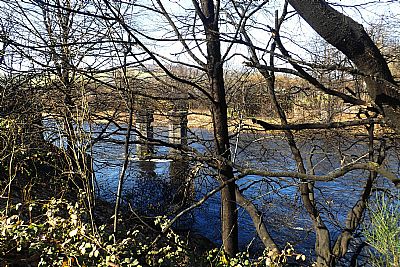 These are the remains of the "Black Bridge" as seen from the footpath. 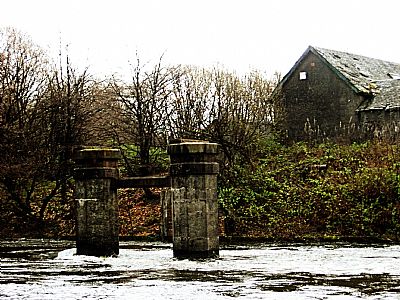 The columns that remain from the Black Bridge as seen from the west side of the Leven. (2021). 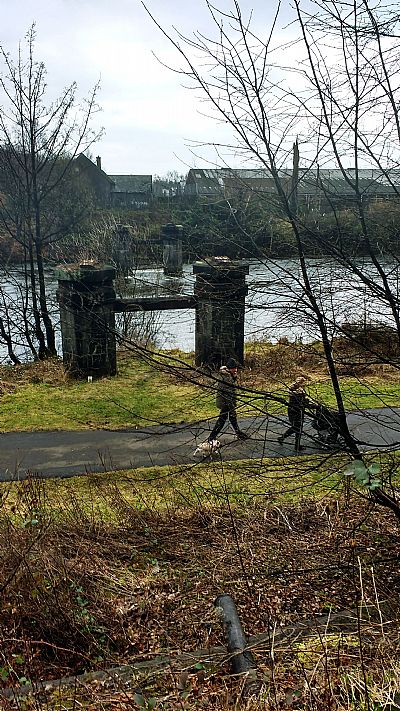 This view is from the raised roadway that led onto the bridge from the west side. 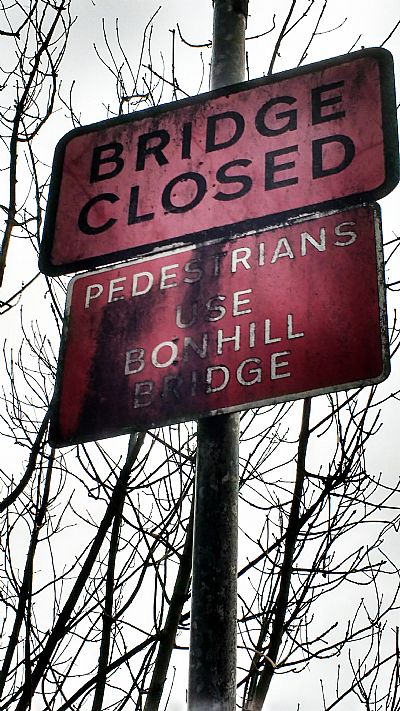 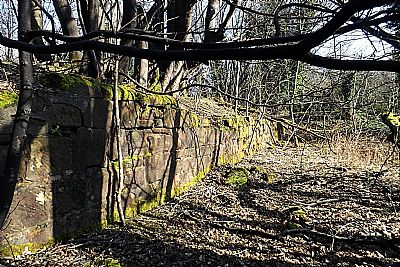 Sections of the banks of the Leven were built up with heavy stone masonry, much like quaysides. This would have had the benefit of a firm and stable towpath and controlled the river flow towards and out of the lades. At Dillichip there is a length of stone wall on the south side that runs alongside the river, but is well above its flow. This appears to have been to create a terrace that had an access track along it. This may be what the dotted line shows on the map at this point.