ROSS PRIORY, on the banks of Loch Lomond.

ACCESS : This is owned by University of Strathclyde. Public access is limited to specific events. Access past the gate lodge and gates. The road to this point from Gartocharn is called Milton of Buchanan.

Ross Priory is not a priory. It is a very large grand house set in a vast estate overlooking the southern end of Loch Lomond. The term "priory" does not imply ecclesiastical provenance, but is simply a 19th-century romantic affectation. It was owned by subsequent members of the Leith-Buchanan family until the later 20th century. In 1973 it was sold to University of Strathclyde and now serves as a a conference & events venue and a private members’ club. [Wiki].

The listing text tells us : The site was the original seat of the Buchanans of Ross from about the 14th century. A house was built in 1695, and it is this house which forms some of the fabric of the present priory. The wings were removed and the house was enlarged to the N and E. Sir Walter Scott frequented the house in 1817 while writing ROB ROY.

It was designed by J Gillespie Graham between 1810-1816, incorporating earlier fabric of 1695 and the 18th century.

The estate is extensive. There is a gate lodge, "Ross Lodge", at the main gate past which you arrive and proceed down an avenue of trees. A golf course stretches out on each side of the road. At the water's edge is a building that today incorporates a cottage, but which had stables. Also see : ROSS LODGE, ROSS PRIORY STABLES AND BUCHANAN BURIAL GROUND. 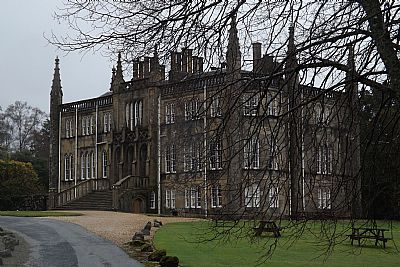 The grounds are included on the Inventory of Gardens and Designed Landscapes in Scotland. The gardens have some impressive rhododendron and are open to the public once a year as part of Scotland's Gardens Scheme. 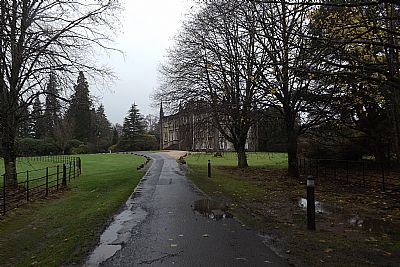 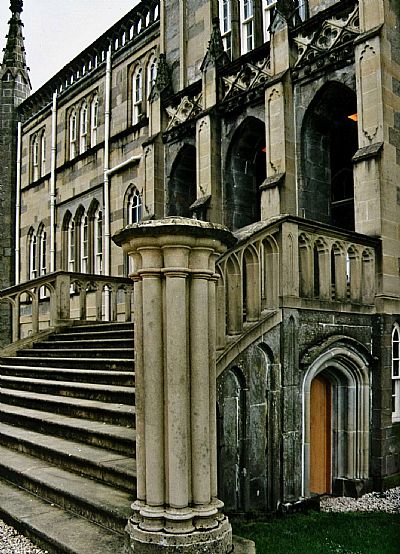 Recent proposals include a modern leadership centre near the shore supported by Sir Tom Hunter.