ACCESS : There is no access to the church, which is now a ruin and fenced off, but the small church yard is readily accessible.

Ruination of our built heritage does not necessarily happen through malice as with many castles or the great passing of time. We lose so many from pure neglect or perhaps the occasional mysterious fire. What then can we discern from loss through changing circumstances. Churches experience different threats compared to residential, commercial or industrial buildings.

The activities of a church rarely become outdated. The way they are used is bound through time by traditions and protocols applicable to each faith. However contemporary Scottish religiosity is nothing like it was a generation or two ago. Dropping numbers leaves many church buildings abandoned. Only some can be sustainably altered to restaurants or housing or halls. Many stand empty and forlorn for years, too important to the community to demolish and sell on as a building site, yet unsustainable to continue serving a particular congregation. In some cases two parishes may combine and the more important furnishing and even stained glass may be removed from the one to be reinstalled in the stronger of them.

This church in Renton has not managed to survive. The council diligently mow the grass, but the tombstones are slowly leaning further over. More distressing is the collapse of the roof. Its plight is well within living memory of the local community.

It was reprieved from demolition in 1985 when the Historic Buildings Branch of the Scottish Office noted that it should most probably be “A” listed. Urged by local opposition, councillors were asked to suspend demolition applications until the church's status was decided. It was duly listed “A”. Various proposals have been made for its renovation and adaptation to new uses. That was when it was still largely intact. It was even put on the market to see if anyone would be interested. By 1998 the roof had collapsed. Even that didn't deter a search for a new use. But as time goes on further collapses have occurred and it become increasingly unsafe. In 2006 the steeple came down too. As plants take hold, there is ever less chance of its restoration in any form, but now encircled by protective fencing, it retains some vague hope of innovative solution.

The photographs show it strangely defiant and picturesque it is amidst overwhelming foliage. A veritable forest peering out from within.

It was built in 1845 to designs believed to be by architect John Thomas Rochead. He, by the way, was the architect of many fine churches and terrace houses in Glasgow. Most notable of his creations was the William Wallace Monument near Bridge of Allan.

Is this the way we should treat our built heritage, however small? 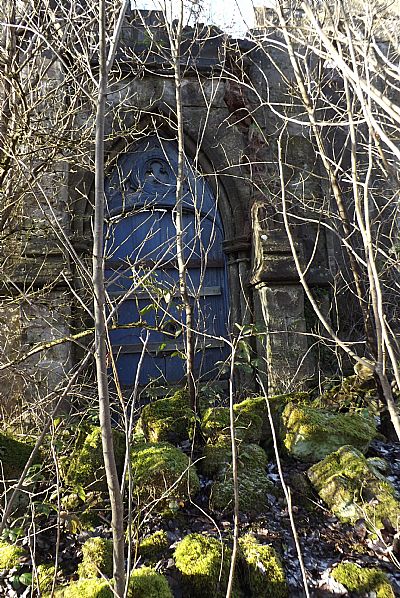 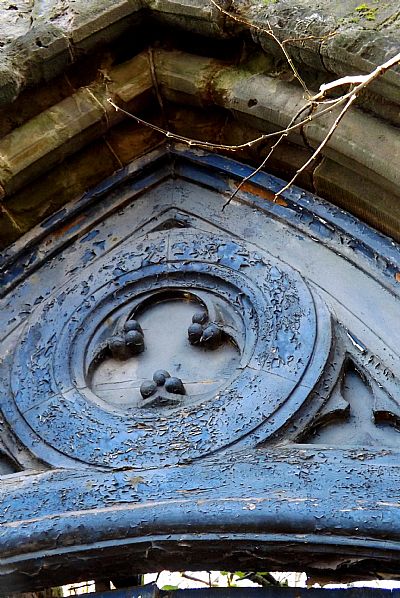 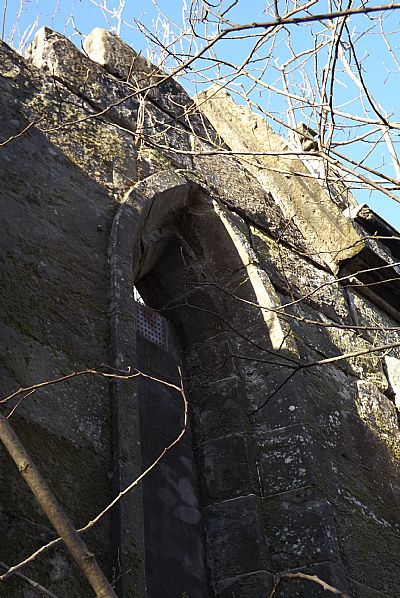 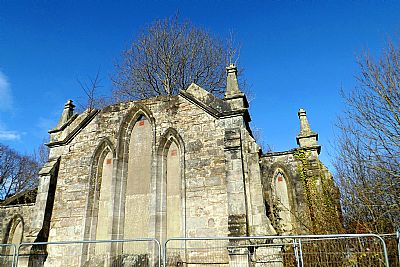