ACCESS : You can easily get to parts of the lade. The site of the works itself is now under housing.

The works was mainly within the meandering of the River Leven on one side and the lade formed to serve it on the other.

There are still a few signs of this works. The lade is still there although the section that flows through the housing has been heavily canalised with concrete. Gate posts remain within the overgrowth at the lower end of the site (downstream). A house that was outwith, but associated with the works, still exists off Johnson Road. Some of those houses that you can see on the map at the northern side of the site in Dalquhurn Lane were outwith the site and still remain in some form, either altered or replaced by newer ones.

You may note a "tomb" on the map. That is discussed under DALQUHURN BURIAL GROUND.

When the new housing was developed, the site was thoroughly cleared, stablised and raised both to avoid any residual contamination from the dye works and to avoid flooding. There is still an unused area that will one day be built on, but beyond it is what is shown on the old map as Dalquhurn Point. 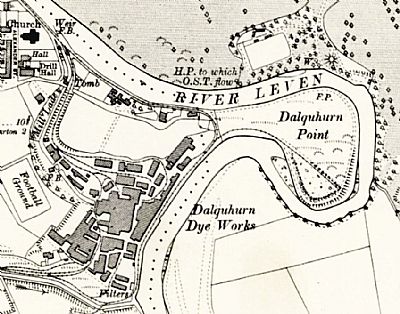 In this map of 1914, the works is well developed. You can make out the lade that still flows through the area, now housing (incoming -top left; outgping - centre).

The following photographs were taken in 2006/7. One of the warehouses was used by a furniture shop. All of these buildings, except a house, have been demolished. The area is now occupied by the Dalquhurn residential development or remains vacant awaiting development. 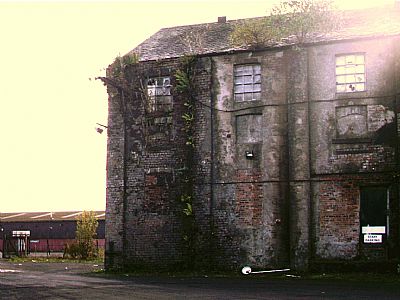 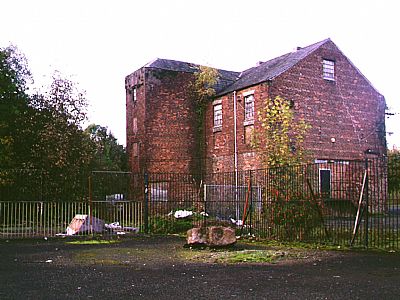 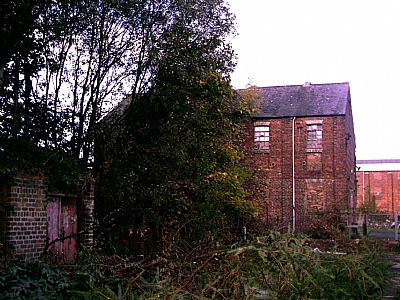 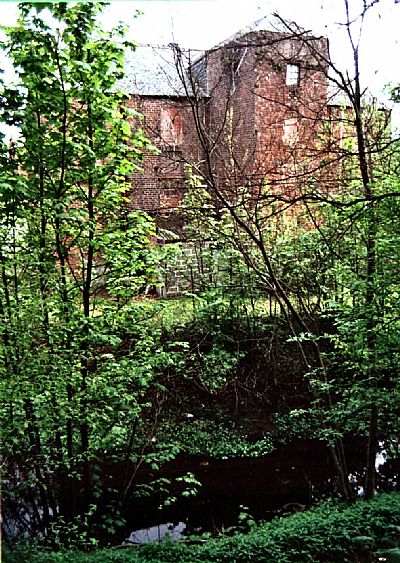 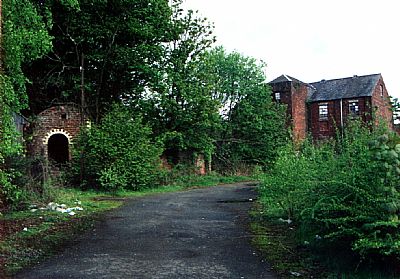 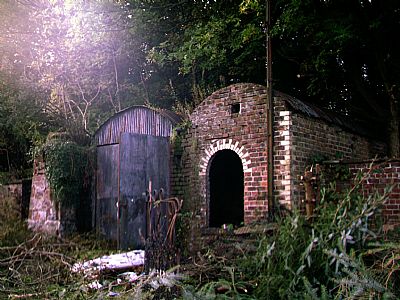 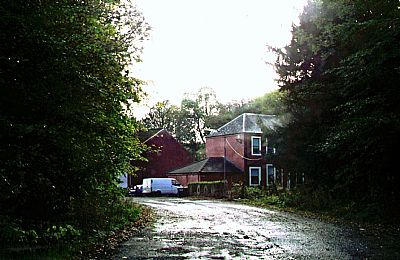 This house, Ladeside, remains although its outbuilding does not. It appears to have been the mill and not actually part of the dye works. Millstones can be seen built into the front boundary wall. The lade runs right behind it.

The following photographs are more recent including some taken in 2021. 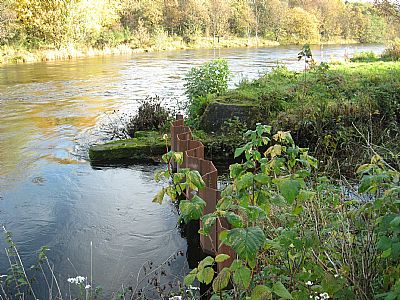 The outgoing point of the lade before being rebuilt. The sheet piling was a temporary barrier., but is still there. 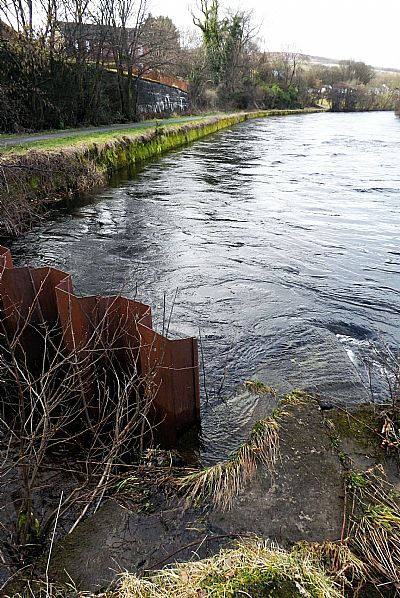 What water gets into the lade is largely incidental in spite of the piling sheets. The lade is seriously affected by litter. 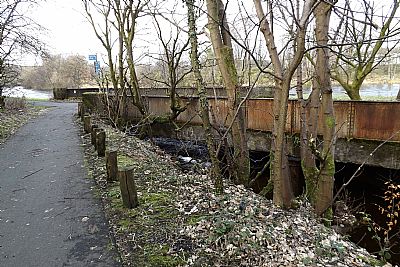 This photograph show the in-flow of the lade with a bridge over it for the tow path. 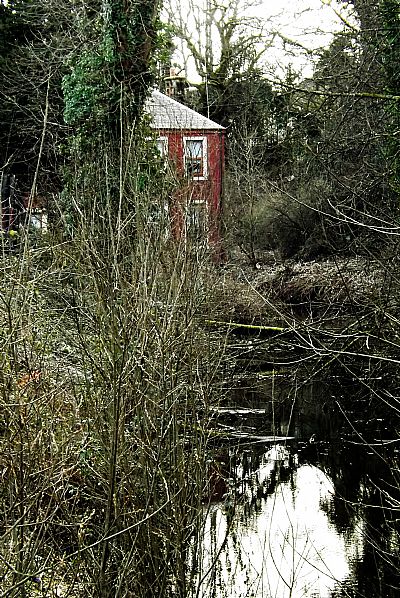 The lade leads under what is now Johnston Road. For this stretch it is much as it has been for years, picturesque and the home of waterfowl. That is Ladeside House in the distance. From that point on the lade turns abruptly to the left before returning to the Leven. 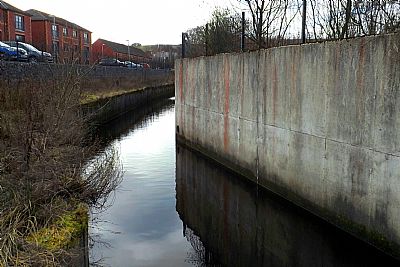 From where it turns back towards the Leven, the lade is now rather formidable. An opportunity missed? When the new housing was built, the land was raised to avoid any residual contaminants and to avoid extreme high water if the Leven floods.