///approvals.dampen.riverboat The best viewpoint is from the canal basin.

///vandalism.apple.chairing This is the crossing point over the railway footbridge and provides ample views of the harbour.

Visit this harbour at high tide and you would think it just another small harbour although you will soon notice a number of partially sunken vessels poking their superstructure forlornly out of the water. Visit it at low tide and the scene is even more forlorn. A vast sticky expanse of mud greets you. And those vessels can be seen at odd angles in that mud - picturesque though in a strange way. Do not attempt to approach them. That mud sucks you in. It is a sad scene, but the commercial potential of reclaiming the harbour is simply currently not viable.

The stone wall that is meant to protect the harbour from heavy weather and extreme current down the Clyde, is now partially collapsed; the once neat stone inner lining no longer serving its purpose. But in spite of that a modern navigation light comprising a thin steel pole and supporting an electric lamp stands on the far end.

Maps of 1918 and 1939 indicate a flagstaff at this location which appears to have stood on a large square plinth that is still visible.

Canmore tells us that this was used mainly for the laying up of vessels for repairs at Scott's shipyard and of pleasure steamers during the winter. This is illustrated on their website by old photos showing several sailing vessels or paddlesteamers (depending on the period), some utilising the quayside, others appearing to be moored in groups.

Plans have been mooted to use the currently derelict land on this side of the railway and slightly downstream, for housing. While the practicalities have not all been resolved (eg getting over the railway), this raises the prospects of improving this whole area, perhaps one day enabling the harbour to be viably reinstated too.

There are also the remains of some heavy timber decking that once formed a quay alongside a slipway. This cannot be safely approached. For more on that and beyond it refer to BOWLING SHIPYARD.

While this all looks rather despondent today, in the past this was a vibrant small harbour with a protective outer wall against the flow of the Clyde, a slipway and timber quayside with an area to one side for smaller craft. 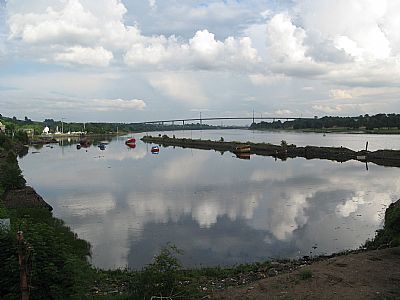 Looking the full length of the main basin towards the canal basin at the higher level and towards the Erskine Bridge in the distance. 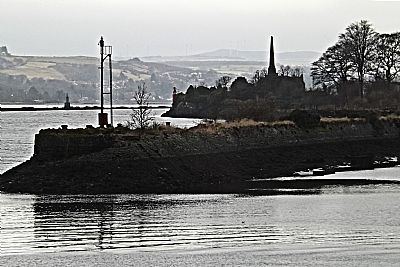 The west wall is of stone, some parts of which are crumbling. The east wall has timber support which has deteriorated even more. 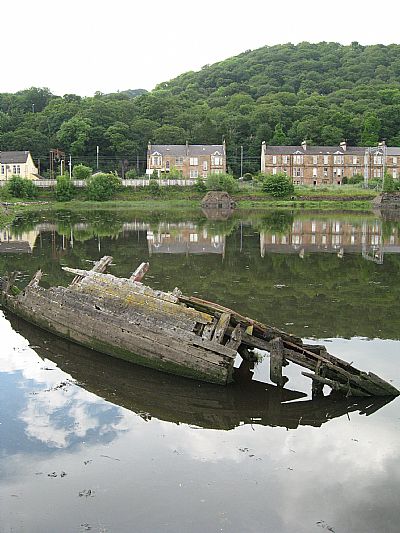 The remains of old boats emerge from the water with the tides. 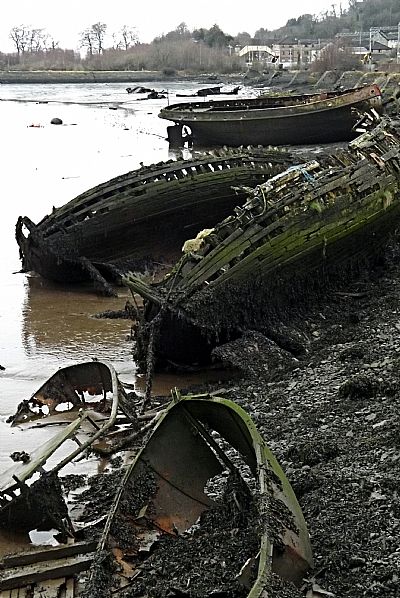 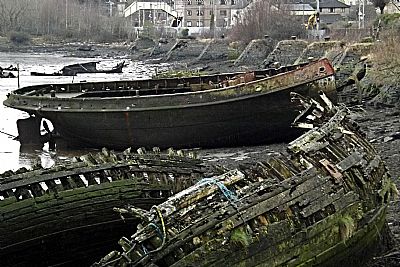 As the tide recedes the scene becomes a little sinister, yet captivating. 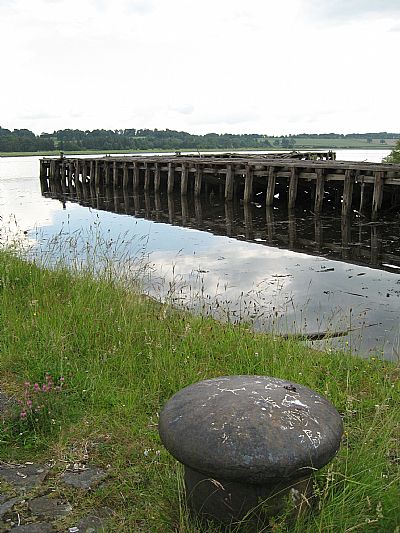 The old wooden quay and slipway to the right. For more on that see BOWLING SHIPYARD.