The name is intriguing and conjures up visions of a large home dominated by feline occupants. It is in fact a private bed-and-breakfast establishment.

Cats Castle is a very large, well-detailed and prominently-sited example of late 19th century Scots-Baronial architecture. As such it deserves the appellation of "castle" as this is the impression it was obviously intended to express. It built for Robert Craig who was a lawyer and Sheriff Clerk in Dumbarton.

It was originally called Hazelwood. 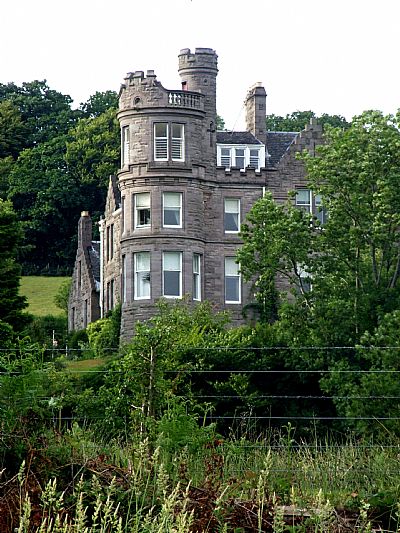 The view from the shore. 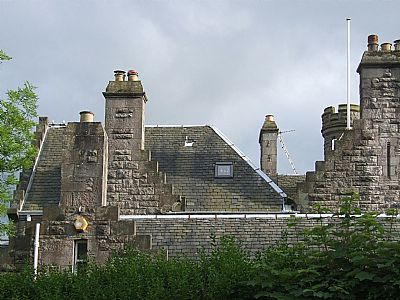