This is remembered by many local people as a private school. As such it had great dignity within its grand main building and lush grounds. Financially though it was struggling and it eventually closed.

Since then a housing developer laid out and built a number of impressive upmarket houses in the grounds. The stable building, also used by the school, was restored and added to as comfrotable flats known as McKinnon House. Although these have been successful, the overall project, which was to have included the restoration of Helenslee House and adaptation as housing, faltered. The main building quickly deteriorated and today is a ruin surrounded by collapsing fencing. It is on the Buildings at Risk Register for Scotland.

It is as a school that most of us remember it. The school opened on the 29th November 1915 as Kintyre Technical College, Keil House, Southend, near Campbeltown in Argyll. After a fire destroyed the originally building in Southend it was re-located and opened in Dumbarton as Keil School in 1925.  The school took a lease on Helenslee House, a 50 acre site on the banks of the River Clyde.

Keil School was an independent secondary school with around 160 to 200 boarding and day pupils. The school was an all boys school up until 1978, when it became co-educational. Keil School closed in July 2000.

When it was built it had a much more prominent setting overlooking the Clyde. Trees and other buildings have since limited that. Between it and the River Leven several large  elegant houses were built, but it was remained at the western edge for a long time.

At the rear is a large walled area that had had outbuildings used by the school, but which was originally part of a walled garden; the stables building being just beyond that.

Just beyond the western edge of the property is the congruous World War bunker with what looks like a gunnery or searchlight base. It is so close to the building that one wonders what would have happened if it was used in anger. 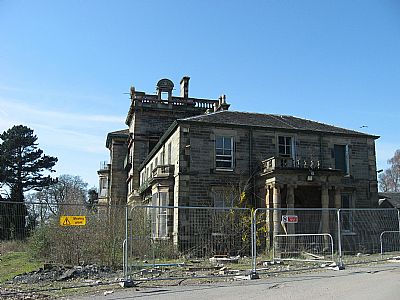 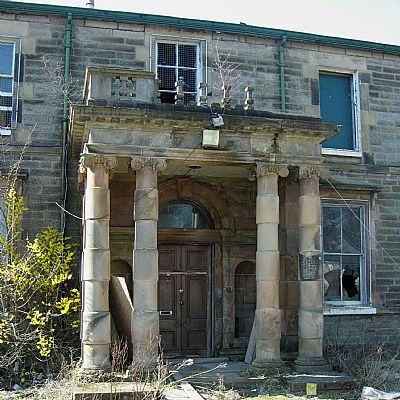 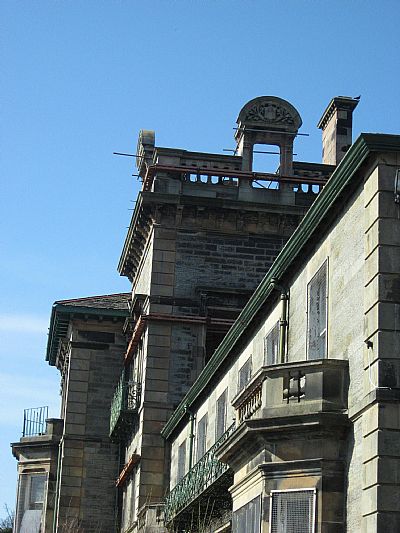 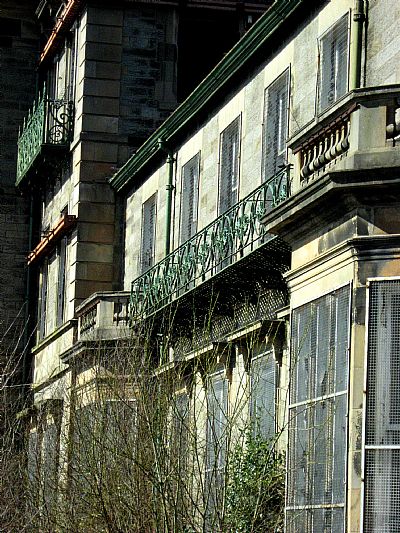 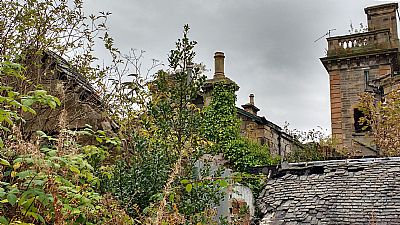 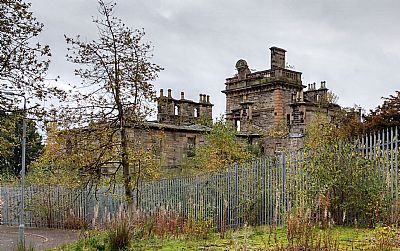 CANMORE website : https://canmore.org.uk/site/196929/dumbarton-kirktonhill-helenslee-road-keil-school This includes aerial photos dated 1927 which clearlt show the extent of the walled garden at the rear. The waartime bunker would have been to the left in the picture; set into the embankment.