The Dumbarton War Memorial was unveiled on 1 October 1922 to honour and record the names of the residents of Dumbarton who were lost during World War One. The names of soldiers lost during later conflicts have been subsequently added to the memorial. The memorial is situated in an excellent place for contemplation on the edge of Levengrove Park and overlooking the Clyde. 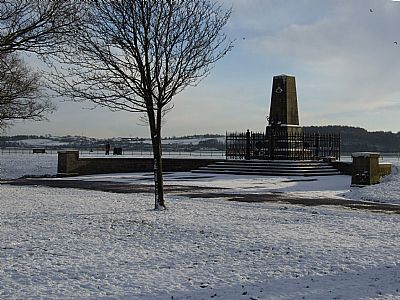 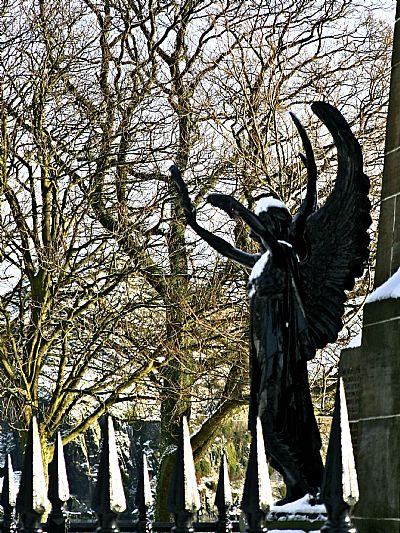 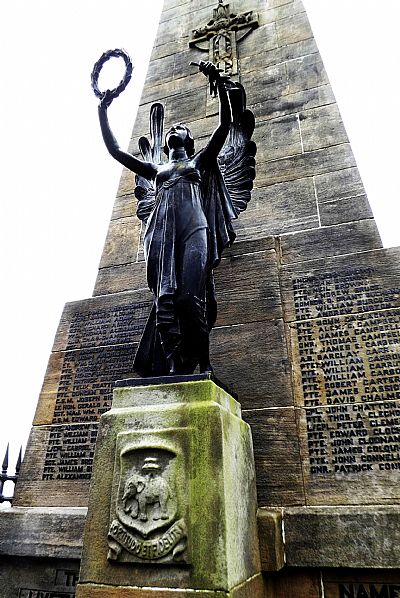 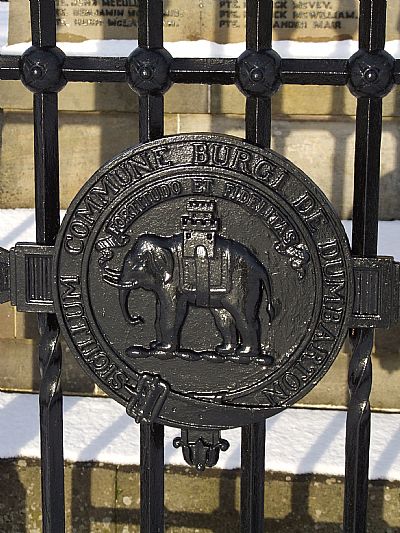 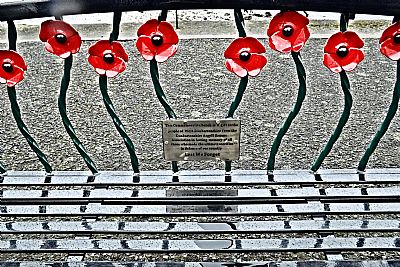 The plaque on this attractive bench reads :

This commemorates the First World War (1914-1918) with a mounted brass plaque on the inner wall of the booking office.

The name of Peter Denny stands out.

In our current age of embarrasment about Empire, it is pertinent to consider what the "Boer Wars" actually were.

These are wars of many names. For the British they were the Boer Wars, for the Boers, the Wars of Independence. Many Afrikaaners today refer to them as the Anglo-Boer Wars to denote the official warring parties.

The first Boer War of 1880-1881 has also been named the Transvaal Rebellion, as the Boers of the Transvaal revolted against the British annexation of 1877. Most scholars prefer to call the war of 1899-1902 the South African War, thereby acknowledging that all South Africans, white and black, were affected by the war and that many were participants. [BBC History website].

Unlike the other war memorials noted in this section, this was a war between those expanding the British Empire, "defending" its commercial interests in southern Africa (it was not yet "South Africa") and vying for the resources, mainly minerals that lay beneath this soil. The defenders were the Boers, a name simply taken from the Dutch and the language that had evolved from it, Afrikaans, for farmer. And they too had taken over this land from the native tribes.

So "fighting for their country" is very questionable. Yet this memorial is very important in understanding the history that we have inherited and which formed that place that we live in today. Much of the history of West Dunbartonshire runs alongside that. 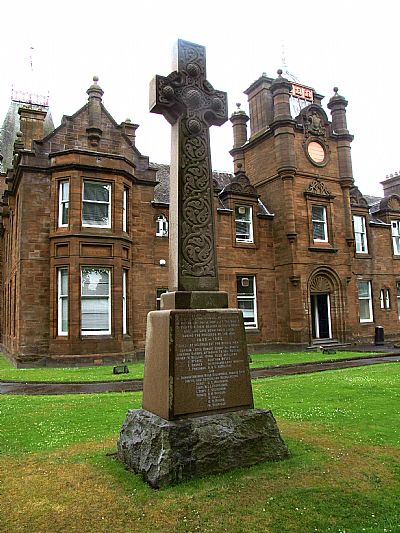 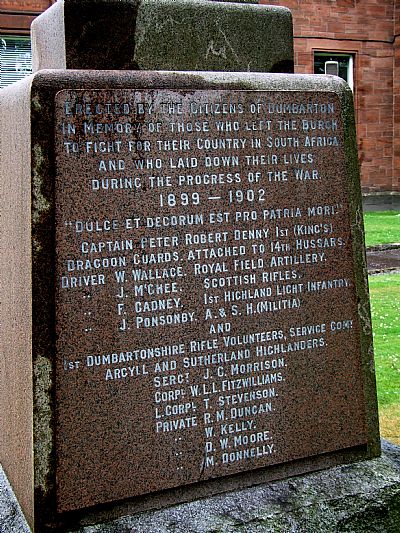 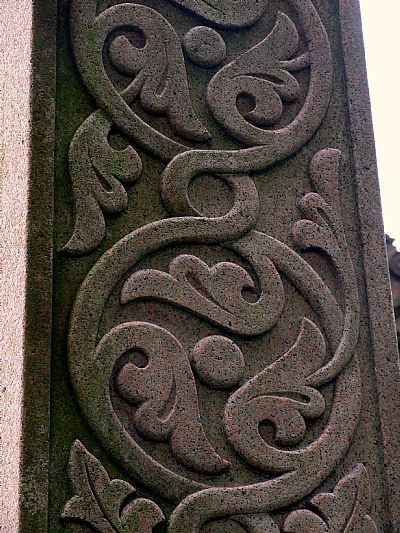 The Armed Forces Veterans Association of Dumbarton has premises on Platform 2 of the station. You can pop in when it is open to chat to the volunteers about what they do and to view their displays. Open Monday, Tuesday & Wednesday
1000 to 1400hrs (10am - 2pm ),