This fine brick church lies at the foot of Golden Hill. To the side almost on the burn was a bath house. Above was a fort. All occupied by Romans manning the Antonine Wall. During construction here, as anywhere in the immediate vicinity, there was some anticipation of Roman archaeogical finds. A quern was found when digging the foundations for this modern church. Although modernist in style, the church complements the rich heritage of the area. But it was not the original church.

On the 15th June 1834, the Old Kilpatrick Kirk Session consented to the Rev John Pollock preaching in a local school-house. In May the following year, a fund to build a church was started and an arrangement was reached with William Dunn, the Mill owner, to acquire for one Scots penny, 1500 square yards on the present site. The church was built over the next 18 months with most of the money gifted by local landowners and merchants. The first service took place on Sunday, September 25th, 1836.

The Reverend Pollock was replaced in 1838 by William Alexander who, along with most of the congregation, left to form the Duntocher East Free Church at the time of the Disruption in 1843. Duntocher East Church remained a church until Faifley Church opened in the 1950’s. It then became Hardgate Public Hall. [ Church website].

The church was destroyed in the Clydebank Blitz of March 1941. The foundation stone of the present church was laid in April 1950 and it was inaugurated by the Moderator, the Reverend W White Anderson, on Saturday May 10th 1952. The imposing yet gentle forms such as the parabolic arches express a fresh start and confidence after WWII. 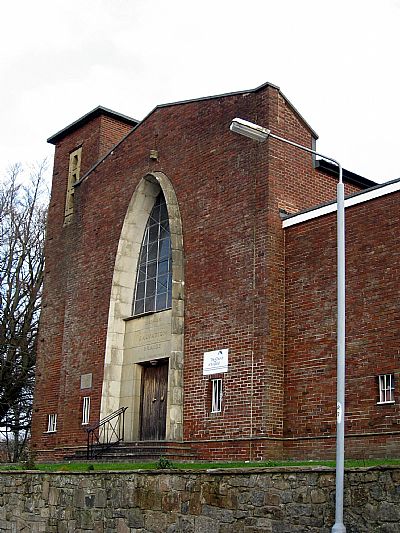 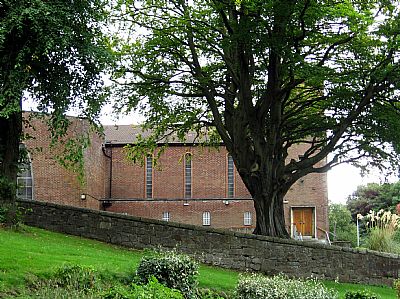