ACCESS : By car from Castle Road. On foot or cycle from Castle Road or along the Waterfron Path (under construction). If coming into Dumbarton by rail, Dumbarton East Station is the closest, but Dumbarton Central Station can also be used atlhough with a longer walk.

///chins.warm.runner The entrance to the castle.

An iconic vew from across the Clyde with the Waverley paddling past. 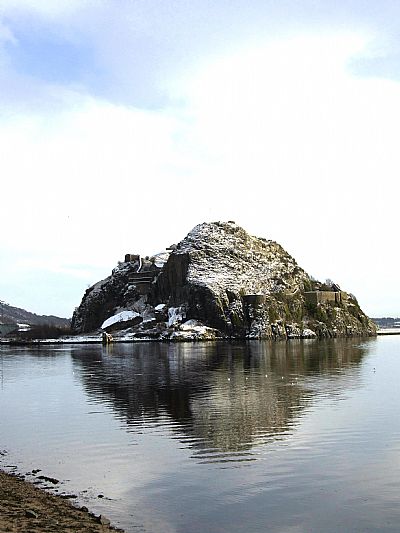 A wintry view from Levengrove Park. 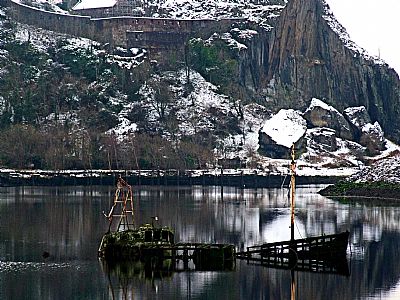 This view from across the Leven basin not only shows a wrecked boat in the foreground, but the cliff face and boulders below the French Prison. 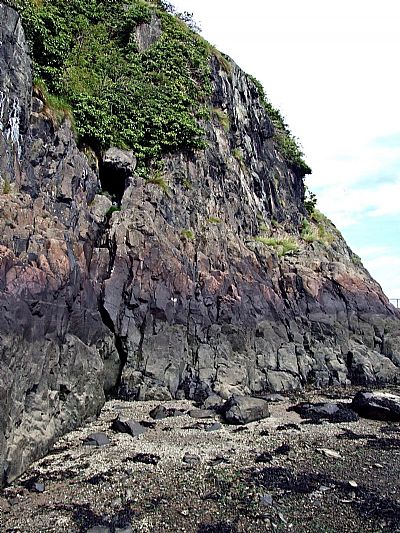 Local lore mentions a cave. This may be it. 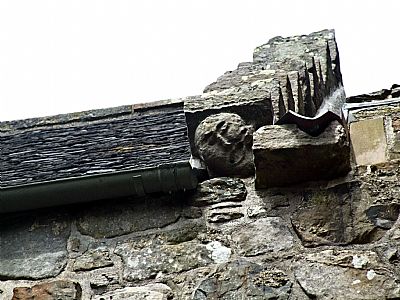 This grimacing face was probably built in as a talisman to ward off evil spirits or bad luck. It became to be known as "the False Menteith", the governor responsible for  William Wallace's imprisonment. 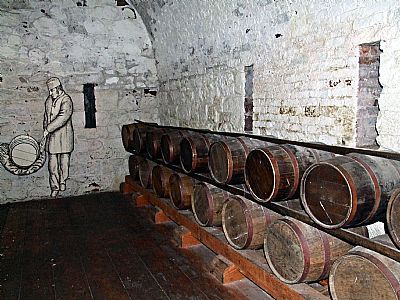 The powder magazine at one of the highest parts of the Rock dates from 1748. It held 150 barrels of gunpowder. (Very close to it is the watch tower struck by lightning just a few years ago!). 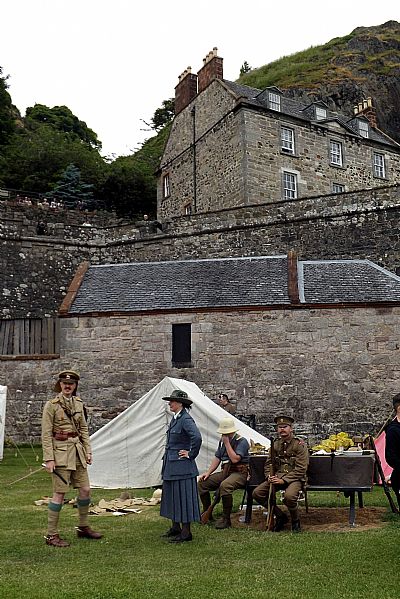 Each year there is a Rock of Ages event during which reenactments from various periods take place. 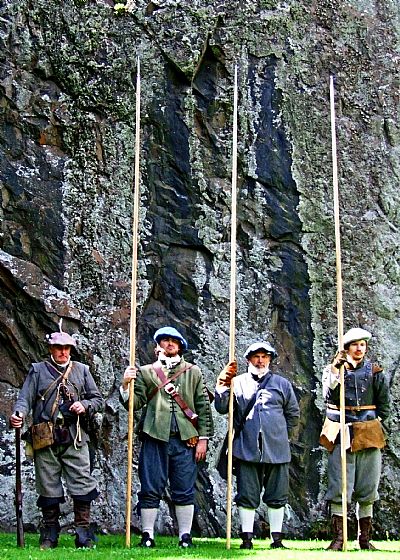 This soldier hasn't quite got the knack of it yet.

Dumbarton Castle makes the most of this strategically located geological vantage point. There are various buildings and a perimeter wall rather than a single castle, and it is imbued with a great sense of place and time. From being known as Alt Clut, ‘Rock of the Clyde’, it changed to Dun Breatann, ‘Fortress of the Britons’) from which the name Dumbarton is derived.

In the medieval period Dumbarton Castle became an important royal castle, although for refuge rather than as a residence. In 1333 King David II (Robert the Bruce's son) and his wife, Queen Joan, took refuge here after the Scottish defeat at Halidon Hill near Berwick-upon-Tweed. Mary, Queen of Scots sheltered at the castle for several months in 1548, after the Battle of Pinkie, east of Edinburgh, before moving to France. The castle was taken by Oliver Cromwell's troops in 1652, but it declined in importance after his death in 1658. New defences were built in the 18th century in response to threats posed by Jacobites. The military left in 1865, but the army made use of it again during both world wars.

But for all that, nature, not invading armies, took a swipe at it just recently in early 2017, when a lightning bolt caused severe damage to a wall turret. That was so very close to the powder magazine. If that had occurred when it was in use, just imagine what could have happened.

A visit to Dumbarton Castle is highly recommended, but you are warned that the same impediments to invaders face visitors too. Lots and lots  and lots of steps.

It is just not possible to do justice to the history of the castle in this brief discussion. The shop at the entrance has some books on it and most books on the history of Dumbarton cover it too.