This no longer exists.

Just outside the Cameron House grounds was once a zoo which specialised in bears! 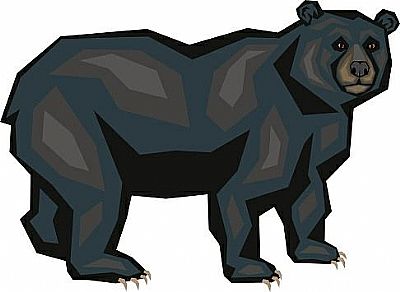 It had been created in 1972 by Jimmy Chipperfield, whose family were also known for their circus and the introduction of animal parks to stately home estates elsewhere. At one point it had up to 32 bears including 16 Himalayan black bears, 12 European brown bears, three grizzly bear and a Canadian brown bear, all of which roamed freely in a large enclosure. Visitors could drive amongst them - not always with their cars unscathed,

There were also friendlier animals which were popular with children .

Although may locals still retain fond memories of the park it was not a huge success and with some management problems led to financial instability. The three owners, Chipperfield, Patrick Telfer-Smollett ( who owned the land ) and Muir ( of Blair Drummond ), went bankrupt, not that long after opening.

It was re-opened in 1975, under the control of the Telfer-Smollett family and struggled on until the 1980s.

If you stroll along Luss Road or the route to Cameron House from Lomond Shores and you perhaps see a squirrel or a mallard, consider the impressive wildlife that held court here not all that long ago.