These are already just a memory. They are included here to illustrate the changes to West Dunbartonshire. The site is now housing.

This extensive building housed several council departments and the Council Chamber (in tandem with one in the Clydebank Town Hall). After a review it was decided to vacate the building and move to a smaller purpose built one utilising the facade of the historic Academy Building in Church Street.

Walker and Sinclair note that it was designed by Lane, Bremner and Garnett from 1962-5. It had been won in a competition in 1960. They describe it as a clever intersection across the landscape of a five-storey office block with pergola parapet that oversails a through driveway; raised council chamber acts as porte-cochere. [W&S]. 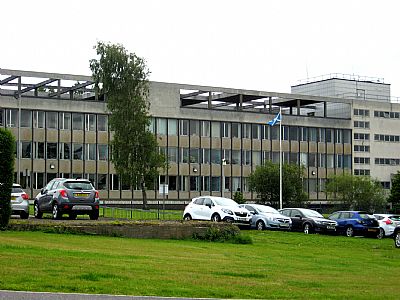 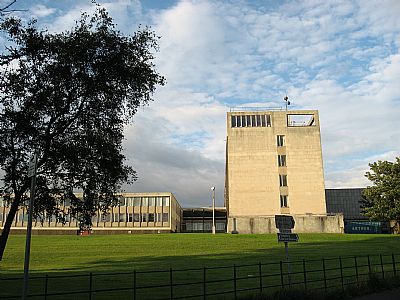