ACCESS : Accessible to the public up to the foyer where you will be asked to sign in.

Today there stands an elegant symbol of West Dunbartonshire Council's efficiency built on a great history and built heritage. Behind the old facade on Church Street stretches sizeable office accmmodation of several departments and the council chamber and meeting rooms.

But that was not always the case.

The Buildings at Risk Register for Scotland once noted that this building as a large, symmetrically planned French Gothic former academy of two storeys and attic with a square, central, 4-stage tower. Foundation Stone laid 23.6.1865. Damaged by fire 11.12.1882, and restored square, central, 4-stage tower. [BARRS]. Thomas Gildard of Glasgow, architect, originally provided plans for the academy, described as "Greco Italian ... exceedingly chaste and elegant", but White (presumably Lord White) of Overtoun commissioned Melvin & Leiper to provide plans, and their design was adopted. William Leiper, one of our most significant architects.

The result was an elegant building that has been described as forceful French Gothic [Walker & Sinclair]. Considering this label makes one realise that something is now missing. We will return to that in a moment.

The building had a succession of differing uses : academy, school of art, primary school, police offices, electricity offices, education offices. [Walker & Sinclair]. Not wonder there is sometimes confusion as to its proper name.

A fire in 1882 destroyed much of the roof including the belfry spire. [Walker & Sinclair]. This explains the difference that we see in the architects' drawing below and that today. Leiper restored the building the next year and added dormers, but did not replace the spire.

But why was it on the Buildings at Risk Register in the first place? This question goes well beyond the fire damage note above into the years up to fairly recently. The sandstone suffered deterioration after years of neglect. The structure became derelict in the later 20th century, having been damaged, again, by a fire in 1976. West Dunbartonshire Council proposed to demolish the building in 1994, but this was rejected. The building had begun to crumble and the Council had a stabilising structure installed to support the remaining four walls and tower. That is how it remained for many many years.

But by 2018, a brand new state of the art building had been completed to the rear incorporating the old facade which underwent intense restoration. That has proved very successful and has won awards.

The front façade is extremely richly embellished with carved figures and creatures.  One capital looks like leafs morphing into gryphons. Another has an angel clasping her hands in prayer but succumbing to severe weathering. That erosion has been halted. In some places stonework has been replaced. 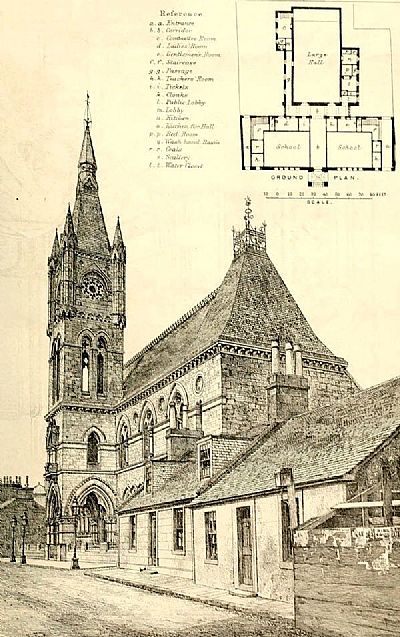 This is the original architects' proposal. 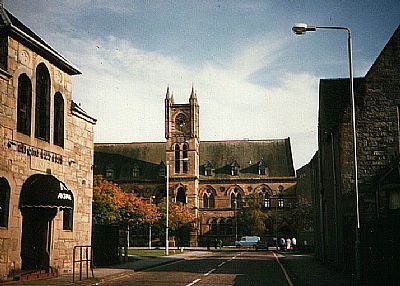 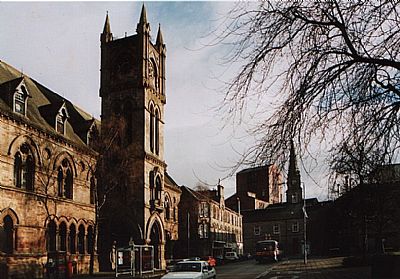 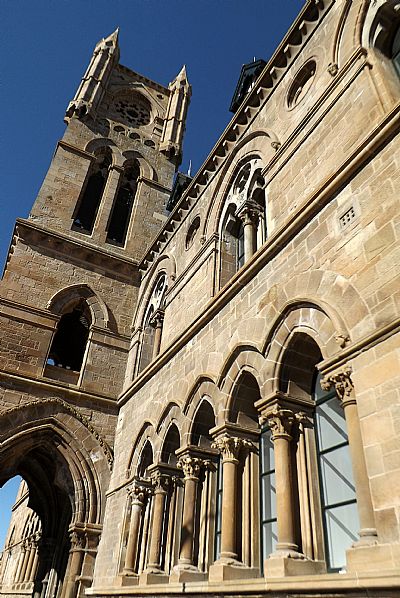 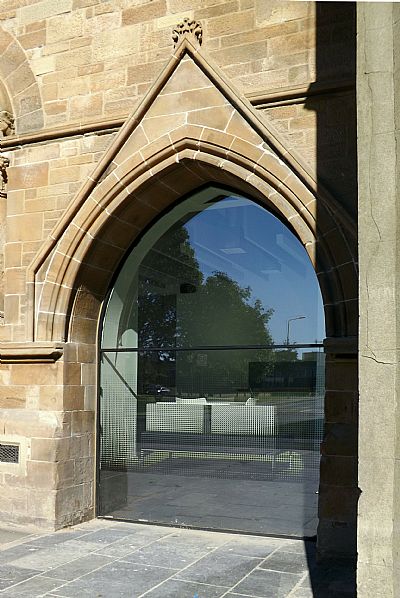 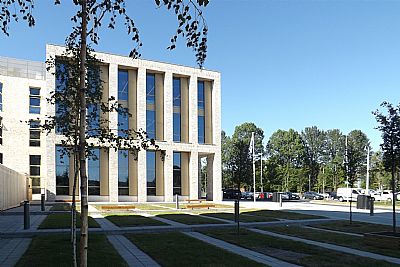 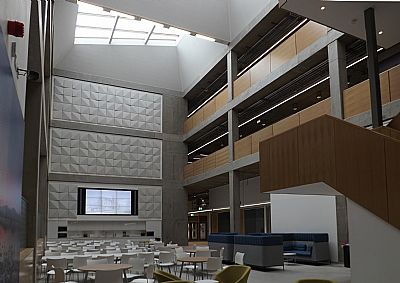