ACCESS : Easy access except for vegetation. The footpath runs between housing and the lade from Johnstone Road to the Leven. The burial ground is between that and Dalqhurn Lane.

There is pretty much nothing to see of this burial ground. In spite of that it is significant in that it represents earlier occupants of this land.

Canmore tells us that this area had been enclosed with a stone wall. By the time it was surveyed ahead of redevelopment it was already much disturbed both by vegetation and vandalism.

The surveyors found a demarcated area with a single chest tomb. This is most probably the tomb shown on the OS map of 1914. The tomb itself had also been vandalised with its top slab lying off to one side. The much eroded inscription recorded the burial of George Scott on his family's lands in 1767.

One may wonder why areas are laid out in certain ways; why such small parcels of land remain unused. This explains it in this instance. 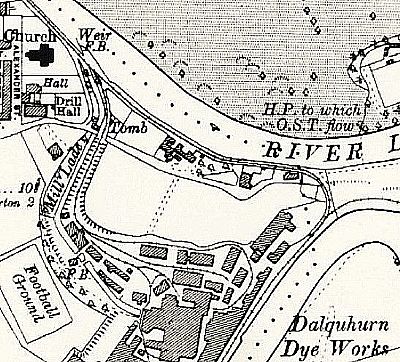 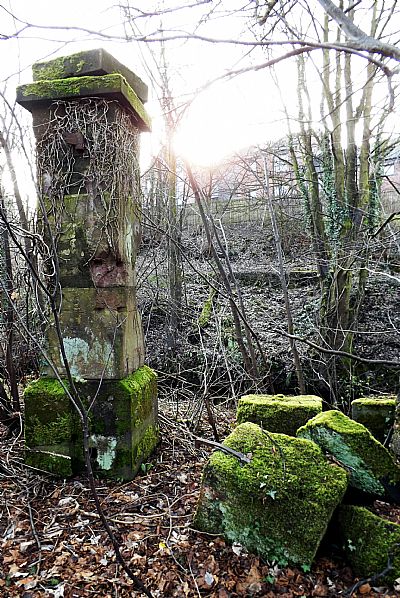 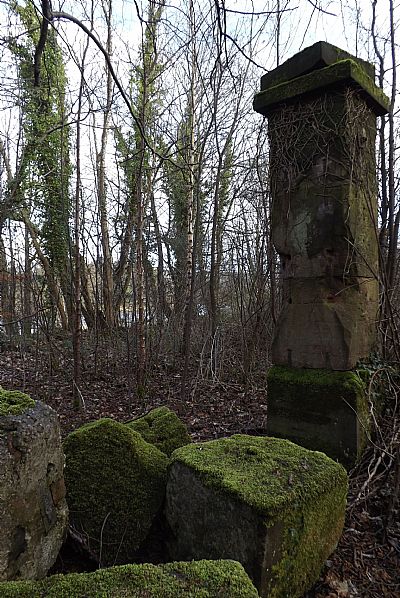 Two views of the same gatepost. The large stones lying about were probably part of the matching one. They appear to have been entered from the west side. The map hints at a narrow path between what would have been the burial ground boundary and the lade, but all this would have been disturbed as the dye works site and its lade were developed. 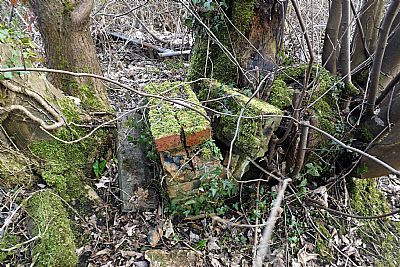 There is very little to see now. Bricks and stones have probably been taken off for reuse. This small remnant of wall has been damaged by tree roots. The record mentions a stone enclosing wall so this remnant which is a mix of brick and stone may be something else.