ACCESS : It is easy to get to get to the perimeter, but the site itself is very overgrown and has rough ground from the demolition with some pits.

The Cordale Print Works were situated within the tight meandering curve of the River Leven. to get to it, go to either end of Cordale Avenue where it is in sight of the river and walk along the towpath. While the tarred surface of the towpath takes a short cut past this promontory, a muddy track can take you all the way around.

All the buildings were demolished years ago,with one exception. Unlike the Dalquhurn Works a short distance downstream, this one was pretty much constrained by the form of the river.

The works appear to have covered part of Cordale Point too. At least one large, but shallow rectangular pit or pond can still be made out although the site is very overgrown.

The demolition squad did a thorough job. There is very little in the way of remnants of buildings. Spo often building material is recovered for reuse or as fill elsewhere. The lades, sometimes covered, can be seen, but have suffered collapse and misuse from dumping.

There is a route along the tow path that still circuits the meander of the river. (The cycle / walk path takes a short cut past this site). You will come to a modern workshop / storage compound. Prominent is a squat brick tower. Judging from the map this was either outwith the works or right on the side - the right / east side of the works. Look at the map again. It appears that this modern compound is situated in or next to the clear area which was perhaps a bleach field. 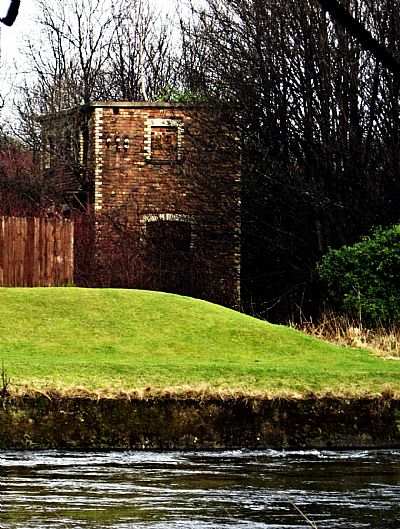 This brick tower is located close by the current compound. It is thought that the works themselves stretched out to the right (east) of this tower.

Coming through the works was a lade which appears to go underground for some distance as a pipe. It splits in two. This is the larger outlet. There is a smaller one very slightly upstream. On the map they appear as "V" shaped indentations which were later bridged over. 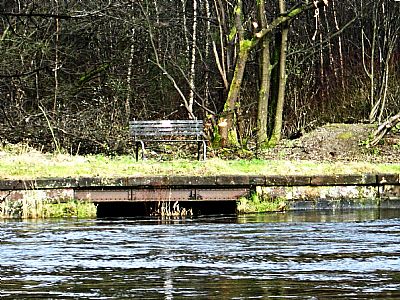 This is the outlet of the larger of the two. 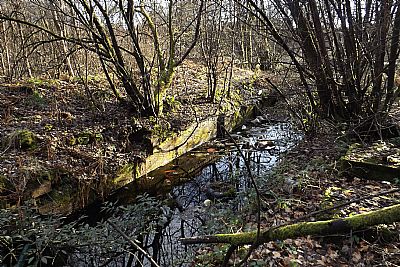 A remnant of the wider lade. 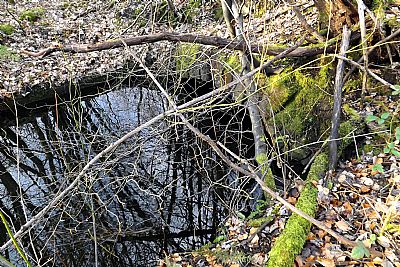 The lades are partially covered over with vaulted structures topped with slabs. 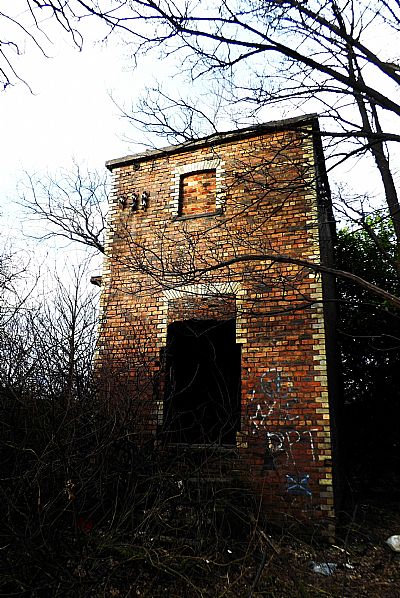 The approach to the tower. 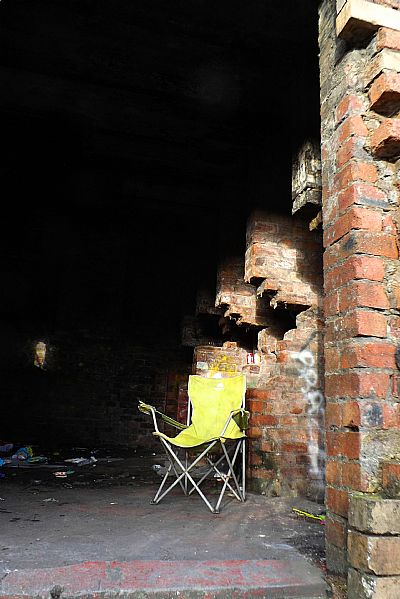 The tower appears to have housed some heavy electrical gear. It has several corbelled brick piers internally on one side with a bottom channel. This purpose is supported by Lairich Rig writing on Geograph.org and the remnants of isolation connectors on the west wall. 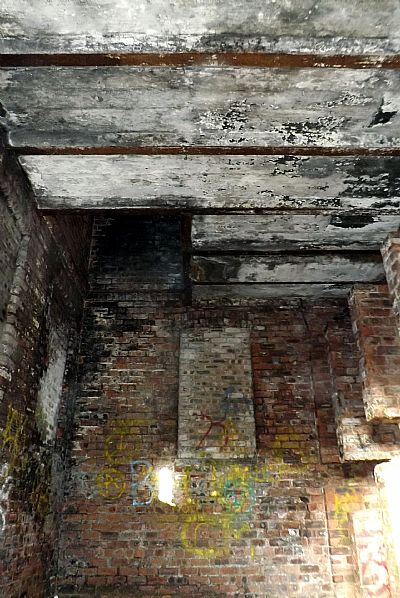 The upper floor is concrete supported by universal steel joists. The hole in the slab is for the stairs or ladder. 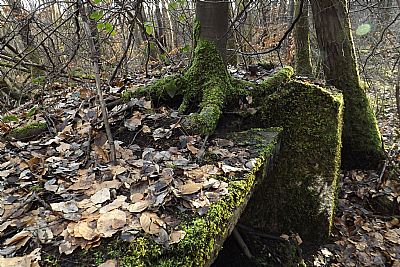 Although several buildings can be made out there is almost nothing left of them. This is a tree that has crept into the side of a slab. 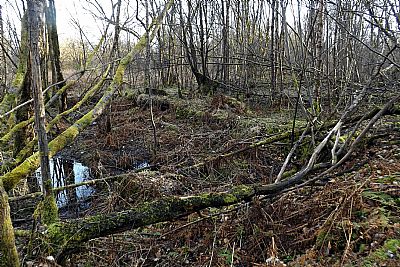 This is a pit that is very overgrown and silted up.