ACCESS : Ready access to the sports grounds and surrounds, but although the building has been stablised, it is still closed.

Sitting just a little above some sportsfields is this modernist architecture. It had become rather derelict and drab, almost forgotten if not for its otherwise imposing position. But at last it has being given some attention.

Some ornate classical or Victorian buildings can shine their character through some decay. What had been intended originally as clean carefully balanced lines and masses in modernist achitecture, need to be clean and fresh to express their qualities. Once in decay they may struggle to retain respect. This is what happened with this building. Its long lost dignity tarnished by time and lack of care.

But it was recognised as special by those in the West Dunbartonshire Council and the (then) Historic Scotland and was listed to ensure a degree of protection. That was back in 2010 and at long last it is being given a reprieve.

Modernist architecture was a style based on the then new and innovative technologies of construction, particularly the use of glass, steel, and reinforced concrete. The notion that form needs to follow function was key. It needed to be functional and smart and to do that it needed to express minimalism and reject of superfluous ornamentation. This is exactly what this building does.

It was built in about 1937 for what was then the Clydebank Burgh Council. This was a period between the wars when this style of architecture was being created. It is therefore a fairly early example and rare in Scotland, particularly as a sports pavilion.

The development of the sports fields and pavilion had probably been built to serve the  1930s Mountblow housing estate which lies to the north and east. The then new Modernist architecture of the 1930s was developed in tandem with significant social change. Amenity buildings became integral to housing schemes and were essential for their wider health and social benefits. 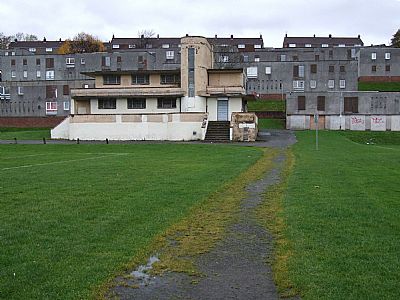 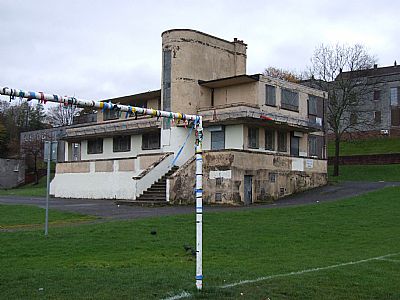 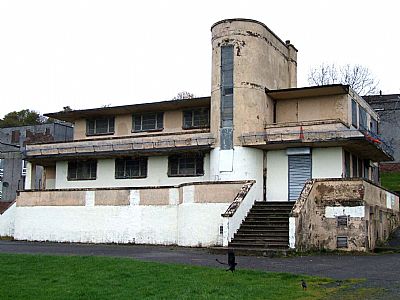 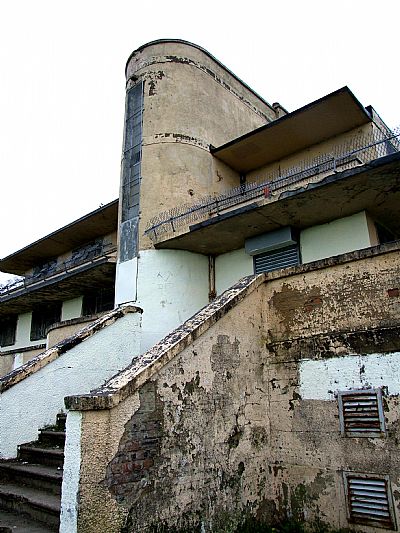 These are some photos taken some years ago before renovation work.