This is not a complete list and is being further researched.

BLOOMHILL, Carman Road leading out of Cardross to Renton.

Accessible across a field and vegetation.

While this one is outwith West Dunbartonshire, it may explain some of what we find across Carman Muir and elsewhere.

Canmore tells us that a small brick and concrete built water tower and two hut bases can be found. These are quite evident even though the brickwork has been removed. The base is overgrown, but quite near the road; the water tower stands rather alone in a field with cows. (It looks like a chimney). These are noted as being associated with this World War Two searchlight emplacement. 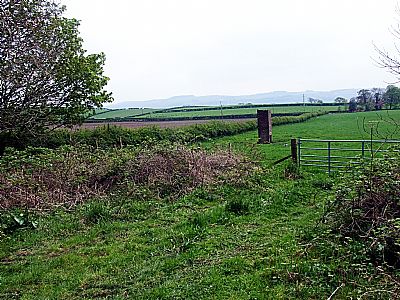 From the bend in the road, you see this. What looks like a chimney in a field often surrounded by cows. 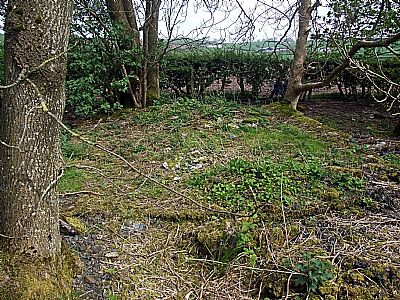 There were many areas along the River Clyde and into the areas around the Firth of Clyde that the Luftwaffe would have sought out as targets. It would therefore be expected to have both detecting and defensive provision along this line from Glasgow, Clydebank, Dumbarton and on to places such as Greenock.

ACCESS :  Access up to it is easy, but the structure is unsafe and must not be entered.

There is a bunker here right behind and slightly west of the Keil School building. As that was Helenslee, an impressive private house, that location is rather strange. The bunker is very overgrown and unstable. Although it appears on PastMap as a building outline, it is not marked as being of any significance. The layout is a broad "L" in plan. It is set into the bank and hardly noticeable from the back. The front has a squat doorway from which one would to the side which would be protected from firing or bomb debris. Pipes or narrow"tunnels" are reported from the rear. While these may be for ventilation, they could also have offered escape routes.

The whole structure is collapsing, mainly from vegetation, and should not be entered.

Right in front of it and under a think layer of moss and other vegetation is what looks like a large circular hardstanding. It is very likely to be either for a search light or an emplacement for a single gun. As it is not set in with berms or other defences it is most likely the former. The large house would been in the firing line if it was a gun emplacement - searchlight would have been less impeded.

Searchlights were lit when warnings were communicated to their crews. They sought out invading warplanes and worked in tandem with gunnery teams and others manning means of detection and deterrent elsewhere in the area. Those manning the searclights had some challenges. Not only did they have to get the carbon rods lit in time, but then seek out the invaders overhead. In turn the invading planes would identify them as easy targets. While the emplacement at Cardross had not obvious refuge, this bunker would have provided substantial protection.

The bunker structure is a combination of stone and brick masonry with a concrete floor and a concrete roof. It was built into the hillside bank and had a layer of earth over it both for camaflouge and to absorb bomb impact.

A reasonably large flat hardstand would have provided a suitable stable working area for the searchlight. There would not have been any large trees at the time so a good view of the Clyde was possible. The proximity to Helenslee (Keil) though is surprising. (That was built before the First World War). 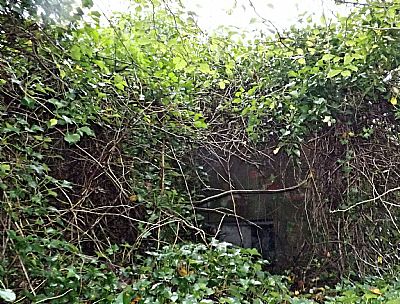 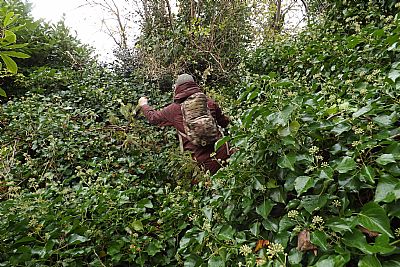 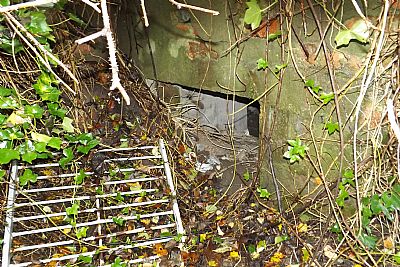 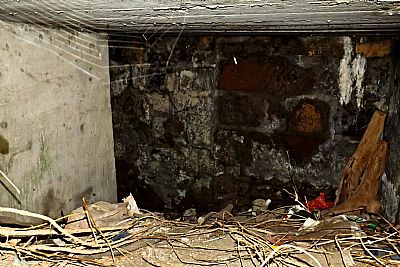 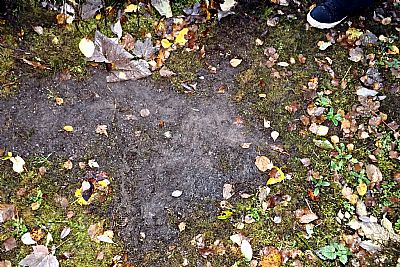 ///distracts.flexibly.cooking Exact location to be confirmed.

This site is noted on Pastmap as being in a field and that all remains appear to have been removed.

A searchlight would have been an obvious target for bombers so a bunker would be expected to offer refuge. In that case, why did the searchlight at Cardross not have a bunker? The answer may be the terrain didn't offer an easy place to dig in. But then why was this exposed site selected. And then why is the more obvious and more robust installation near Helenslee not recorded by Canmore?