ACCESS : The site is now housing. It can be accessed where there are pedestrian through routes and along the Waterfront Path.

Early in 2017, the last of the iconic red brick buildings on the shore of the River Leven began to crumble under the long reach gnawing machine of the demolition squad. This tall building had stood for years after all that around it had already gone. The financial crash that preceded it almost a decade before had deterred the housing projects proposed for this important site. There had been talk of reusing the tower, with major adaptions, as a pivotal high-rise block of flats.

The views would have been amazing. But the adaption to that awkwardly proportioned and very heavy steel and iron frame within was challenging. Perhaps the delay in removing it had been a ploy to get locals acclimatised to having such a tall building amidst the many low rise before rebuilding something of the same height. Whatever it was that now tatty and forlorn structure had gained a degree of sentimental significance. The large site has since been used for new housing and Lidl.

The large grain Dumbarton Distillery had been built by Hiram Walker in 1938, two years after they had acquired George Ballantine & Co. of Dumbarton in 1936, and was one of the largest distilleries in Scotland.

The distillery was built on the site of McMillan Shipyard. You can still see remnants of the quayside. But that is another story.

The lower buildings being removed all those years ago, but horror had been expressed when the smaller and dignified ones along Castle Street suffered the same fate. They were effectively a continuation of the housing (and some offices) stretching out between the Denny Tank and the town centre. The town then endured a toothless gap in the street-scape with a broken fence and views of dust.

The urban scene and texture is continually morphying into completely new form and function. We now see Dumbarton Harbour housing and Lidl filling much of it (2019/20). There is still some way to go until the Denny Tank Museum and adjoining surviving buildings regain some sort of comprehensive setting.

While actual memory may go back further, our spacial memory seems to adapt quite quickly. We adapt along with the environment. The tower of the Distillery lingered for many years alone on a diserted gravel site - some sort of reminder of the former glory and perhaps also a means of assuring acceptance of other fairly tall housing still to come. The following are photos taken over the last two decades and are offered as a record of that period. 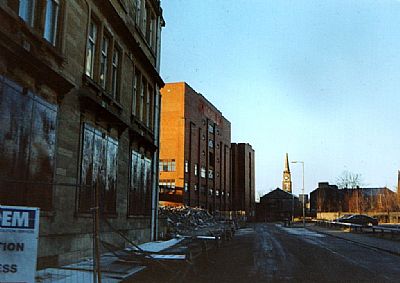 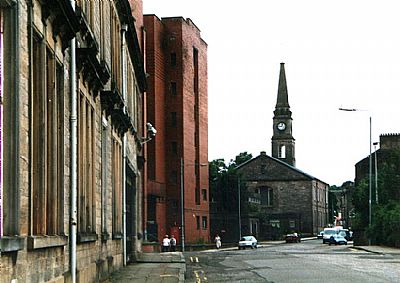 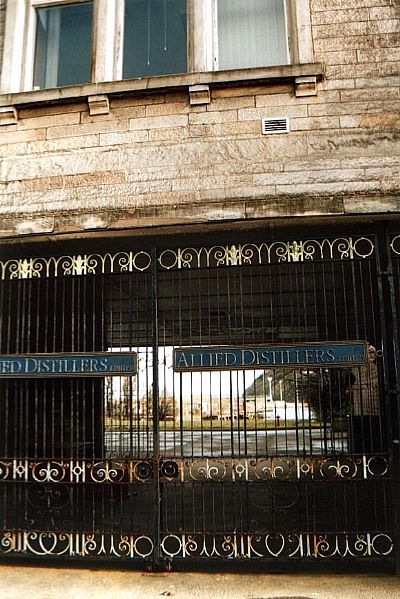 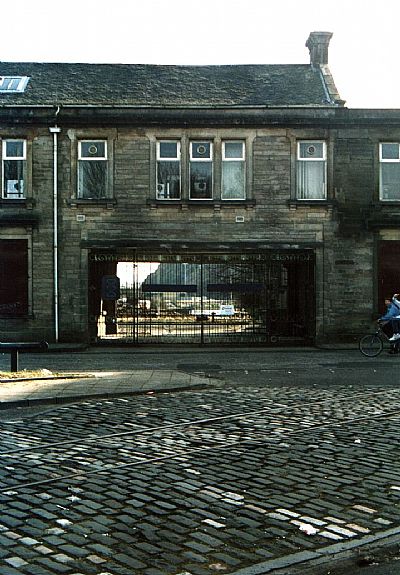 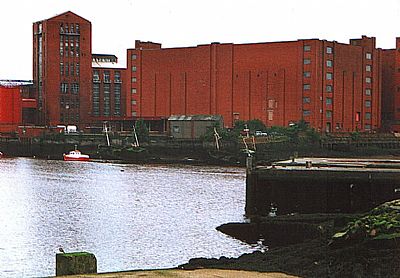 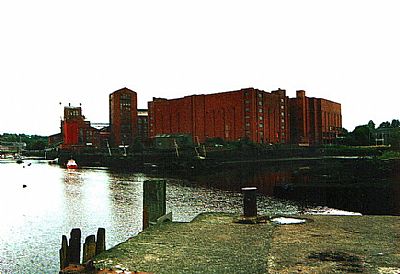 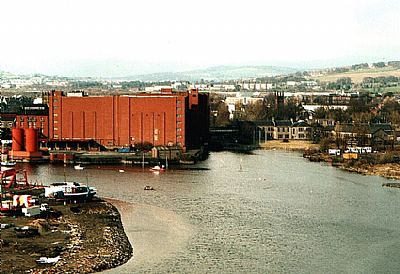 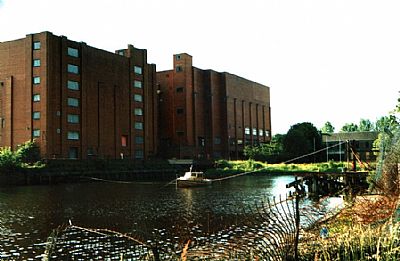 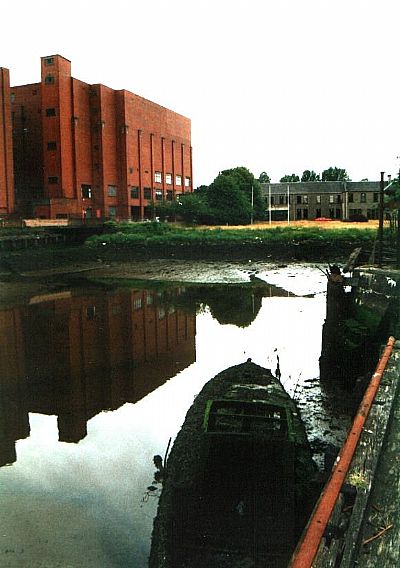 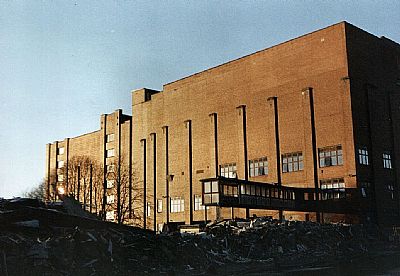 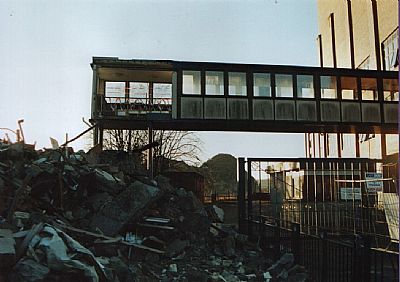 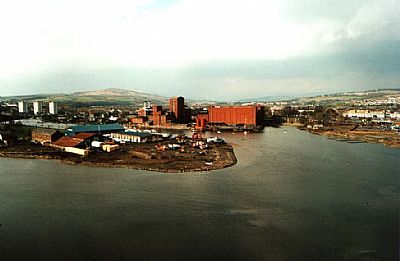 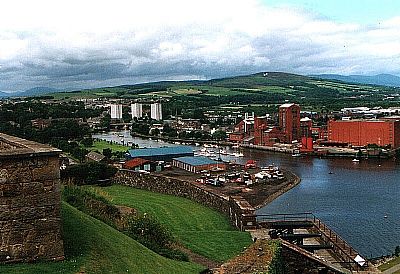 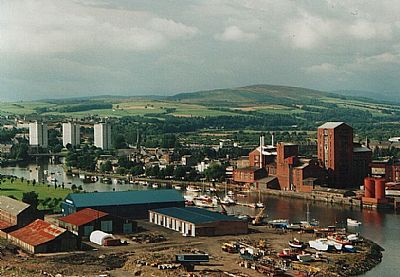 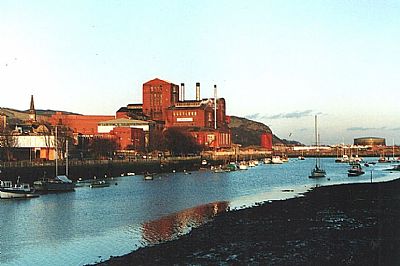 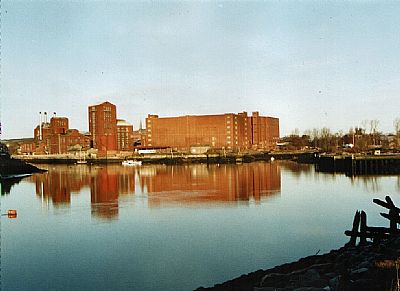 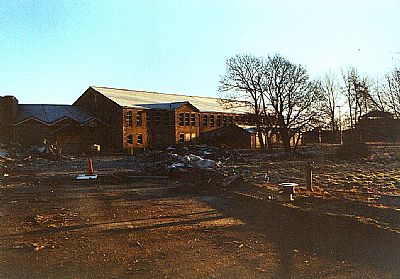 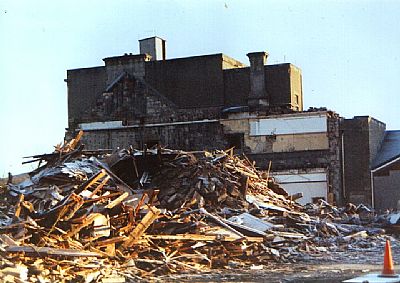 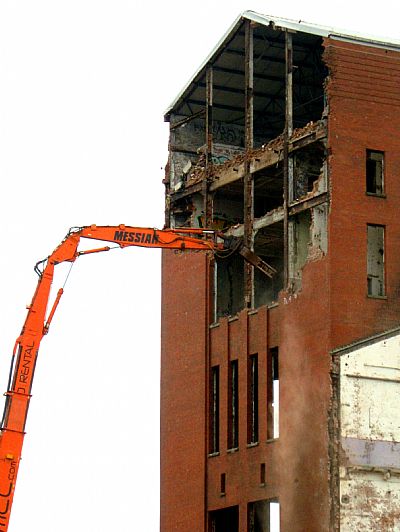 CANMORE : https://canmore.org.uk/site/90311/dumbarton-distillery This includes some internal views of the plant.