FIRE STATION, tenements that had been the old firestation, Hall Street, Clydebank.

This simple but charming pale ashlar tenement block was originally the local fire station. It faces the side of the Clydebank Town Hall. That end of the town hall had the police station and the two functions would work in tandem. It backs onto the rear of the Morison Memorial Congrational Church.

The fire station was designed by the architectu James Miller of Glasgow and completed in 1902. The upper storeys were accommadation the ground floor the actual fire station. Three arches (two now infilled) lead off the street to the rear court. 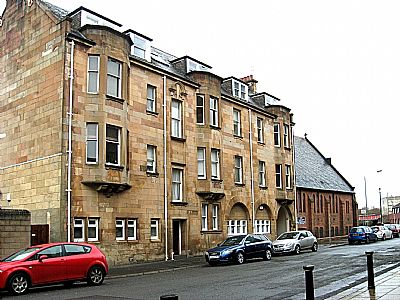 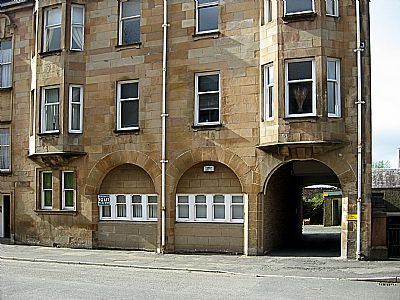 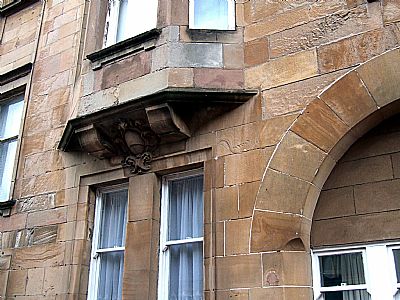 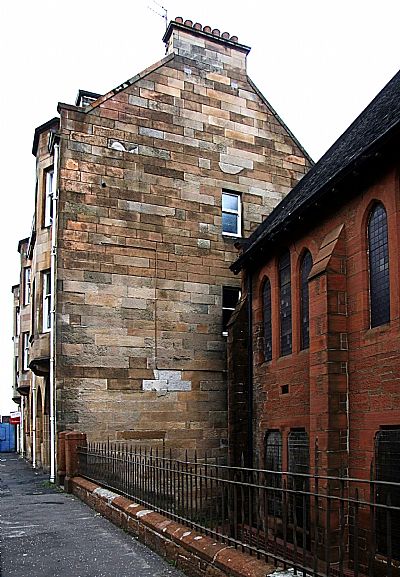