ACCESS : Stairs up from the pavement. Check opening times.

This is a solid mass of an ediface right on Dumbarton Road. Yet it has the dignity appropirate to such an establishment of literature. The mass is given lightness through raising the main floor above street level. That main floor and a second one rise up between classical looking pilasters; the building's corners heavily quoined; the roof hidden behind a heavy entablature and parapet.

A basement level is almost hidden, but behind a lower pavement edge wall. It is within this basement that you may also find some interest in the collections or displays.

When it was designed, the process of entering, of rising up into the building was much more important than ease. As one rises up those entrance stairs we are greeted by a vaulted arch and grand stone carving.

The ArchitectureGlasgow website tells us  that it was purpose built lin the early 20th century. It was was partly funded by the Scottish-born American philanthropist, Andrew Carnegie. The architect was A. McInnes. It opened in 1913. 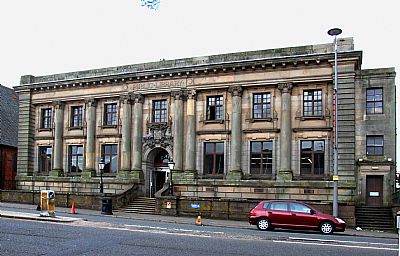 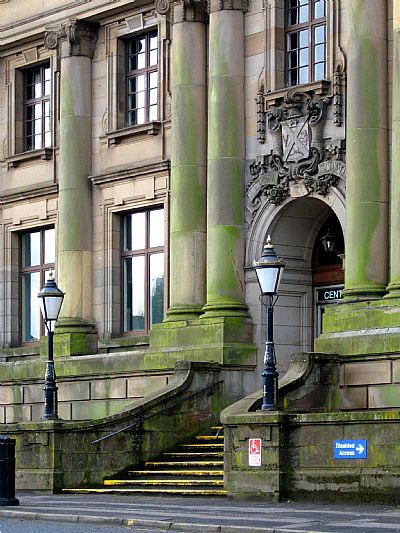 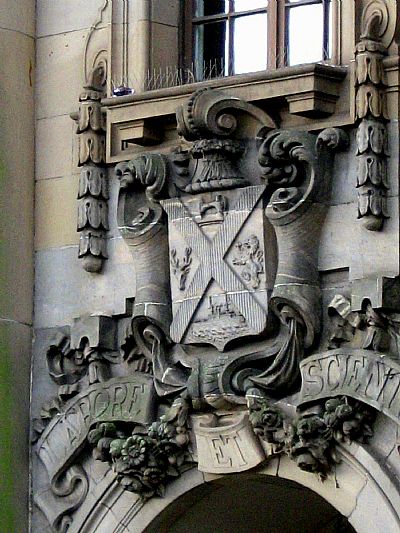 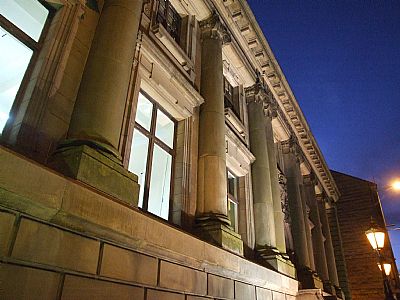 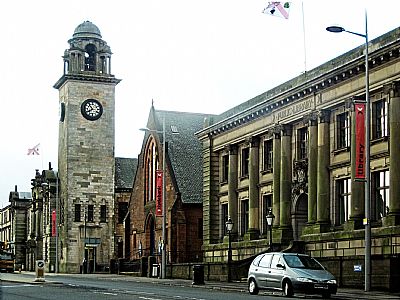 This photo clearly illustrates how buildings work together. They do not have to match, but have something in common.