These are an interesting small group of terraced houses with frontage right on the equally small street. PastMap labels them "India Cottages". India Street leads off the bottom of Alexandria Street once you pass under the railway and are almost at the River Leven.

The reference to India has both colonial and printworks connotations. The printworks refers to printing of fabric and the raw material was largely from India.

Old maps show this row as backing onto industrial buildings. Across India Street and also Alexandria Street were also terraced houses. Canmore tells us the latter were "workers rows". John Hume, recording for Canmore in 1976 notes :  Housing, Croftingea, late 19th century. Two handsome ranges of worker's housing, associated with Croftingea Printworks. One, 'Foreman's Row' is a two storey and attic rubble block, with external open stairs at the rear. The other is a one-storey and attic group, ashlar-built.

Today the neighbouring housing is gone and is now landscaped. The map of 1860 suggests that this India Street row is greatly shortened, but they may have been completely rebuilt as they appear a different depth in the 1899 map. By 1914, as shown on the map below, the area is well developed. You can make out the remaining buildings as marked with a star.

Although one has unfortunately been painted, they still retain their attractive sandstone details and form. 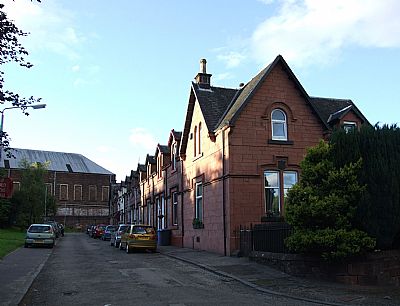 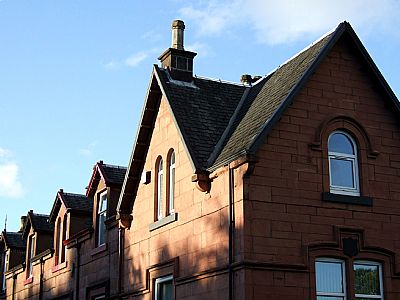 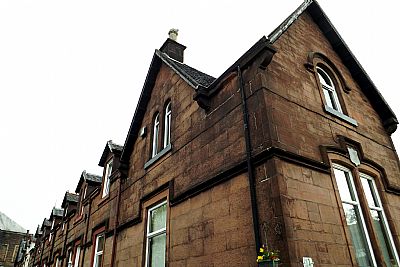 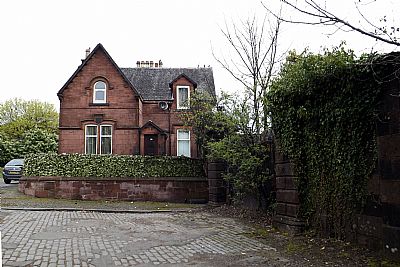 The row may have lost its sense of lane and is separated from the main part of Alexandria by the railway line, but it has good quality industrial buildings and gateposts adjoining it. There is still a cast iron post box built into the wall and a quantity of old cobble stones. Such features work together to enhance each other and need to be considered in a group context. 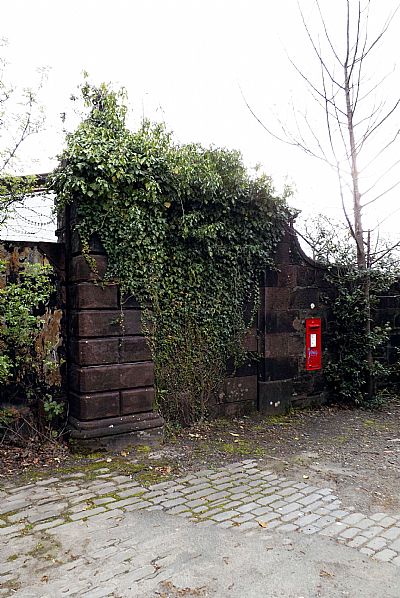 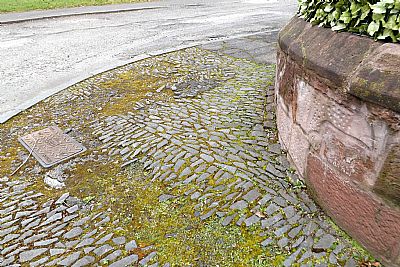 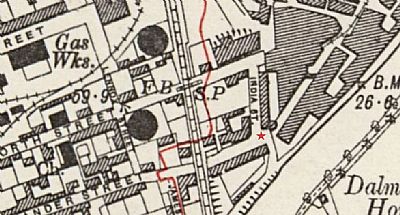