ACCESS : These are commercial premises and free to enter during working hours.

We can trace the embellishment of buildings with sculptural forms through much of architectural history with the Victorian era providing us with much of the best examples in Scotland. Such architecture uses a language and vocabulary in its own locally unique dialect, but can be read and understood across the world.

The end of the Victorian era (with the Queen's death in 1901) and the collective style that her name is associated with was already morphing into the Edwardian era and a less exuberant use of embellishment. It was also a time in which industrial and engineering progress was becoming within reach of the common man. The motor car epitomised this.

The Argyll Motor Works was opened in 1906 (the tower is dated 1905) and at the time was the largest producer of cars in Scotland. It was designed by architect Charles James Halley. The factory covered 12 acres (4.9 ha) stretching out beyond what we see today. It was served by its own railway line and had several streets of houses for the factory workers. All this architectural exuberance and confidence in this new industry was well justified by its initial business success, but industrial processes were changing fast and it couldn't keep up. This facility cost over £200,000 and was designed to produce 2,500 cars per year, a figure that was never even remotely approached. It eventually closed. After the Argyll company folded it was used as a torpedo factory, subsequently lying empty for many years, and is now a shopping centre. What you see today is the administrative building with a dilapidated adjoining house and gate house. Various schemes have been mooted to alter and extend the building to other commercial uses.

Although designed after what is properly considered the Victorian era and associated architectural exuberance, it is nevertheless a fine example of that, complete with ornate detailing and unusual dome and tower. Look out for the stone Argyll Motorcar complete with symbolic female heralds and machinery in stone. Also take a good look for other imaginative creatures at parapet level.

LOOK FOR : A Walrus. 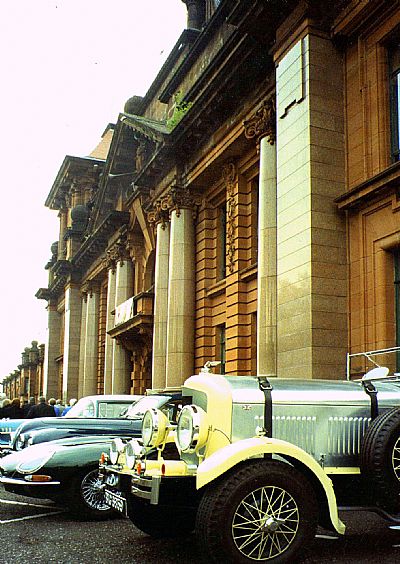 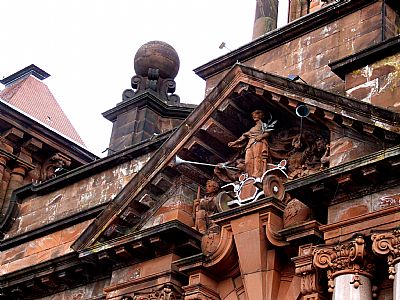 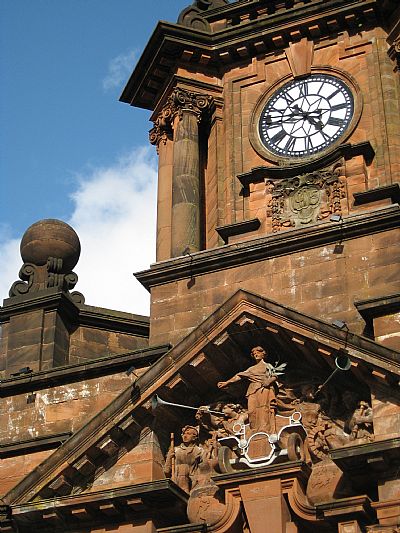 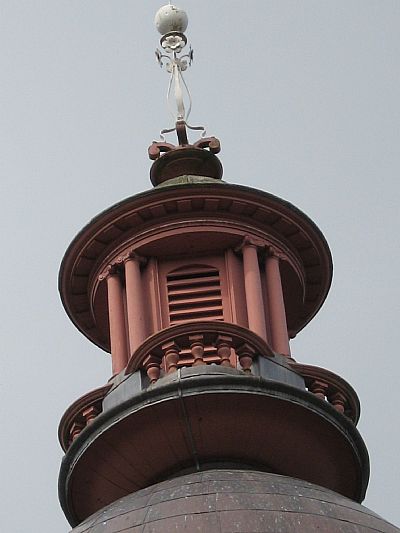 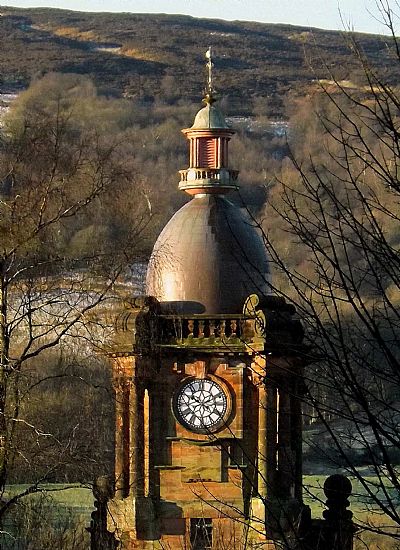 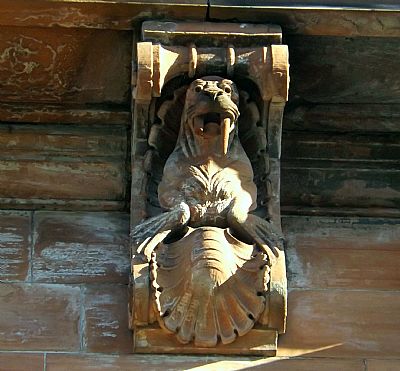 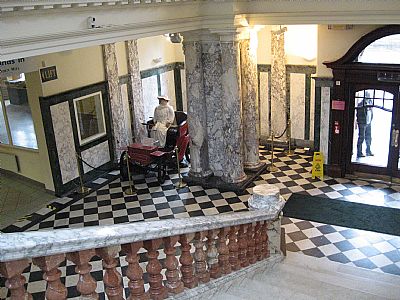 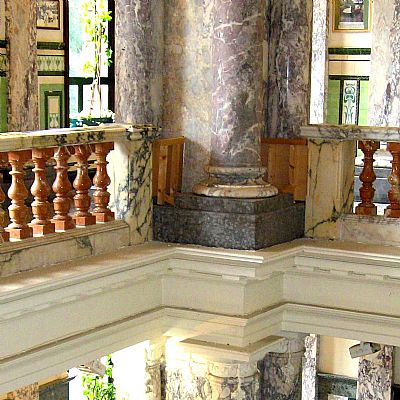