The congregation was originally founded as St John’s on the Hill in 1897. The present church was built in 1904 on land gifted by William Black of Auchentoshen. It is designed in a simple Perpendicular style; a low cruciform church of red sandstone. The battlemented belfry was added in 1933. The memorial side chapel has with tapestries and a stained glass window by Eilidh Keith 1997, dedicated to the victims of the Clydebank Blitz. The bell 1933 is one of few remaining in this former industrial community of Scotland. [Scotland's Churches Trust].

The town suffered the most concentrated bomb damage of any part of Britain during the Second World War. The Luftwaffe attacked military targets including the John Brown shipyard and the Singer sewing machine factory. Official figures suggest 528 civilians were killed, more than 617 were severely injured and around 12,000 homes were damaged, leaving around 50,000 people homeless.

As a memorial to them, a triptych of panels was created by local artist Tom McKendrick whose family, like many others, were profoundly affected by the infamous Clydebank Blitz. It is now on display in the church to give expression to a horrendous event that will be etched into the public conscience for all time. They depict the aerial view of an ordinance survey map showing bomb damage caused to the town on March 13-14, 1941. [Church of Scotland]. 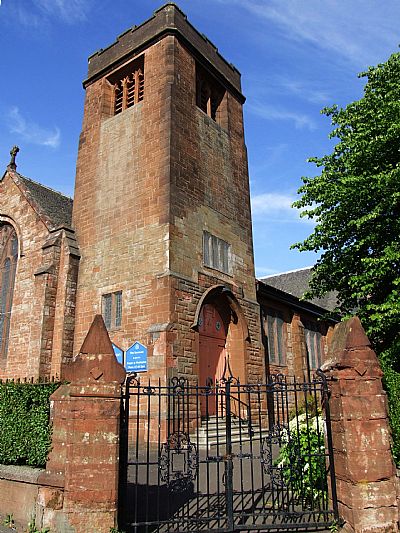 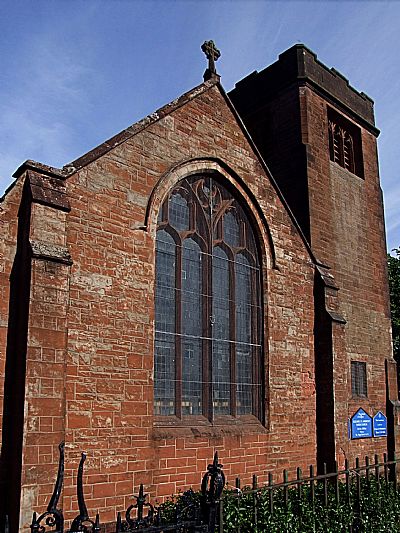 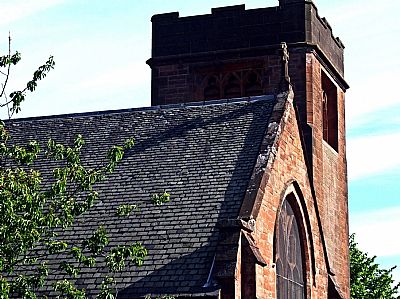 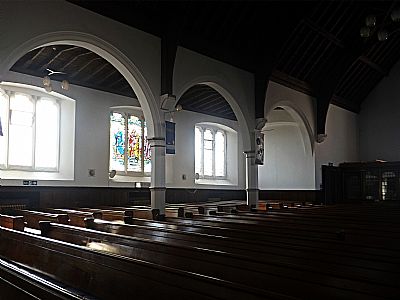 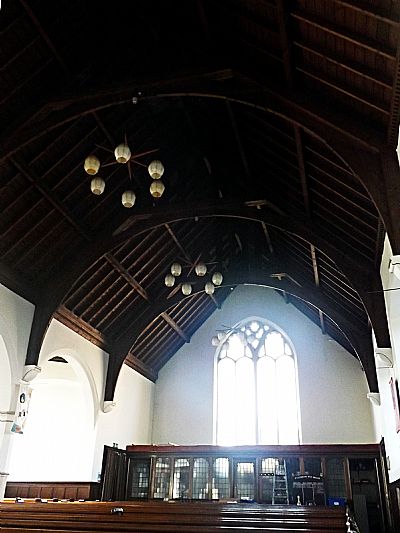 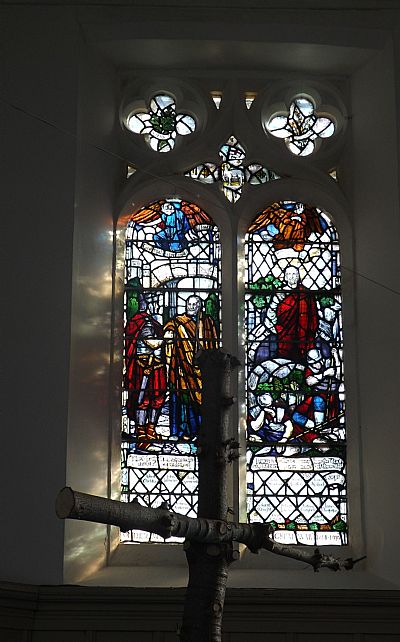 One of several stained glass windows. 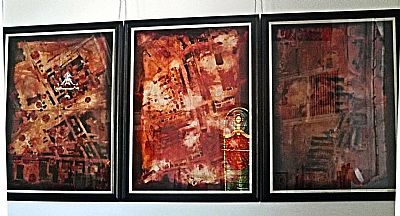 The triptych by Tom McKendrick reflecting the bombing of the area from the air. Somewhat symbolically, it is also relecting the stained glass from elsewhere in the church.