Mountblow is a suburban area near Dalmuir and Clydebank. It is named after an estate once owned by the tobacco merchant Robert Donald (1724-1803). It had been feued to him in 1767 from the larger estate of Auchentoshan. He built a large house on it.

Donald had become Lord Provost. Although he lost his fortune when the firm of Thomas Donald & Son became bankrupt, he remained here until 1798. He was employed to supervise the deepening of the River Clyde.

His premises were to change hands a few times becoming the Mountblow Children's Home in 1922.

As the area was developed over the years, some innovative housing was laid out. Some of that harks back to a village layout in the way it is groupd and that still retains a sense of the picturesque. Budgets and urgency have lead to more abrupt housing forms, but it may have proved appropriate at the time. Some, such as that on the slopes behind the sports pavilion, was modernist and comparatively brutal. Subsequent generations found it lacked the layouts and forms that sustain community and some years ago it was demolised. But Mountblow has a future ahead of it with new options.

Also see MOUNTBLOW PAVILION. That is now listed as a unique modernist building. 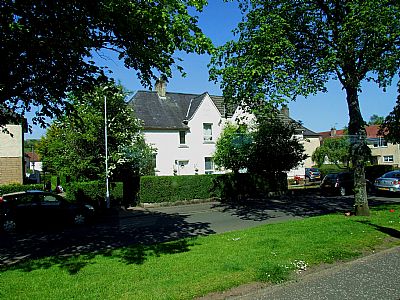 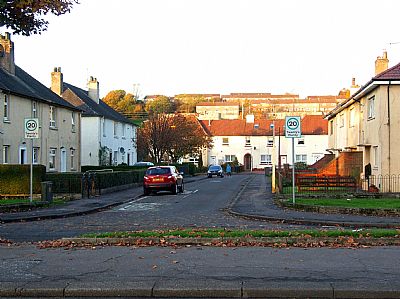 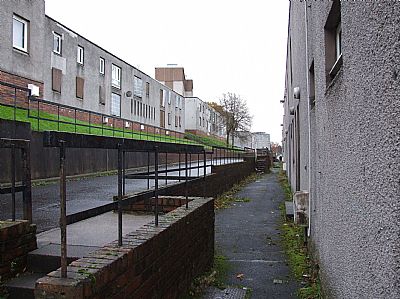 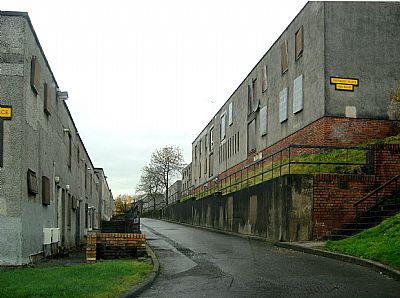 These two photos show the housing above the sports pavilion and Lilac Avenue that have since been demolished.

THE GLASGOW STORY website : https://www.theglasgowstory.com/image/?inum=TGSB00303 This has a photograph of Mountblow house taken in 1870.