This simple stone pointed arch is the sole remnant recovered from the tower of the demolished St Mary's Collegiate Church which stood nearby.

It dates from about 1453. It was removed in 1850 when Dumbarton Central Station was built and erected in College Street, and then moved again to its present site next to the Municipal Buildings in 1907. During this period it served first as a gateway to the Old Burgh Academy and then to St Augustine's.

Quite a varied life for a simple stone arch! 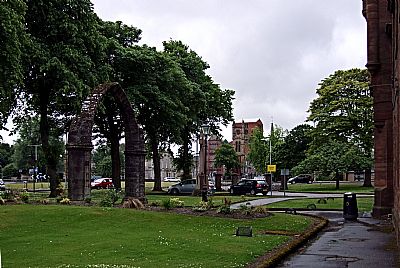 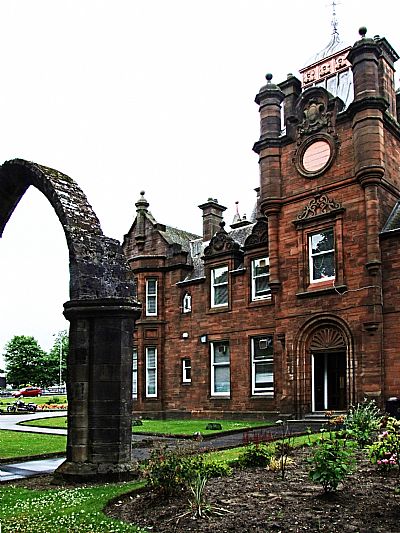 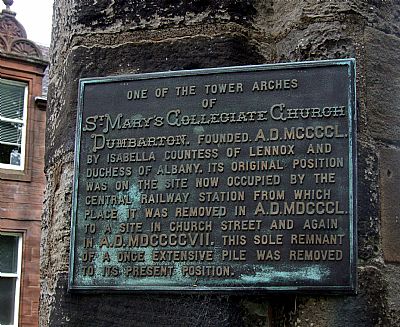 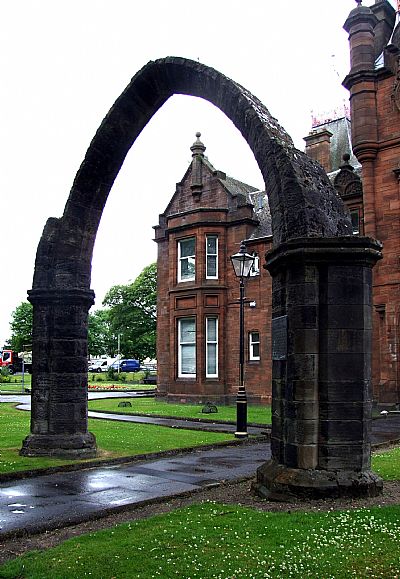 Besides the parish church in Dumbarton, there was the Collegiate establishment founded by Isabella, Duchess of Lennox, in 1450. After many years, the Collegiate Church, which was situated at the end of what is now known as the Broadmeadow, fell into disuse after the Reformation, and when the encroachments of the Leven had made it useless for any purpose, the stones were taken to help the embankment raised against the force of the current. On 22nd April, 1628, the Town Council resolved that the holes in the Kirk Vennel should be filled up with earth and stones taken from the College. An arched gateway remained standing at the Bankend till 1850, when the railway operations at that point caused the removal of this memorial of the structure reared in pious rememberance by the Duchess Isabella. [Irving].