This is the local library centred in Alexandria, but serving a wide area. It has an interesting previous life. The institute was built to foster the "mental recreation and moral improvement" of the youth of the Vale of Leven. In this case we are refering to boys and young men. The intended use of the Institute was to provide a place for mental recreation and moral improvement, and as a counter-attraction to the gin palaces of the Vale of Leven! (Young women though were not forgotten. Also see the MASONIC LODGE further down Gimour Street towards Smollett Street).

The WDC website tells us : The Gilmour Institute for Men was officially opened and presented to the community on Saturday 2nd April 1884. It had taken 2 years to complete the building at a cost of £12,000 and was generously gifted to the people of the Vale of Leven by Mr William Ewing Gilmour, a partner of the Messrs John Orr Ewing & Co, Turkey Red dyers, in memory of his late uncle John Orr Ewing.

Designed by Glasgow architect Robert Thomson, the building is of Grecian and Egyptian styles. [WDC].

It had spells as an administrative centre until becoming fully utilised as a library. 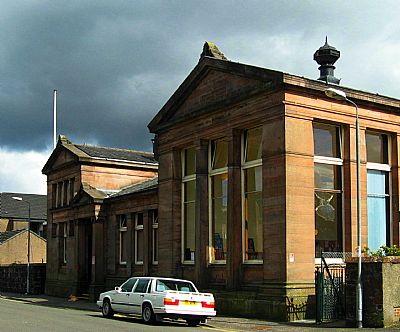 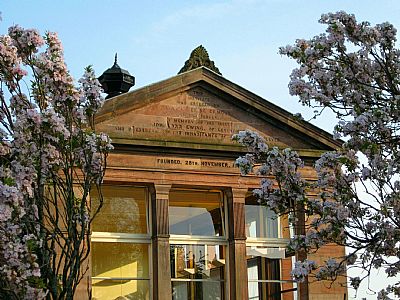 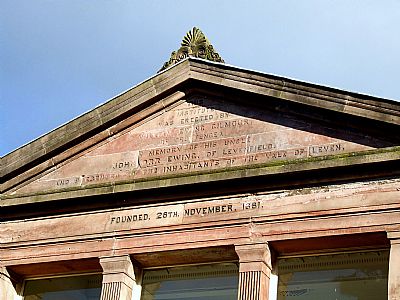 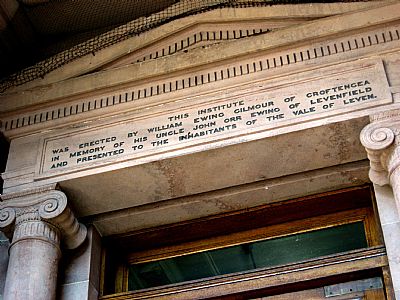