ACCESS : This is now a derelict site occupied my several mature trees. It is no longer possible to enter the building as it has been sealed with large concrete blocks.

This is all that remains of the convent and school that occupied this whole site. This, the chapel, was built from 1933 until 1935. It may now be a ruin, but is still of interest because of some features.

The following is from Historic Environment Scotland and records what we have now lost. It also appears in the Buildings at Risk Register for Scotland.

The following 9 photographs are from 2010.

In 2021 development proposals were submitted for a housing scheme that included the demolition of this building. This corner with its attractive undulating terrain with a viewpoint over the Clyde and many mature trees was shown as the perferred location of a SUDS rainwater attenuation pond. The proposals also noted intended severe intervention of the clifftop itself - below which is Havoc Hole discussed elsewhere : index.asp?pageid=715664 Public comment was highly critical, but suggested that at least some elements of the chapel be recovered and perhaps donated to the nearby convent at Craigend House. While the sculptural forms of the internal pilasters and the arched relief carving appear to have been dumped, the Lennox Herald of 12.10.2021 shows delighted nuns of Dumbarton Monastry being reunited with the statue of St Joseph cradling baby Jesus. 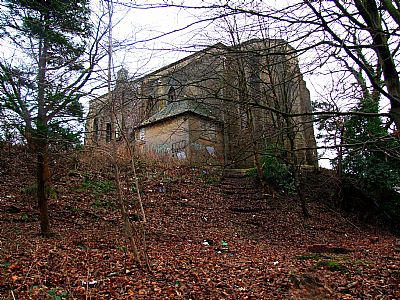 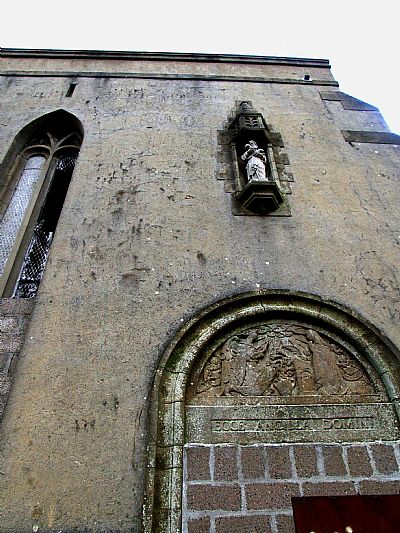 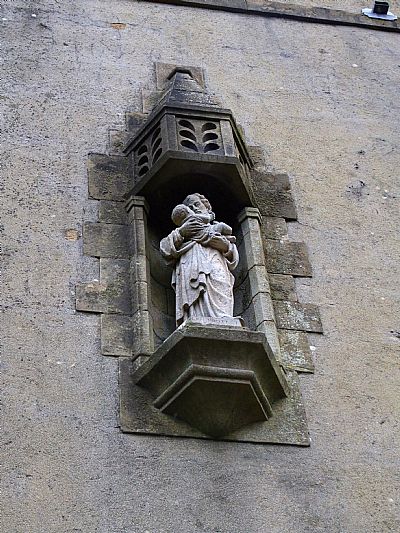 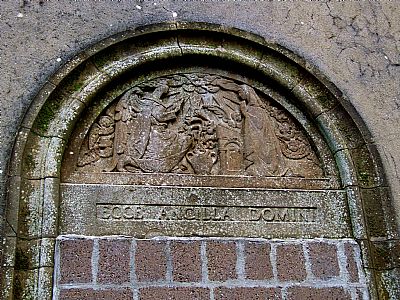 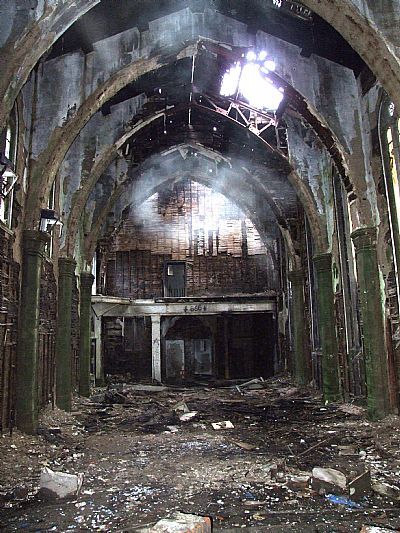 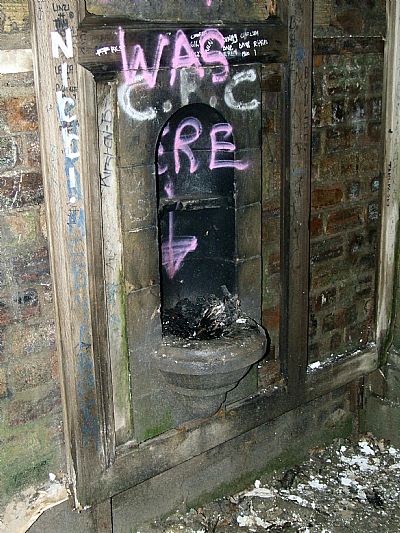 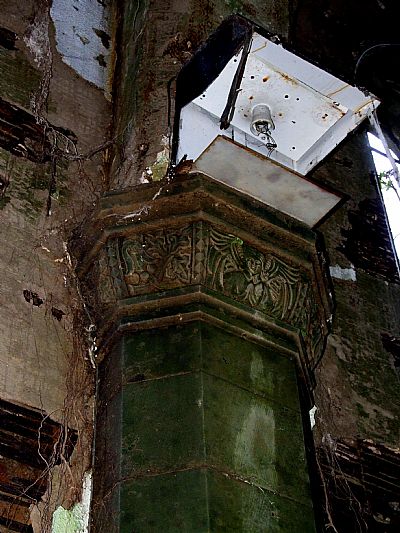 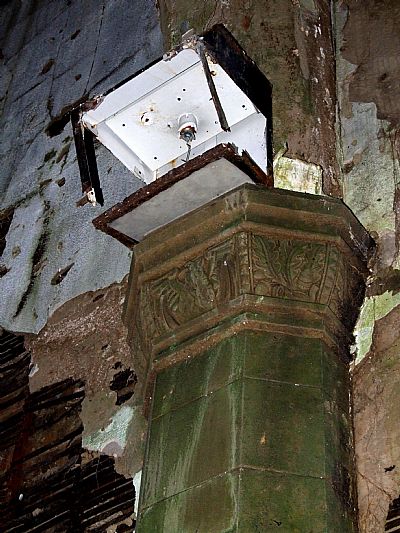 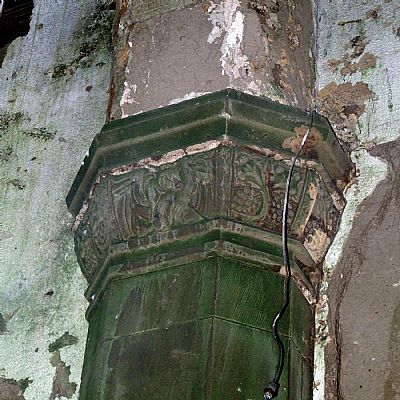 This map from 1862 shows the site before the Carmelites developed it. It shows the large house called Clarkhill. The chapel is just above Havock Hole (described elsewhere). 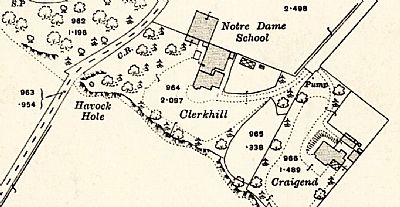 This map was revised in 1914 and published in 1919. You can now see the Notre Dame School immediately behind Clarkhill with Craigend a little to the east. 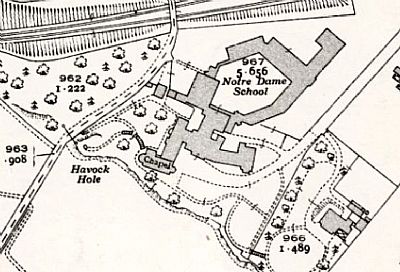 By the time of the 1937/38 map, not only is the convent very developed, but this chapel is clearly indicated. A footpath complete with steps curves around to the left and up to the knoll which appears to be a scenic viewpoint. That knoll is now very picturesque in itself with some great trees. 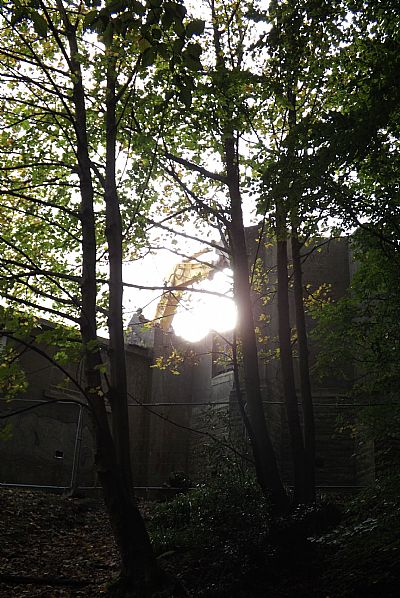 The chapel was reduced to rubble in early October 2021 to make way for a housing development.

BUILDINGS AT RISK REGISTER FOR SCOTLAND (BARRS) : https://www.buildingsatrisk.org.uk/details/916074 There are current proposals (2021) to demolish it.