ACCESS : Easy access for all. Check opening times. Main entrance is now via the side door in Hall Street.

This “B” listed building was restored some years ago with significant internal alterations to change the layout to something more practical and appropriate. It now houses not just a restored town hall, but various function rooms, art gallery, museum and display rooms as well as a coffee shop. There are displays of Singer Sewing Machines and ships reminding us of the area's once important and prominent industries. One of the art gallery spaces looks out onto an enclosed garden where the “slipper baths” once stood. An area along Hall Street used to be a police station. Across the road was the fire station, now flats.

Almost the whole block had been civic facilities comprising the town hall, council chambers, the police station and the Bruce Street Baths. And therein lay an issue when seeking to renovate the complex. Listed Building criteria clearly define that anything within the curtilage of a property is included in a listing. However West Dunbartonshire Council wished to demolish the baths. To them it was a separate property and not listed. The listing text made no specific mention of them.

The compromise was that the slipper baths be demolished and it is that space that is now a pleasant garden viewed from the Garden Gallery - part of the original facade remaining as a backdrop. The main bath though remains almost intact. It is hoped that one day it will be reused somehow, if not as a swimming pool, then perhaps an exhibition and museum area. See BRUCE STREET BATHS.

The premises got off lightly during the Clydebank Blitz. The cupola was crowned by a large statue of Mercury. This came down, not during the attacks, but during a hurricane in 1968. It stood since then in the foyer until cleverly integrated into the renewal designs internally, lit from a rooflight with the tower rising above. The sculptor was Albert Hemstock Hodge. 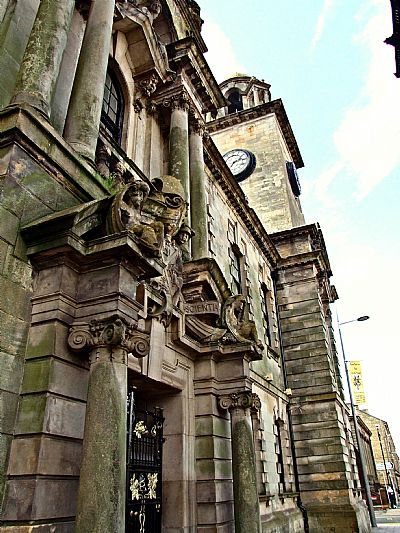 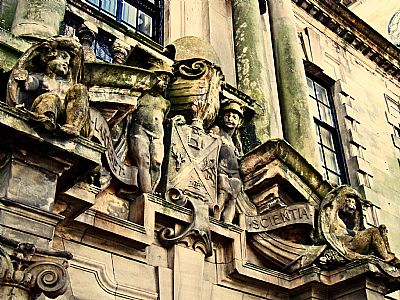 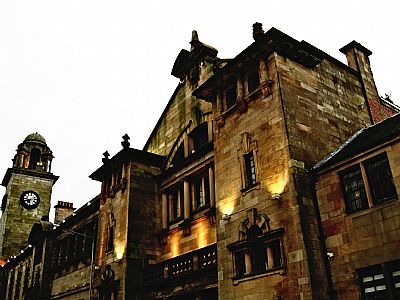 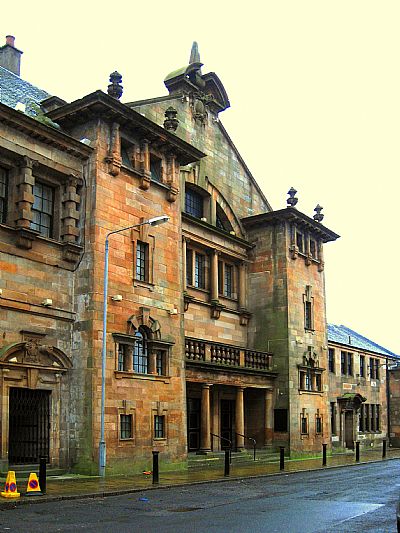 This side entrance in Hall Street is now used as the main entrance. 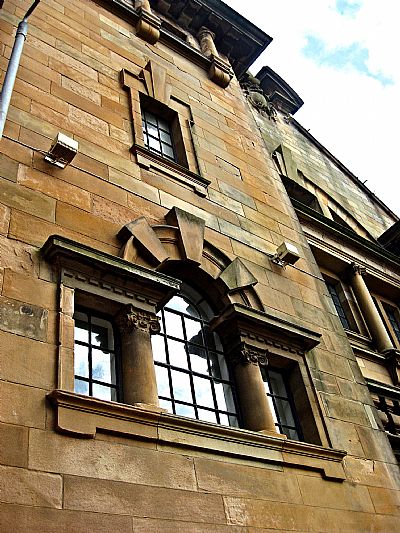 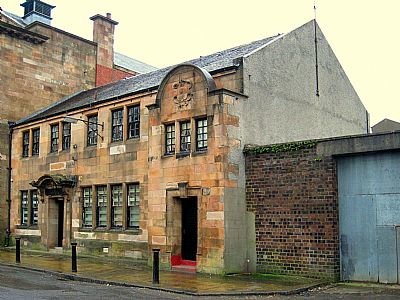 This section was the police station. 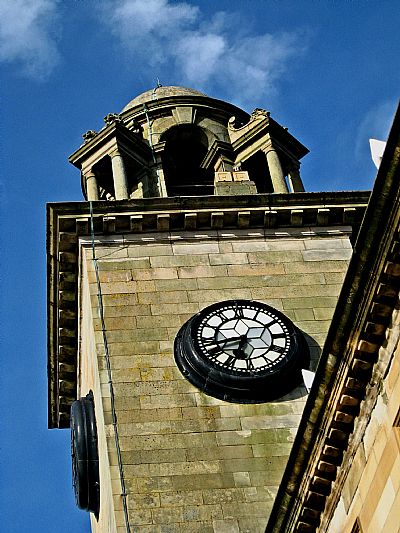 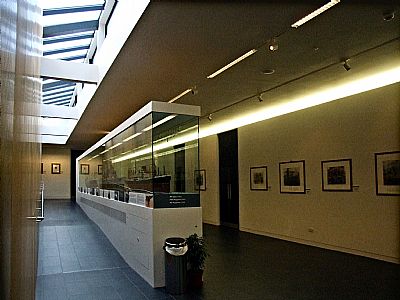 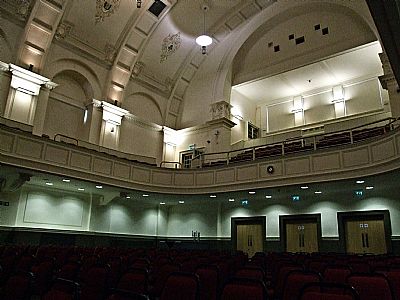 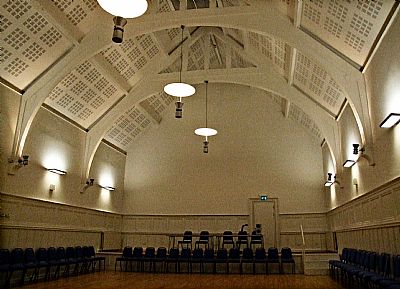 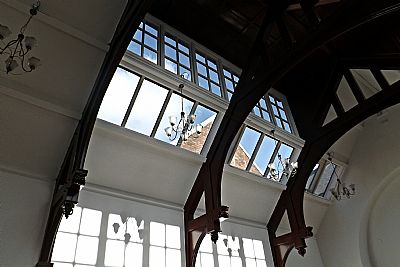 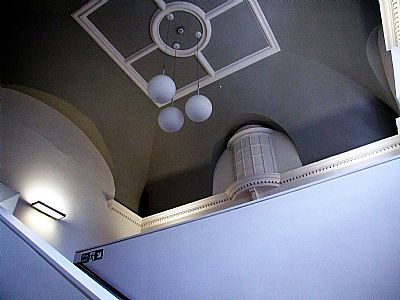 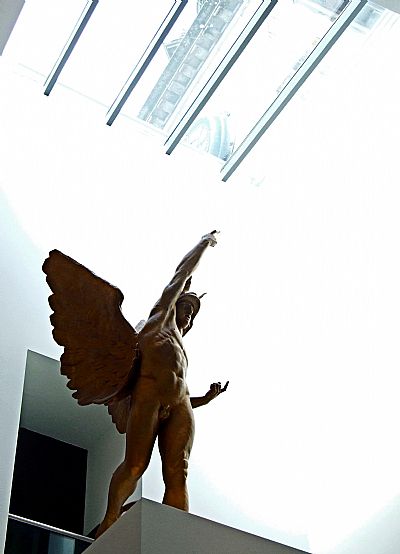 The statue of Mercury which not so much flew, as fell from the roof during a storm. it now stands proudly below a rooflight within the building.