ACCESS : Entrance to the churchyard at any time. Check times of services to enter the building or by arrangement. There is a carpark adjacent to it. Currently closed, but the churchyard can be visited.

On the road between Gartocharn and the Endrick Water is this fine church. A simple, yet pleasant design. Scotland's Churches Trust tells us that the present church building dates from 1813 and has a stout classical dignity.

The parish had already been long-established when documented records began. The screen at the entrance to the nave lists incumbents since 1325 and the memorial wall has several plaques.

The churchyard includes some stones including from the earlier to late 19th century memorials, obelisks, and celtic cross memorials. (Also see KILMARONOCK CHURCHYARD).

Kilmaronock Old Kirk Trust has been set up in order to save the Grade-B listed classical building, preserve its long history of community use and enhance the building for today's and future generations of the Croftamie and Gartocharn Communities and a place of historic interest for the many visitors to the Loch Lomond and Trossachs National Park. [Gartocharn.org - Churches].

Canmore adds something about the name of Kilmaronock. Before we look at that let's consider the "kil-" prefix in the name. It is generally taken as being equivalent to cell or chapel, but its origins are less certain. What we are certain of is that it always has something to do with a holy person such as a saint. It may be Saxon or Latin. In Gaelic cill, pronounced keel, means 'a circle,' scuh as a Druidical circle. Whatever the actual origins, it has since become connected with the cell or hermitage of a saint and that is how it is used here, not necessarily litterally, but as the sacred place assciated with a saint.

It may be conjectured that in the early 14th century, the principal church came to occupy the site on which the present structure, built in 1813, now stands. Doubtless, this was the pre-Reformation Church of St. Ronan. No trace of this foundation now remains.

In the churchyard is a pre-16th century. Cross Slab with a sword and Latin cross carved on its face. (Canmore].

It is thought that the site for the original church was granted by Robert the 1st in 1325 to the monastery of Cambuskenneth near Stirling. It was to remain so until the Reformation.

If the conjecture that this church was named as A D Lacaille is quoted by Canmore, it still doesn't explain who this person was. The name St Ronan is well known although subsequent saints could be named after previous ones. It is evident that "my little Ronan" is such an instance. 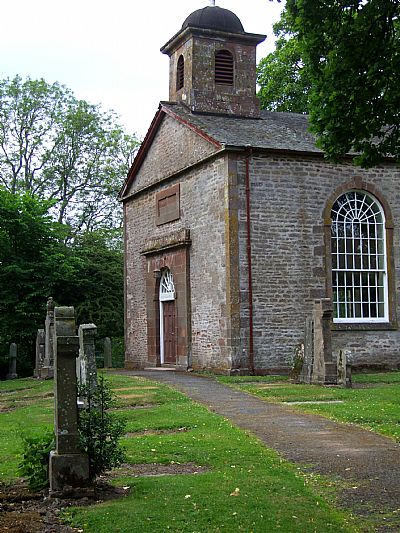 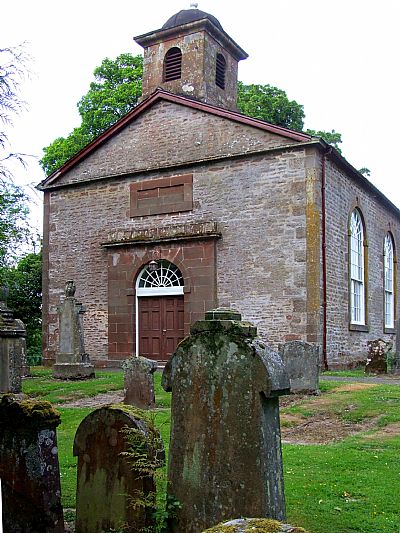 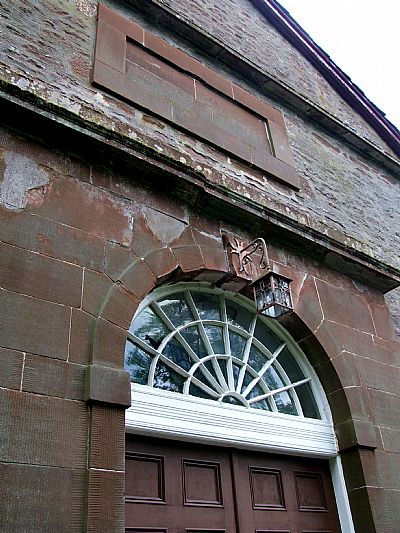 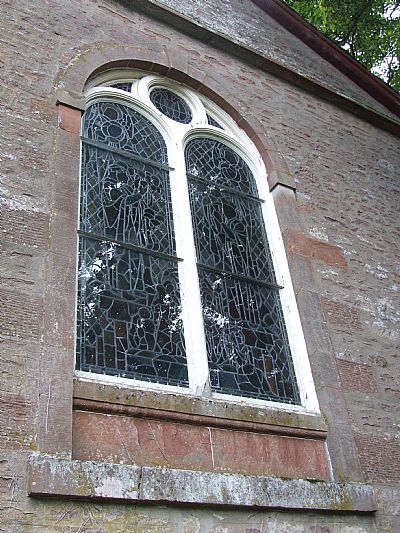 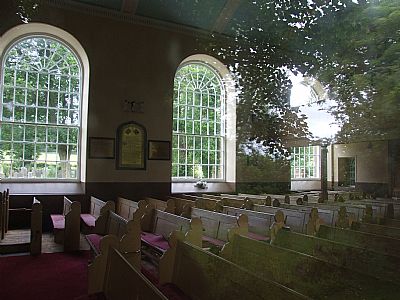