This tall stone building on a rise in the land used to be within a group of buildings that contributed to the streetscape of Glasgow Road on the approach to Hardgate Cross. (It becomes Dumbarton Road westwards). Next to it is the  original Free Church manse. Near it were other early 19th century buildings of Strang's Lands and Haldane's Lands (now Park View).

Canmore tells us that the church is set on a raised site, formerly surrounded by dam water which serviced the local wool and cotton industries during the 19th century. A bellcote formerly rested on gable apex to the S principal elevation and the corner bartizans held tall stone pyramidal caps. In 1900, the church was known as the United Free Church; in 1929 it became a Church of Scotland. The building ceased being used as a church in 1958. Latterly the building was used as a hall and is presently unoccupied.

It was  built from 1844 until 1845. It is a rather striking two storey building in the T-plan Gothic revival church style. The frontage has a castellated gable with small square mock turrets at each side and at the apex.

The building has been unoccupied for many years and has become derelict, but recent stabilising work is expected to enable it to be given new life. 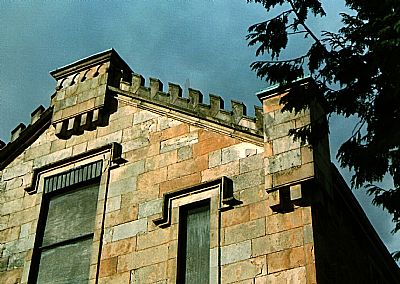 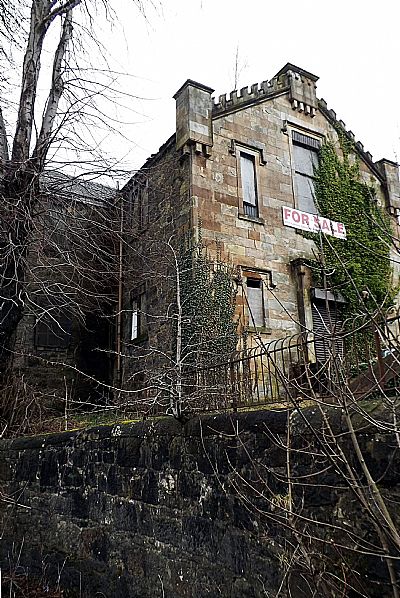 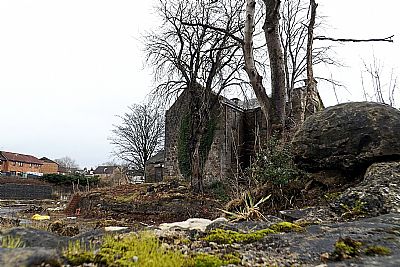