ACCESS : The interior is currently not accessible, but it can be approached on the High Street. There is a stone vaulted way through to the River Leven.

The building is flanked on each side by art-deco buildings. While very different in style, the eclectic feel of the streetscape retains a certain validity through similar scale, not just in height, but in detail and texture, something that contemporary interventions seem to usually deny.

A particularly intruiging feature is the pair of corbels above the archway. The lower one may be broken. Was the upper one a replacement? Was it meant to have an oil lamp on it? Or something signifying good luck such as a religious figure? Depending on the light it appears to have a face carved on it.... or a cross on a shield.

West Dunbartonshire Council who own the building have been considering its future since it was vacated, but they are also looking at a wide range of improvements to the town generally. It has been proposed by several people that this building become a museum to depict and promote the area's rich history, industry, society and geography, perhaps combined with a library and community function spaces.

Since the following photos were taken, there has been maintenance work, but the premises have also been vacated. 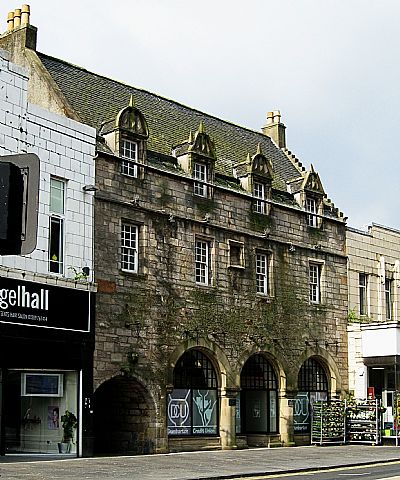 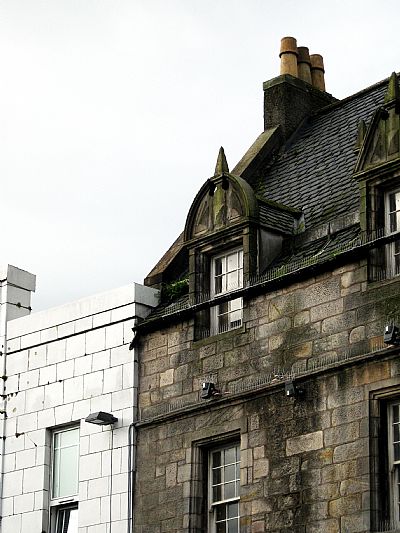 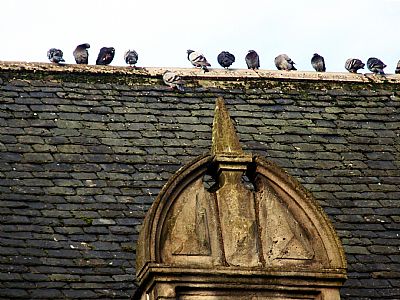 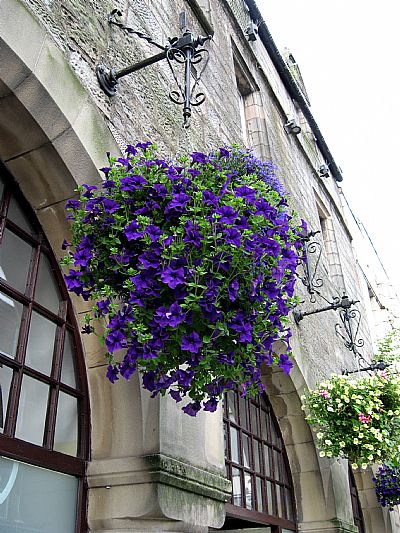 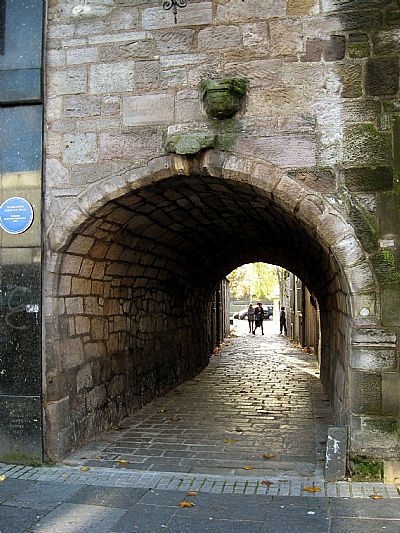 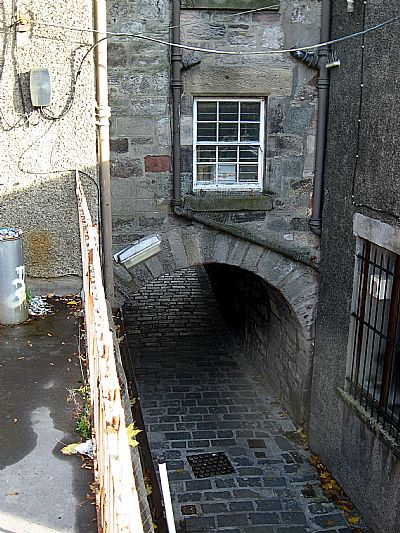 The pend from an upper floor. 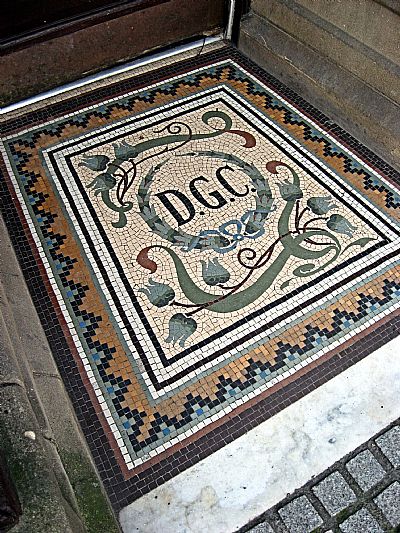 The front entrance with the Dumbarton Credit Union initials. 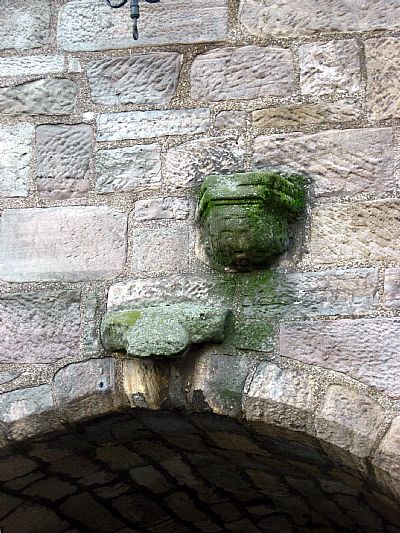 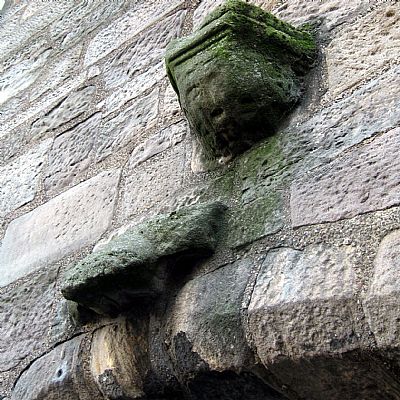 Two views of the corbels over the pend arch. Is that a face on the upper one? 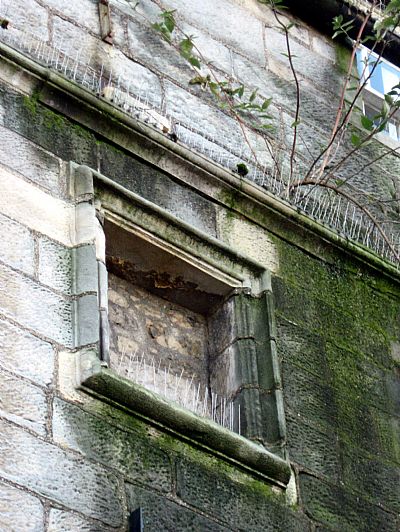 The frame which would have held a crest or other sign. 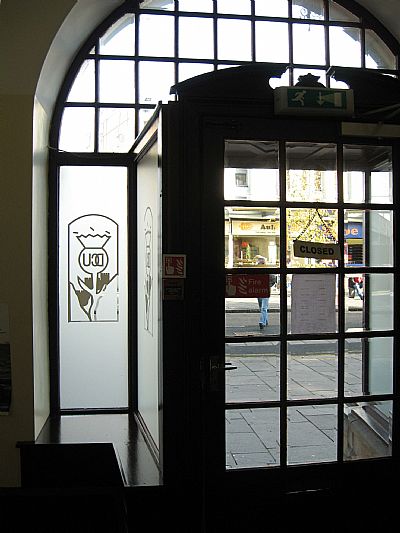 The front entrance with the Dumbarton Credit Union logo. 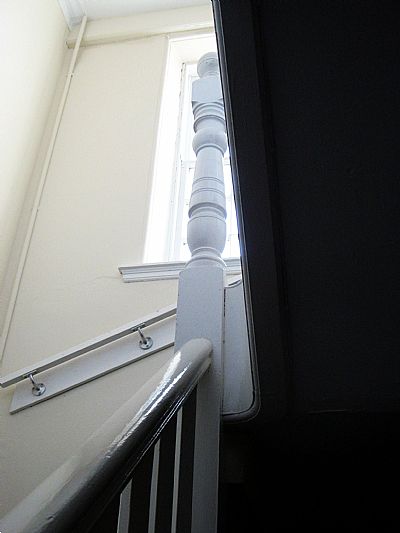 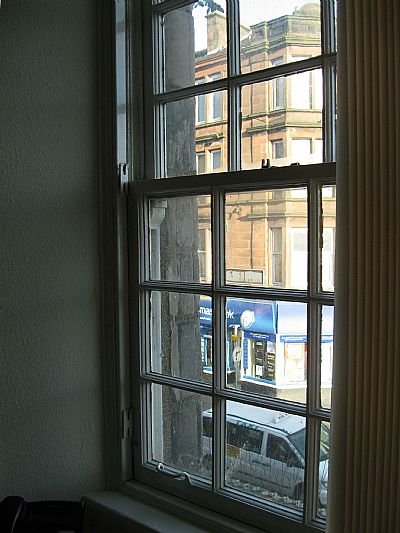 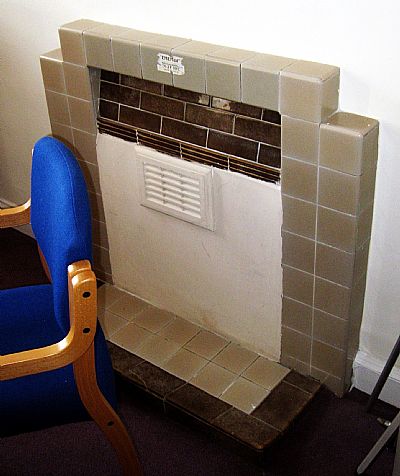 A modern hearth on an upper floor. Already stopped up, but ventilated.