Rothesay Dock is a harbour on the Clyde in Clydebank. Today it is a busy commercial port thanks to its operators Clydebank Port Services Ltd. (CPS Ltd), but for nearly a decade it had lain dormant.

Rothesay Dock is located opposite the mouth of the River Cart to the south. Possibly this contributed to the natural flows of the Clyde at this point in keeping the dock reasonably silt free. The area was procured by the Clyde Navigation Trust for £81,000 in 1899 with construction starting the next year under the name of Clydebank Dock. It was opened in 1907 by the Prince of Wales and renamed the Rothesay Dock after one of his titles, the Duke of Rothesay.

The dock comprises an inner and outer basin alongside the Clyde.  It was originally designed for coal shipment and iron-ore importation.

Canmore tells us that  : It had its own power station, built on the north quay, and was the first self-contained system working coal-hoists, cranes and lights in a British port. Four electric powered coal hoists were constructed, which could handle 20-ton coal wagons, as well as 36 4-ton mineral cranes. [Canmore].

One of the activities within the Rothesay Dock is Clyde Boatyard. This modern Boatyard facilities and a range of Marine Services. Incorporated within the Boatyard is the Clyde Boatyard Brokerage Department, selling both commercial and leisure vessels. 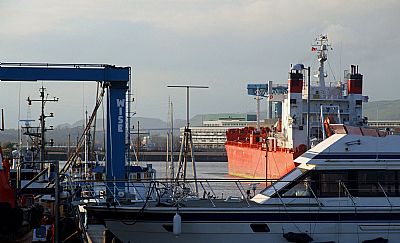 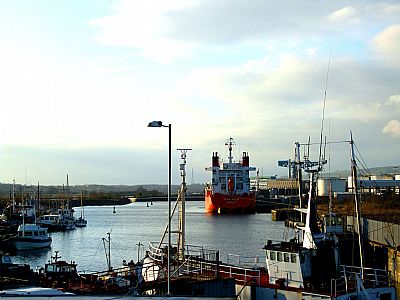 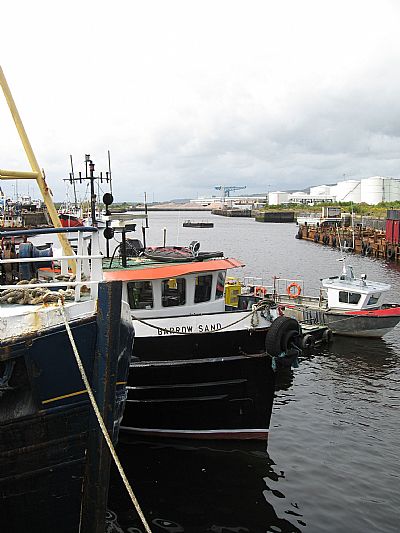 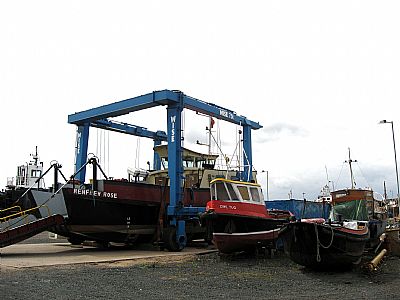 The RENFREW ROSE was taken out of the water to await its future. MV Renfrew Rose is a passenger ferry built in 1984. She operated as the Renfrew Ferry between Renfrew and Yoker until mid 2010 when she became the Arranmore ferry carrying up to 3 cars. Since 2016, she has operated the Cromarty to Nigg ferry.