ACCESS : The house can be approached on foot and it has two small car parks. Access to the public is limited to the ground floor tea room - but what a room!

Keir Hardie, the founder of the Labour Party, attacked the Whites for the conditions of slavery they maintained for their workers, while acting philanthropically, particularly in the Dumbarton area where they donated land for the municipal buildings and supported local churches and voluntary organisations. Lord Overtoun, as John Campbell White had become, could only claim that he had never been to his works for such a long time that he was unaware of the conditions he was forcing his workers to suffer.

The building is entered from a porte-cochere into an entrance porch of very unusual form. The photograph nelow shows part of the porch with its “Etruscan” design. Above the frescos is a vaulted glazed ceiling with etched glazed panels with roofights above them. (They appear black in the photograph because of the lighting conditions). While various parts of the building have been restored, this area with its unique design and damp has so far proved out reach of suitable skilled attention. 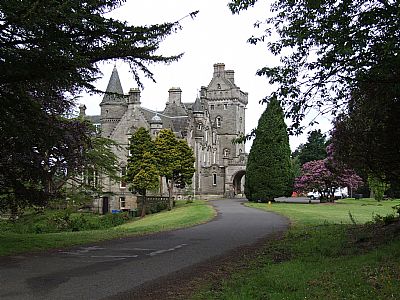 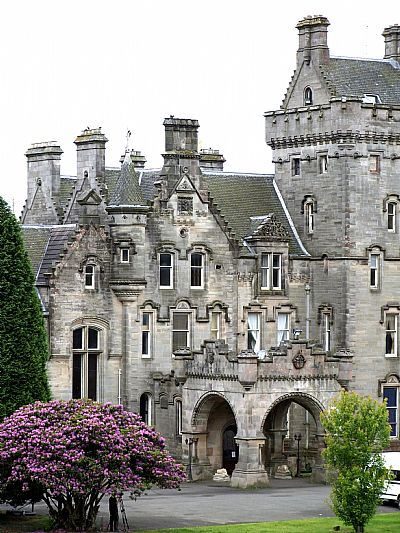 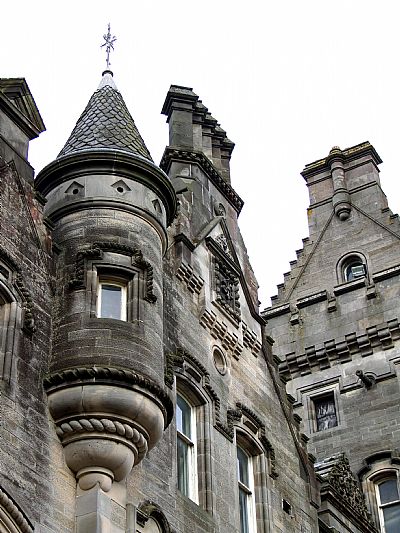 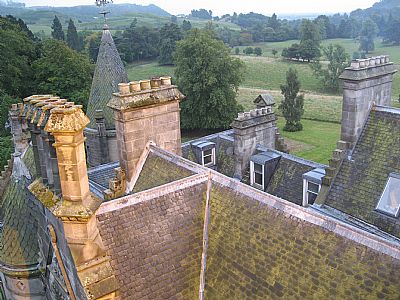 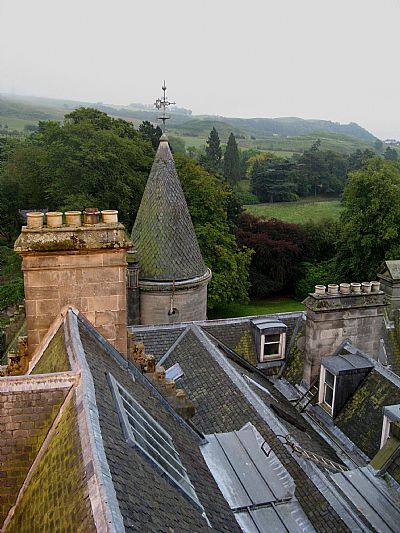 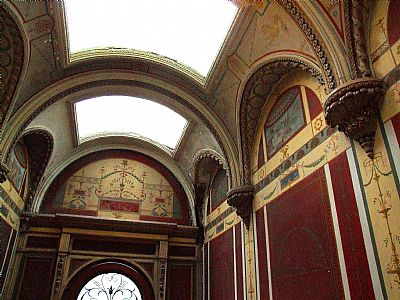 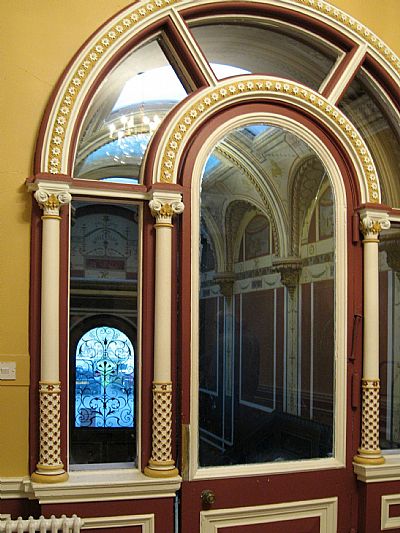 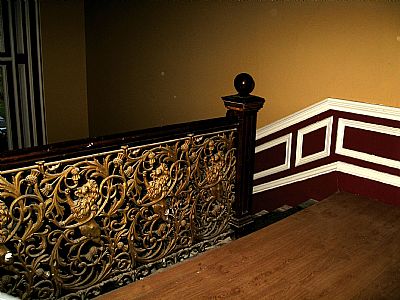 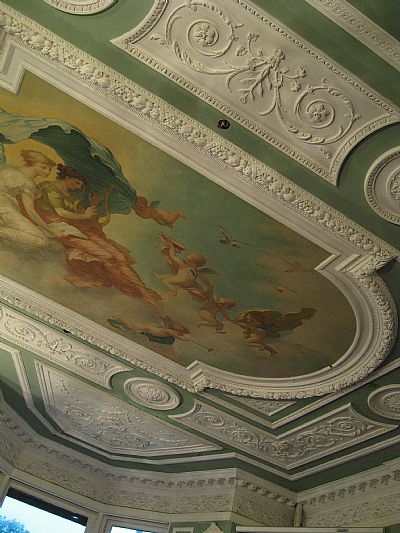 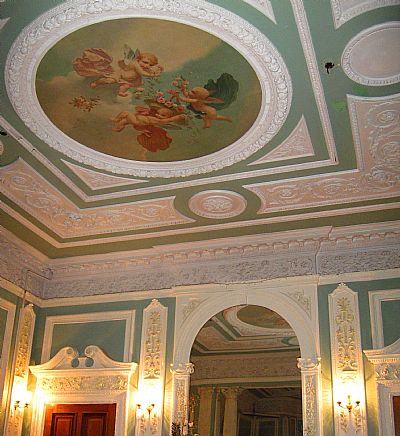 These photographs shows the angel scenes on the ceiling of the main room, often referred to as the Angel Room. 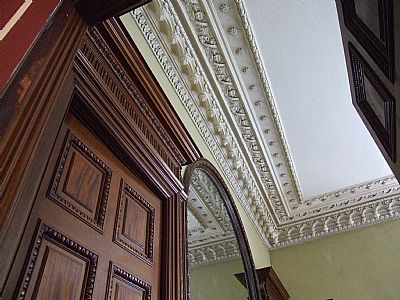 BRITISH LISTED BUILDINGS : https://britishlistedbuildings.co.uk/200361024-overtoun-hospital-dumbarton#.X-OFxXpxdPY (Listed under its one time role as "Overtoun Hospital".