ACCESS : You can see much of this from the Strathleven House grounds, but it is derelict and behind a security fence.

What can be seen today can be disappointing. It appears to be little more than a large rectangular stone building with some signs of an inner court, all without a roof and all crumbling. However it had, and still has, an important role in the historic layout and facilities of the magnificent Strathleven House and its estate.

The entwining vegetation attempts to conceal this 18th century building complex. It had a 2 storey sectionat the front and a single storey section to the far side. It was "U" shaped in layout.  What you see now is almost all raw stone, but there are signs of it having limewashed harling with stone dressing, a hipped slate roof and moulded stone eaves. The single storey section also had a courtyard which included a pair of limewashed cottages.

The Scottish Historic Buildings Trust was established in 1985 with the saving and restoration of Strathleven House its then main objective. That was very successfully done and stabilisation of the doocot was carried out, but the stable block is outwith their mandate. It would be marvellous to see it restored, even with some modifications to ensure viability in some new role. 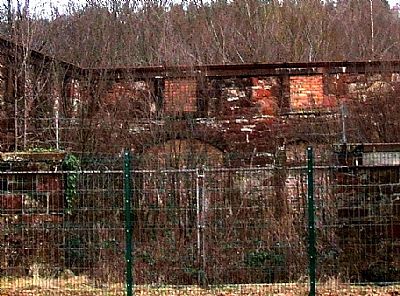 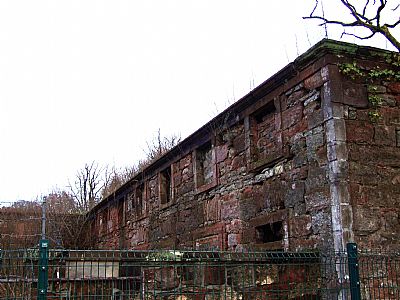 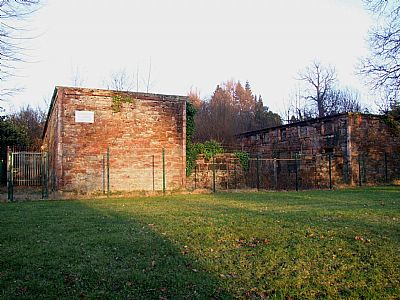