SKYLARK IX. Rescuing a rescue boat. From Dunkirk to the River Leven. But then what?

ACCESS : This boat is being restored and is not currently on view.

The River Leven is a picturesque and popular vista for local people enjoying a walk or cycle ride or perhaps rowing up to and onto Loch Lomond. Boats of various sizes jostle for moorings.These serve fishermen or those enjoying recreation on the Loch. This amazing vista is naturally also the first impression the crowds of tourists have of Loch Lomond as they board one of the larger boats for a relaxing cruise for a few hours.

It is so disheartening therefore to find so many boats sinking at their moorings. The reasons could be damage from a bout of severe weather, exacerbated by the extremely strong current, or vandalism. Some simply become unviable over time with essential maintenance becoming problematic, perhaps too costly. Some owners may even move on or pass on.

So who is responsible for their unsightly remains? 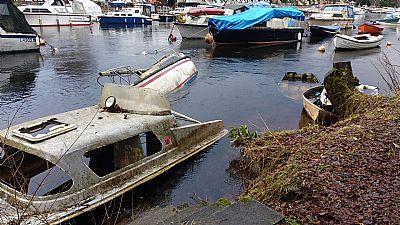 Unsightly now and in need of removal, but every one of these boat wrecks was once someone's pride and joy and has its own story.

Every single one of those boats had at one time been the pride and joy of someone, or would have served an important purpose. What stories each of them could have told.

There is one in particular that has an amazing story: SKYLARK IX.

SKYLARK IX was built in 1934 by Jake Bolson and Sons Ltd of Poole. the company initially built rowing boats, motor launches and speedboats, but by this time had expanded into slightly larger larger craft. This was the ninth of his eleven Skylarks at the ‘Skylark Shipyard’ and built as a pleasure boat. She was a wooden vessel of carvel construction, with a light framed construction using larch on oak. She had a 50 feet single screw open launch with petrol/paraffin engine and could carry 115 passengers.

The National Historic Ships website refer to her being used as a shallow draught minesweeper during WWII, but it was her next role that is the most significant.

When the signal to begin Operation Dynamo rang out at 6.57pm on 26th May 1940, over 800 ‘little ships’ commandeered and commanded by both naval officers and civilians embarked on the perilous rescue journey across the Channel including the extraordinary Skylark IX.

Over the nine day mission, Skylark IX, which is believed to be the only surviving Dunkirk vessel in Scotland, rescued over 600 cold and tired soldiers helping transport them onto larger naval ships whilst under fire.

Christopher Nolan’s World War Two film ‘Dunkirk’ tells the story of ‘Operation Dynamo’, the astonishing top secret mission to save 338,000 Allied soldiers from the beaches of Dunkirk on the northern coast of France. When the signal to begin Operation Dynamo rang out at 6.57pm on 26th May 1940, over 800 ‘little ships’ commandeered and commanded by both naval officers and civilians embarked on the perilous rescue journey across the Channel including the extraordinary Skylark IX.

Over the nine day mission, Skylark IX, which is believed to be the only surviving Dunkirk vessel in Scotland, rescued over 600 cold and tired soldiers helping transport them onto larger naval ships whilst under fire.

After serving in WW2, Skylark IX was a familiar sight on Loch Lomond, where Sweeney’s Cruise Company operated her for 33 years.In June 2010, she sank on the River Leven deteriorating under water for two years before funds could be raised to rescue her. 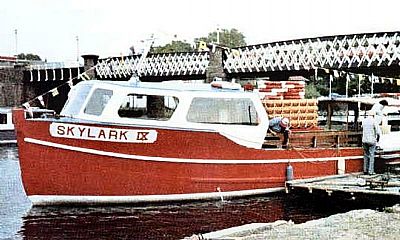 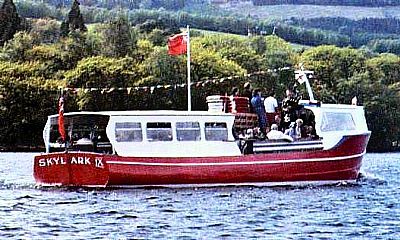 By the time these photos were taken, Skylark IX had already had an eventful life and was now carrying visitors from the Leven onto Loch Lomond.  SKYLARK IX REVOVERY TRUST ©

She was then "retired". And she went into decline. 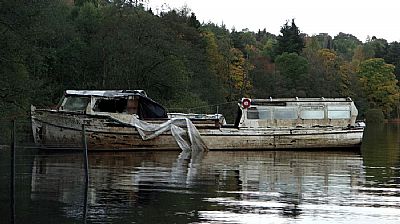 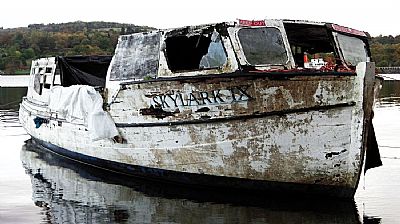 Fortunately she was recognised for her significance and refloated. SKYLARK IX REVOVERY TRUST ©

From this point on, new challenges presented themselves to those endevouring to reviive her. There is a very long process still to be undertaken. But those involved have a vision. 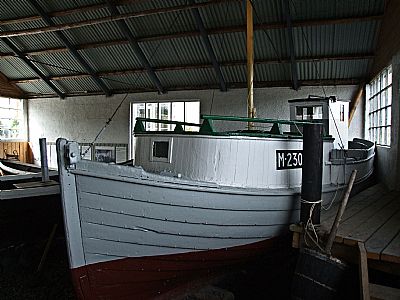 The story of Skylark IX rescuing people from Dunkirk has parallels with the small boats evacuating people from Norway to Scotland during the WWII They became known as Shetland Taxis. This one, M-230-H0 KLEGG, has been restored and is on view in a museum in Alesunde, Norway. Its presence has inspired interest from around the world. Now that is the sort of dignity that Skylark IX deserves.

But so much better if she can be restored to an extent that she can be floated again and utilised for trips.

She may be laying up awaiting restoration, but she has already cruised into a new alternative role. Alternatives are a community based drug recovery project in West Dunbartonshire. They are supporting the Skylark IX Recovery Trust and working in very close partnership with them to provide skills and engagement opportunities for their service users in recovery. This includes a joint programme working with a boat builder to teach service users to build rowing skiffs which will eventually form the basis of a new Dumbarton Coastal Rowing Club at the Leven. They already have one full size St Ayles Skiff built and another one is in the process of construction at the Denny Tank in a custom built workshop. The work in the Denny Tank premises will resume as soon as lockdown restrictions allow. 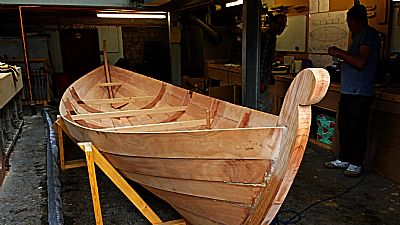 SUNNMORE MUSEUM :  https://www.sunnmoremuseum.no/english/ The Norwegian museum with one of the "Shetland Taxis".