FISHERS WOOD, alongside the River Leven behind the Loch Lomond Rowing Club and the Vale of Leven and District Angling Club.

There are several access points, of which the above reference is the main one.

The small area of woods is almost forgotten sitting as it does between the railway and the back of the boat clubs. Even the name is almost forgotten. But it appears on maps as this. it is most ikely to have been named after the fisher folk than someone called Fisher. Perhaps it was a refuge from the weather before the clubhouse was built. This is close to a popular angling spot - now split by the barrage. The anglers set off by boat above the barrage. Or stand on the banks below it.

But back to the woods.

The main access point itself is a bit of a misrepresentation. It sets off as a well set out tarred path through the low wall that was built as part of the engineer works here. But it abruptly stops. The area was worked on during the construction of the barrage and also at different periods when the drainage was improved. Once into the woods you will notice various intrusions such as these and at the far side you will come to the railway fence.

Not very promising so far. But wander further in and through the woods and it offers lovely sun dappled expanses. 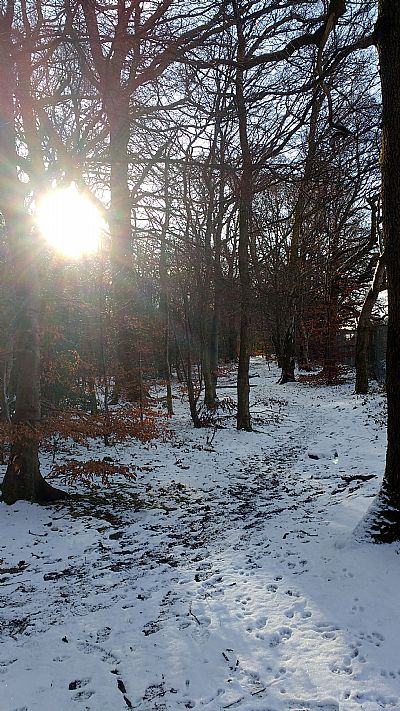 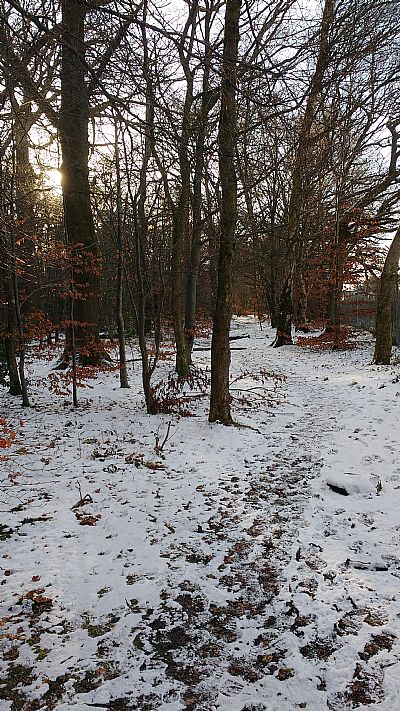 Just across the small road and downstream is more wood. This is not as accessilble, but it is interesting for the lade which runs through it, a remnant of the TURKEY RED industry which is described separately.