Imagine this setting as a civic square. Bridge Square. Not quite square, but nevertheless a formal part of Alexandria and a major approach to it commercial centre. A cast iron drinking fountain sat within that square. A place more for people than cars. Further up Bridge Street was the Smollett Fountain, also in an assymetrical public square. The two squares were the nodes that defined a strong east -  west axis between the bridge over the River Leven the junction with Main Street's north - south axis. An ideal place for an important civic building.

Although there are some inappropriate additions this is a striking Classical temple-fronted building which is one of the few remaining historic public buildings in Alexandria. The building was built as a public hall and was used as a cinema from the 1930s until circa 1973. The side additions date from this change of use to a cinema. [HES]. Actually it is a strange mix of styles. That Classical temple is flanked by modernist, almost art deco protruding curved wings. Behind these are bland service areas with drainage. And behind them are the original red sandstone pilastered walls - the Bridge Street facade has a section with roughcast panels; the Bank Street facade has arched window openings, some now closed up.

That Classical temple frontage is a bit quirky. The pediment with heavy columns, in this case with doric capitals, is almost representative of civic buildings of the era. But the stairs that we are so familiar with as for banks and town halls, are not central, but approached from each side through arches. Although typically Victorian in detailing, there is something almost Egyptian in their proportions . And with their gates and the balustrading of the upper landing, the portico promises something grand inside.

There is little internally anymore that rises to that promise.

The Vale of Leven Project tells us that it was built in 1862 on Bridge Square. It became popular for concerts and shows, religious and political meetings and within a few years its capacity had to be extended. It became a cinema in 1911, but retained some rooms for other purposes. it remained a cinema until 1973 when it became a furniture shop.

The building started its career as a civic hall, progressed to being a cinema, then morphed into a Bingo Hall followed by a furniture store. There have been some other roles too. Today it most commonly remembered as a Bingo Hall. A rather forlorn building with so much promise. If only some magic solution for its future can be found. 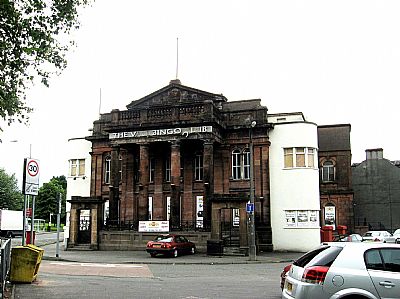 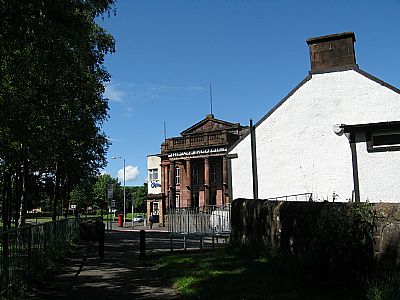 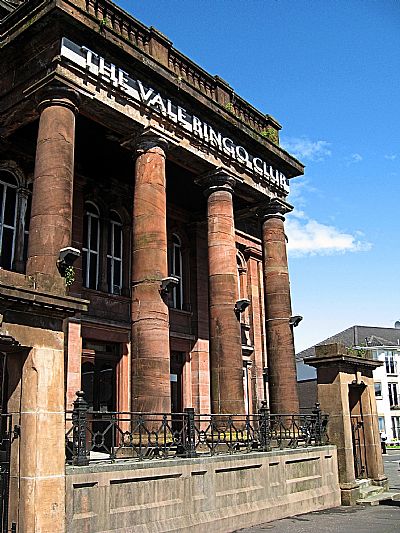 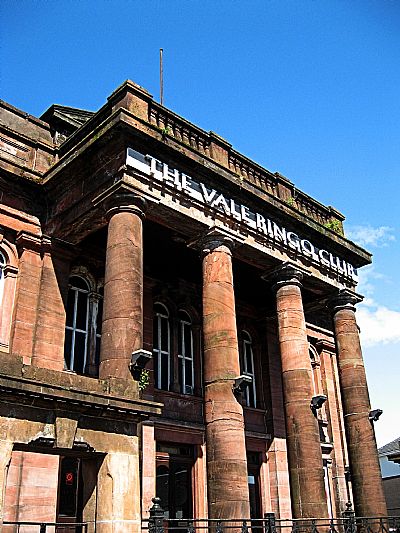 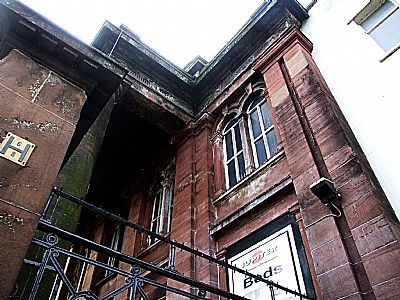 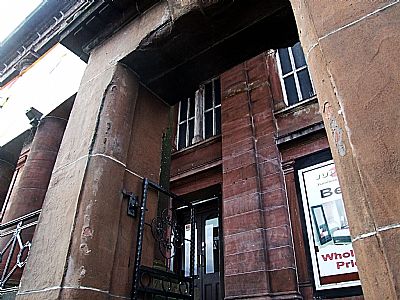 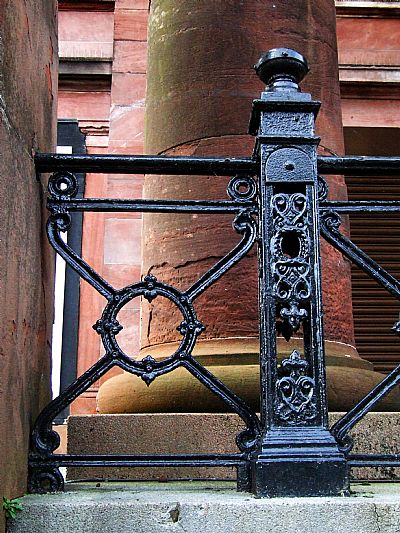 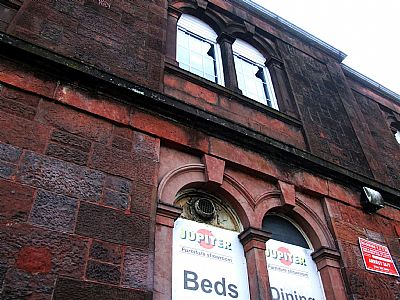 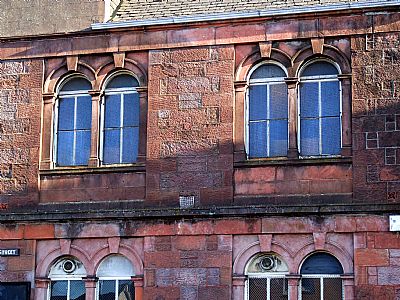