Kirktonhill has a number of extraordinary houses. large and impressive. Levenford House is situated on Helenslee Road up to them, but depending on how you view the topography, is either part of Kirktonhill or West Bridgend. As it is on the upper slopes of the hill overlooking the Leven, it is considered to be within the latter area, yet is included in the Kirktonhill Conservation Area.

In John Wood's map of Dumbarton of 1818, the property is extensive and called Leven Grove. A large house, one that preceded the current one, is labelled as belonging to John Dixon.

It was built for James Denny, who was a partner in the Dumbarton shipbuilding firm of William Denny & Brothers. By 1881, the house sold to another Denny partner, Walter Brock. The house remained with that family until 1938, when the widow of Walter Brock junior offered it to the County Council with the wish that it should be used as a library or museum. From then onwards the house has been a library headquarters, first for Dunbartonshire County Council, then for Dumbarton District Council, and from 1996, for West Dunbartonshire Council. [WDC]. In its last days in this role, it was a grand and appropriate setting for the epicentre of much of West Dunbartonshire's culture, yet it was a congested setting and the Council sadly decided to move the department.

The Canmore website has some photos that record its extraordinary interior. These include the heavy beams of the dining room and rich hardwood of the library; the carvings on the stairway newelpost; the great hearths; some great stained glass and even the bath with its walk-in shower alcove at one end.

A-listed status give historic buildings legal protection, but only having occupants that adopt the style of opulent living of the original occupants and really perpetuate the grandeur fully. Being council offices was not ideal as each new role means some adjustment physically and that erodes the special characterists. We hope that its future is secure.

There were two entrances. One from West Bridgend Road has grand sandstone gateposts, but the route is steep and is now unused. The driveway is off Helenslee Road. Alongside the gateway is the LODGE and COACHHOUSE STABLES building (discussed separately).

It is now a private residence. 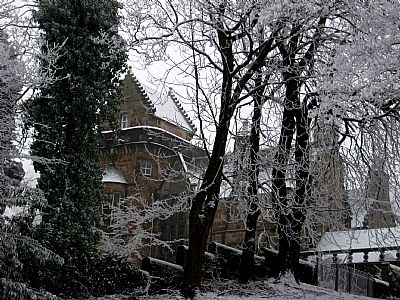 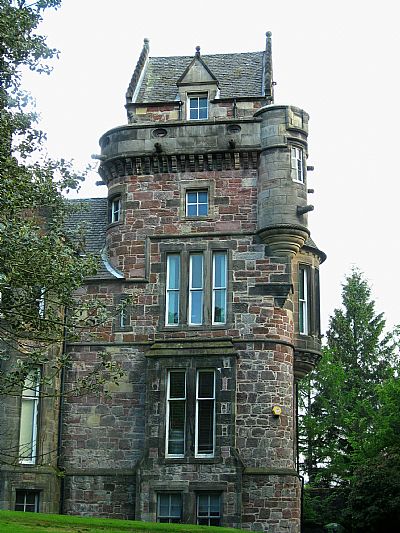 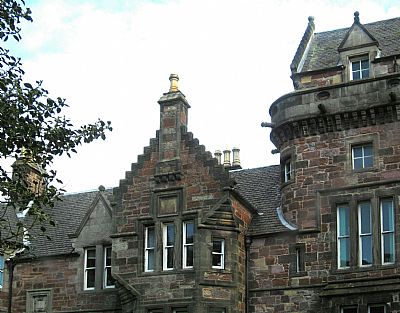 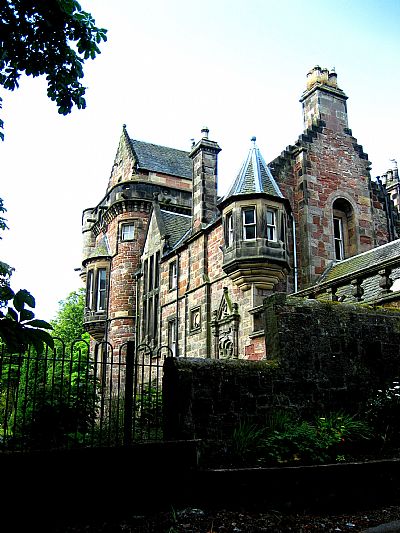 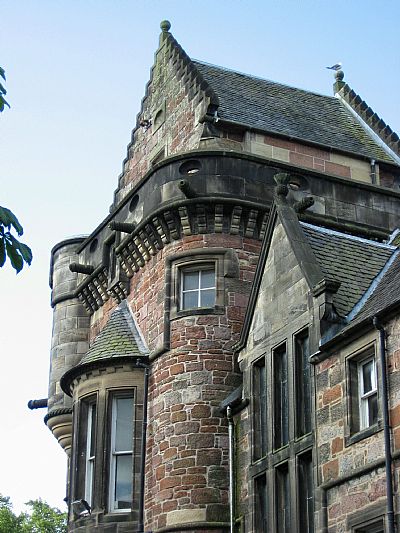 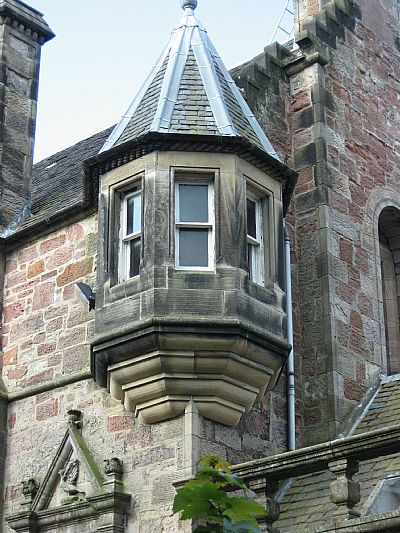 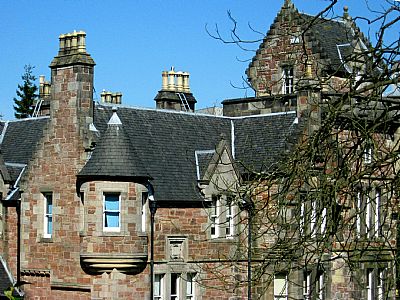 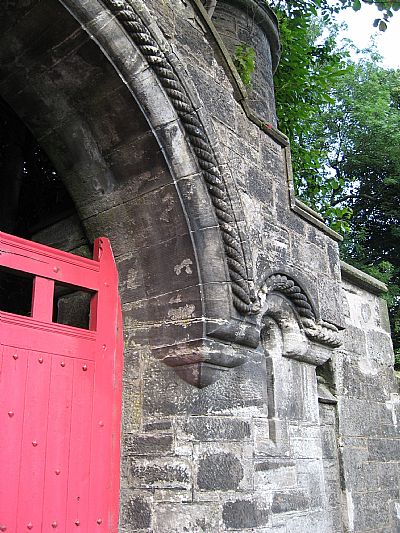 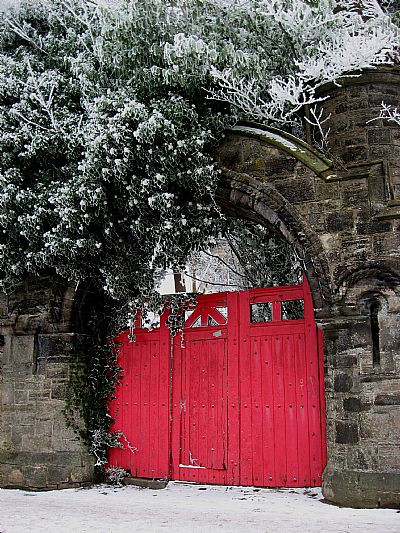