This is a magnificent aisled 8 bay Gothic style building with a lower chancel and many beautiful and interesting features. The main church building was designed by Dunn and Hansom of Newcastle, architects and built from 1900-3. The sanctuary was added in 1935. The tower was designed in 1926-27 by architects Pugin & Pugin.

The belfry has a large tenor bell and a carillon of 23 bells. These are chiming bells, all fixed in a steel frame. 6 of them are now electrically operated. A further bell, this one swiinging in its cradle and itself ringing, was added bringing the total to 24.

There is an interesting practice carillon too - a keyboard which operates the bells.

The clock was wound twice a week until an electrical winding mechanism was installed in the 1970s. That proved unreliable and an electrical clock eventually replaced it.

The various stained glass windows are marvellous. A statue of St Michael is by Eric Gill while a white marble pieta can be found in the memorial chapel.

Mass had been celebrated in the Dumbarton area from the 1800s. By 1830 there were 500 Catholics and St Patrick's Church opened its doors to fulfill the need. It was the first post-Reformation Catholic church built in the area. The foundation stone of the new church was laid in 1901 with the formal opening on the 22 March 1903. The foundation stone of the tower was laid on 27June 1926 by the Archbishop Mackintosh. The new marble side altars, the pulpit the altar rails, the organ, the mortuary chapel, the tower and its carillon of 23 bells had all been completed by the end of 1927 and with the erection of the Pieta on the marble altar in the basement of the tower, the two years' work was brought to a successful termination.

The Church's own website gives a very comprehensive history and explains the main internal features. (See link below). 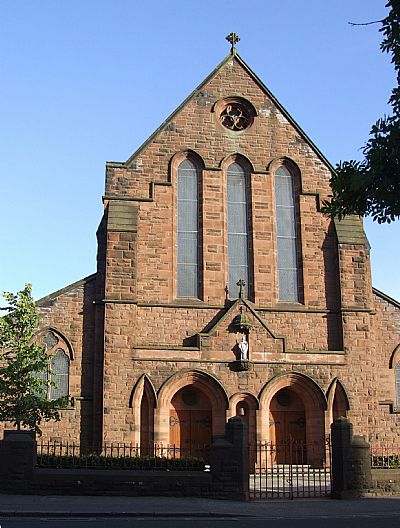 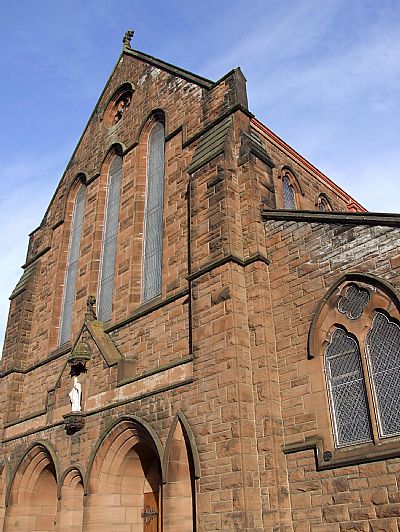 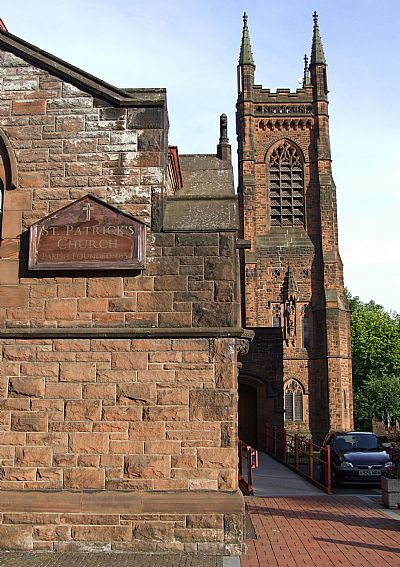 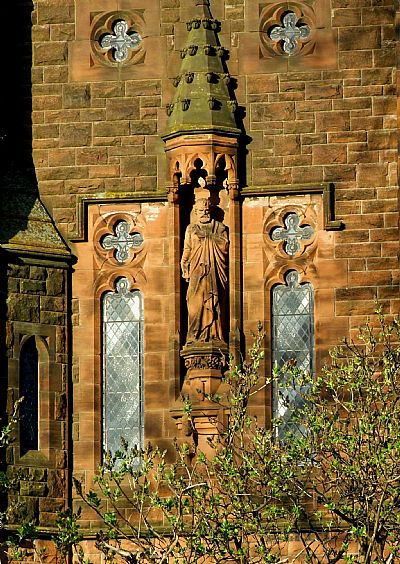 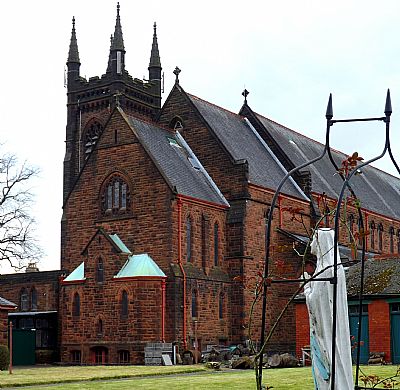 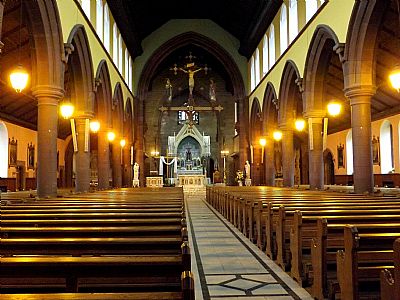 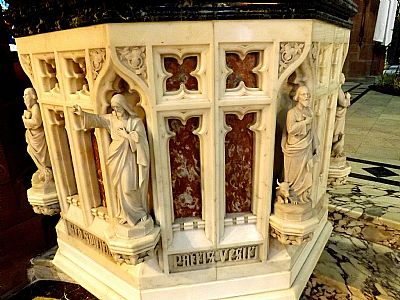 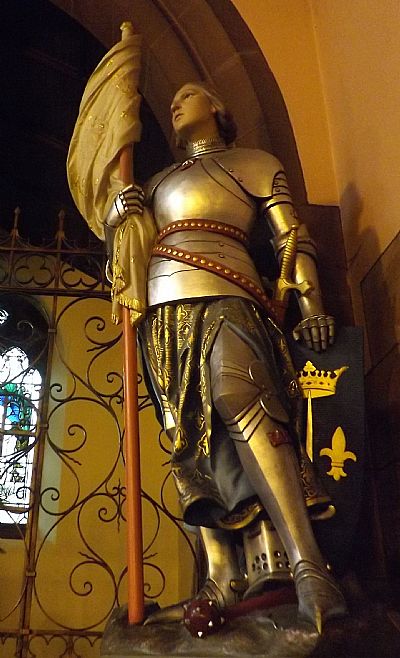 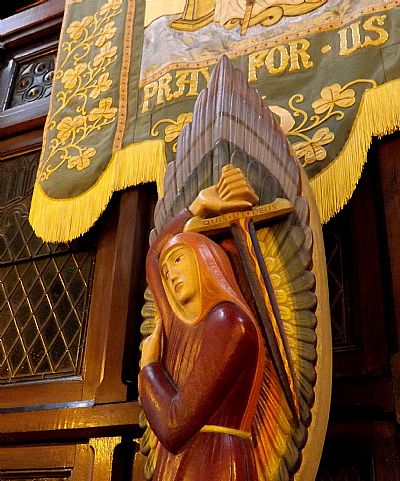 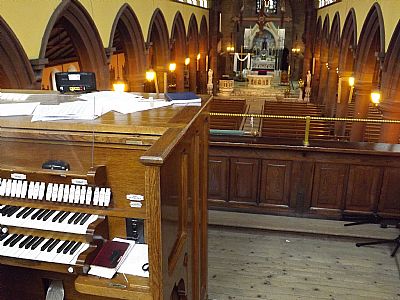 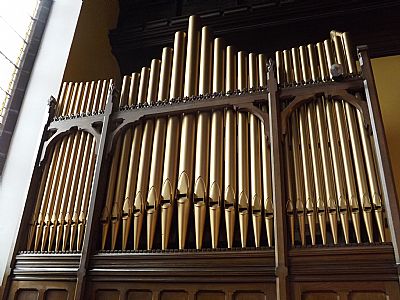 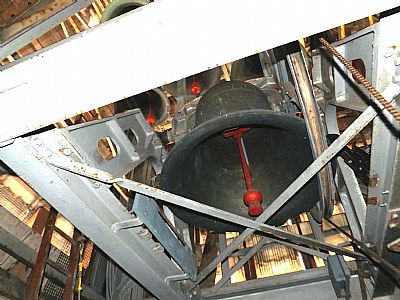 One of the bells. 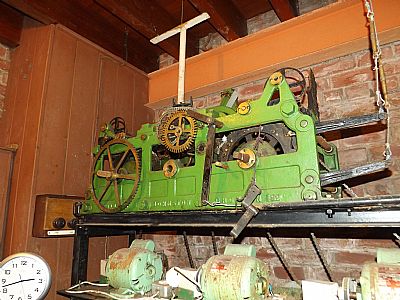 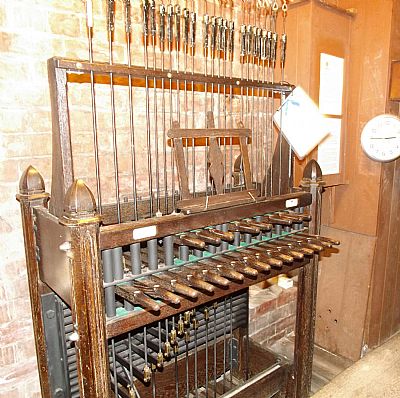 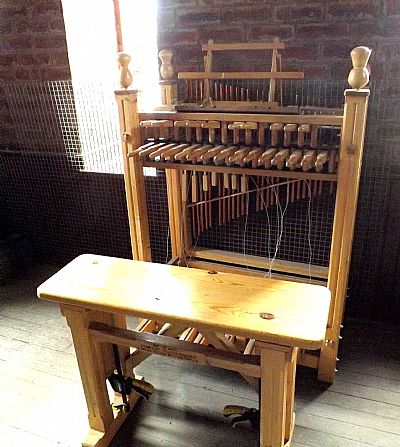