///vandalism.apple.chairing This is the crossing point over the railway footbridge and provides sufficient views of the shipyard.

This shipbuilding yard was right next to Bowling Harbour. The remnants of the slipway, wooden jetty and the bases of buildings can be seen. It was somewhat smaller than the other shipyards within West Dunbartonshire, but nevertheless produced, serviced and repaired vessels.

It had been established around 1800 by the McGill brothers. In 1851 they were taken over by James Scott and the firm became known as Scott and Sons.

Maps from 1897 show it had expanded and it is this development that can be made out today. The slipway became known as ‘Littlemill Slip Dock’ - a reference to the nearby Littlemill, better known as a distillery. (See LITTLEMILL DISTILLERY).

Between 1800 and 1847 the shipyard produced about 40 ships. By the late 1840’s the McGill’s joined forces with James Scott to form Scott & McGill, which became Scott and Sons in 1851. Between 1851 and 1979 Scott’s built in excess of 450 vessels. Scott’s was incorporated as a limited liability company in 1958 and traded for the first time as Scott & Sons (Bowling) Ltd. [Alistair Baird].

That became Scott’s Shipbuilding & Engineering Co Ltd of Greenock and it later became part of the Scott Lithgow Group.

Shipbuilding at the yard ceased in 1979.

The following photographs were taken in 2007. They show a crumbling infrastructure. Most of that is now gone. 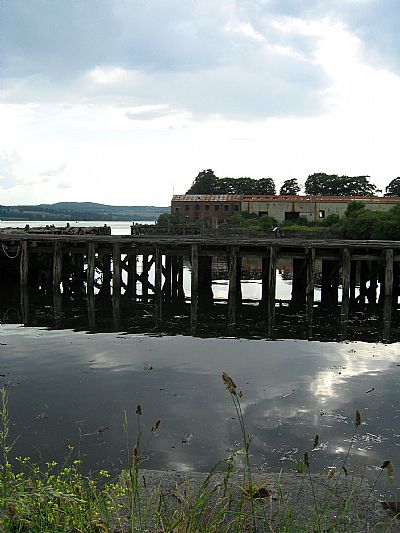 Looking across from the embankment of the main Bowling Harbour. 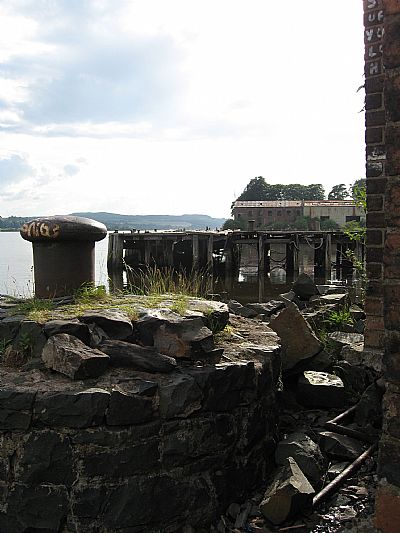 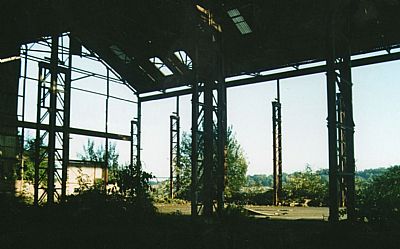 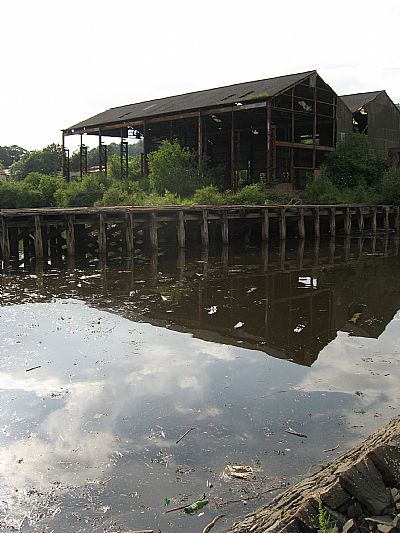 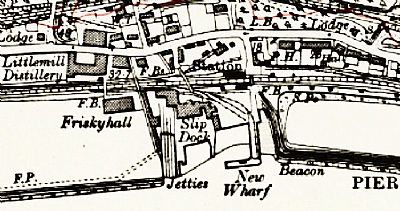