ACCESS : These are readily accessible on foot or cycle from the Forth and Clyde Canal towpath or from Portpatrick Road in Old Kilpatrick.

This bascule bridge was established on the Forth and Clyde Canal here to serve DONALD'S QUAY. It is roughly in line with the wall of the Antonine Wall as it passes Old Kilpatrick Roman Fort heading for the banks of the Clyde. The canal passes through both the Antonine Wall and the fort. There is now nothing to see of either of those here anymore, but the canal and this small bridge are well worth seeing.

This is one of two remaining bascule bridges on the canal; the other being at Bowling. A bascule bridge is a type of drawbridge with a counterweight that continuously balances a span throughout its upward swing to provide clearance for boat traffic. The name comes from the French term for balance scale, which employs the same principle.

Next to the way through to the quay is a bridge-keeper's cottage and the ruins of the stables and stores. The latter are completely in ruins, but can be easily made out. Sadly the picturesque little cottage often photographed reflected in the still waters of the canal, was vandalised and set ablaze some years ago. 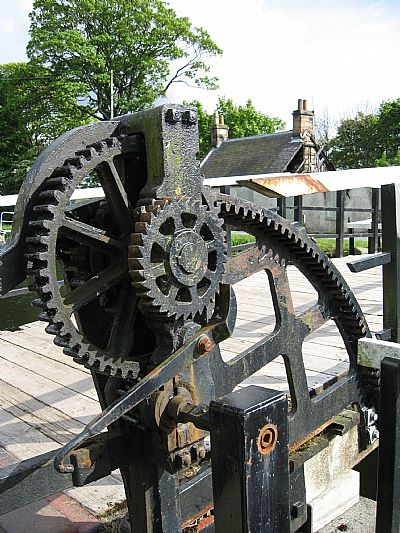 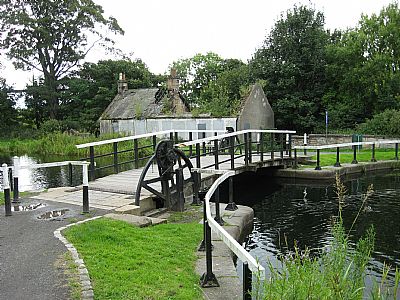 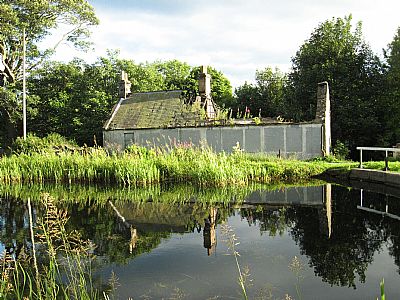 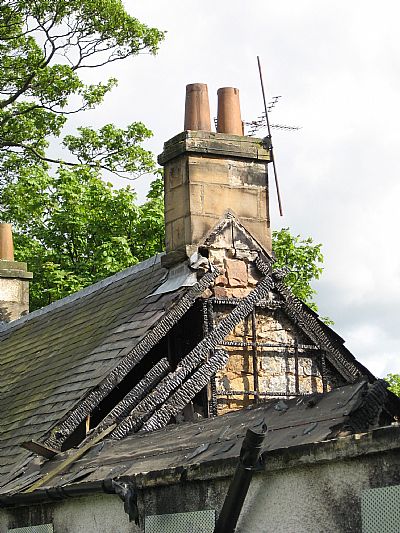 The cottage after the fire. 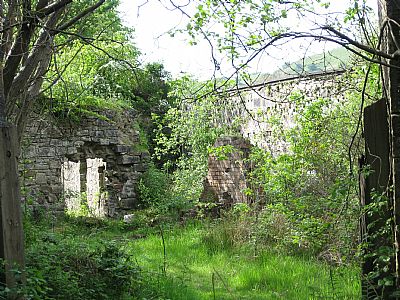 The remains of the stables.

CANMORE : http://Beside this original bascule bridge is a bridge-keeper's cottage (NS47SE 63.01). The ruins of the stables (NS47SE 63.02) are visible nearby, beneath the level of the towpath.