Sitting in a tiny square next to the Renton medical centre is this cast iron drinking fountain. At a time of reliable drinking water, this would have been an important feature. It was popular with the children of Renton Primary School against which fence it used to be located.  When the nearby war memorial and Smollett memorial were upgraded, it was moved here when both areas were upgraded.

It was erected to commemorate the official opening of Carman Reservoir up the hill from here. The inscription on it notes :

TO THE LOCAL AUTHORITY

The image of a dog and "FIDES" adds an endearing touch. But does "KEEP THE PAVEMENT DRY" refer to the behaviour of the dog or humans?

The form of such cast iron fountains was fairly reused and adapted with minor variations of components. There is one on the Greenock Esplanade that has some identical feature such as the columns, but differs in its feature of a heron (stork) and a pointed cupula on top.

The Saracen Foundry of Walter McFarlane & Co were the prime creators of such works. Although they were not the only ones at the time and copies were to be found, based on the design, it is very likely that this is one of theirs. The name of Glenfield & Kennedy appears on the font, but that is as manufacturers of the mechanical / plumbing component.

The fountain has had some very basic restoration in recent years, but remains out of service as a fountain and has some detailing missing.

Consider the reference to Cardross Parish within which jurisdiction this then was. 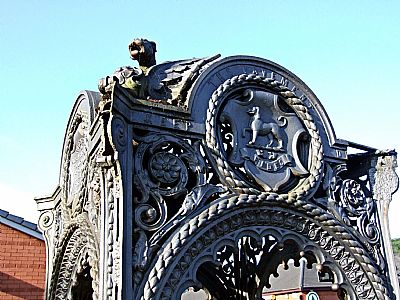 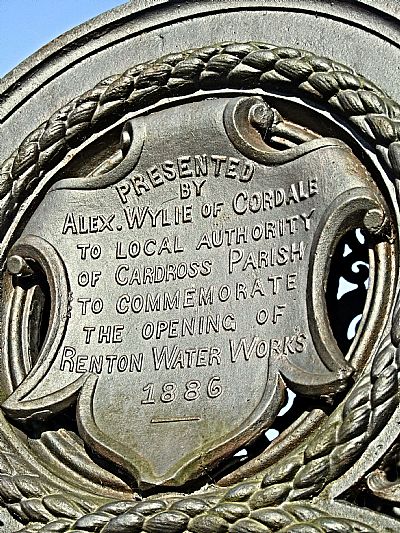 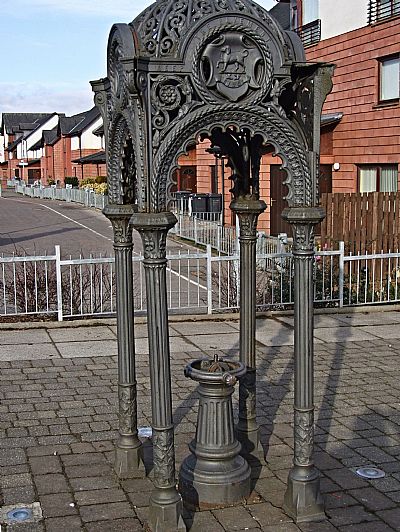 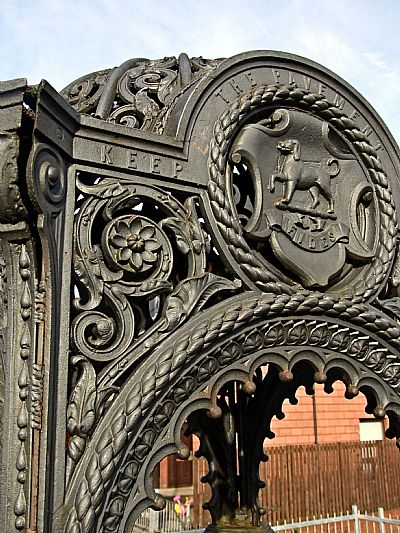