This small stone building was situated close to the corner of Dumbarton Road where Milton Brae leads up to Overtoun House and the estate as it is now. It is rather moderate by comparison with the West Lodge, but indicates the extent of the estate.

Although small, it had some nice details such as the window surrounds, shield on the suth facing gable, chimneys and akroter front and rear. Akroter is an architectural feature usually placed on the apex of a gable. Although typical of the Victorian era, their form originated in Greek archtiecture and was often found in Gothic architecture. They are becoming rarer. 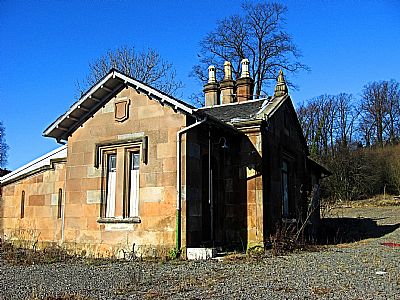 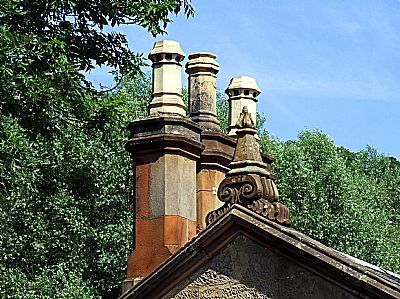