ACCESS : It can be approached by crossing Drymen Bridge and entering at the nearest gate or by walking down South Avenue behind the Buchanan Golf Course.

South Avenue Bridge is listed B. Woodend Lodge next to it is listed C.

The Endrick Water or River Endrick flows down flows down from the Burnfoot Burn rising on the southern slopes of the Gargunnock Hills and the Backside Burn rising on the eastern slopes of the Fintry Hills. So far it is outwith West Dunbartonshire, but as it approaches the south eastern part of Loch Lomond it becomes the boundary between West Dunbartonshire and Stirling.

The local authority boundary is a bit confusing at this point. Most of us know the river as the road passes over the Drymen Bridge. By this time we are already across the boundary, but it is near here, on the other side, that it is possible to easily reach the river banks.

Towards its mouth into Loch Lomond it runs within the Buchanan Estate. The old road, known as South Avenue, crosses Endrick Water over a mid 19th century cast-iron girder bridge. On the West Dunbartonshire side of the bridge is Woodend Lodge, listed C, which was aprt of the estate.

In Scottish Gaelic it is Eunarag.

It is popular with anglers. 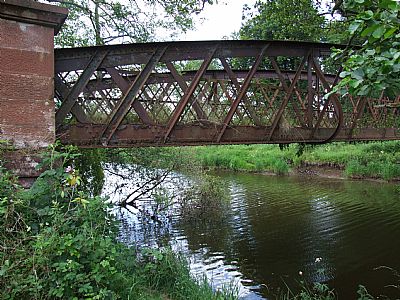 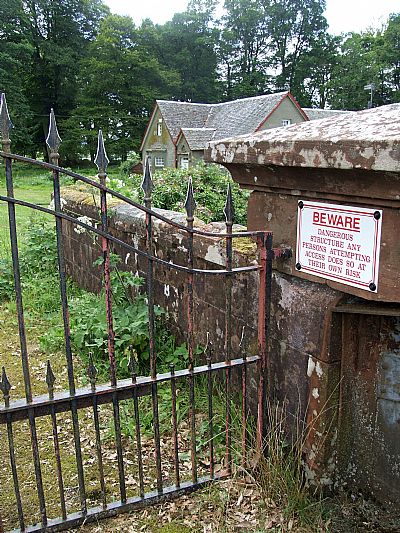 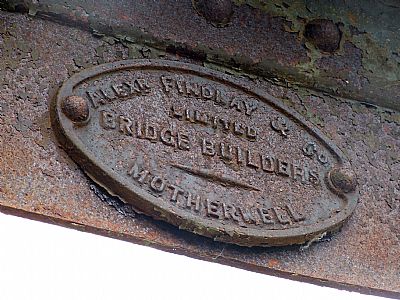 South Avenue Bridge over Endrick Water with Woodend Lodge on the West Dunbartonshire side.