ACCESS : This is private property, but can be viewed from the outside. 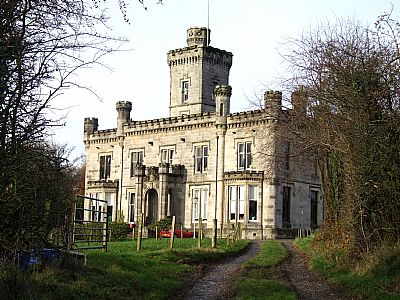 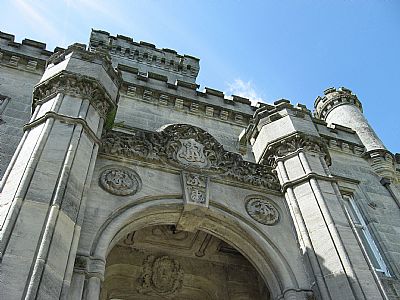 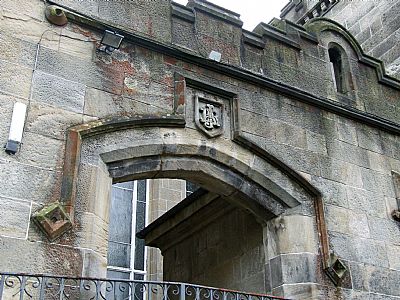 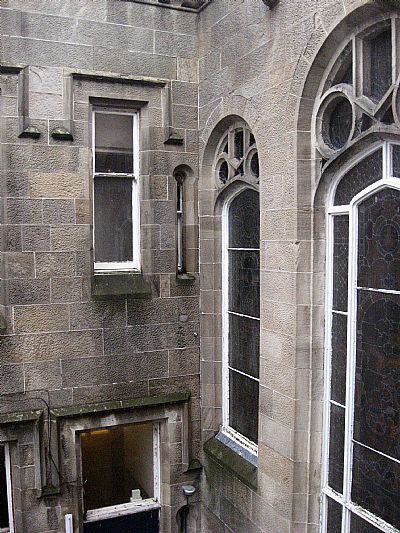 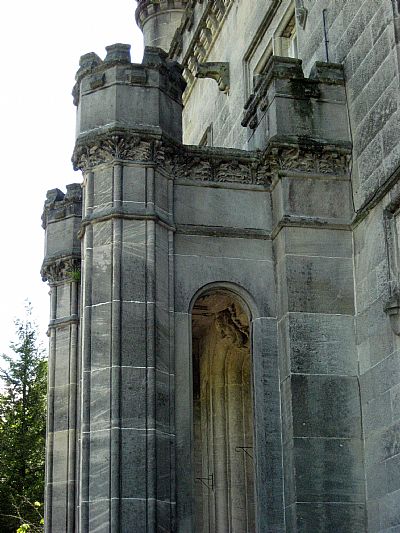 The ceiling and hearths of the main rooms are grand, but it is the stained glass windows over the grand central stairway that are really fascinating. The three round arched panels depict mythical characters. The central one is of the Red Hand of Ulster; indicating John Aiken’s origins. The fine work is attributed to WG and J. J. Kier. Michael Donnelly in his book describes the firm of David Keir, their father, as perhaps the most important of Glasgow’s early stained glass producers and known for their work in Glasgow Cathedral.

This Dalmoak House window is also thought to be the largest of its kind in a private house in Scotland. The pictorial and decorative detailing is extraordinary. It seems as if all the family members have been represented in the entwining monograms. 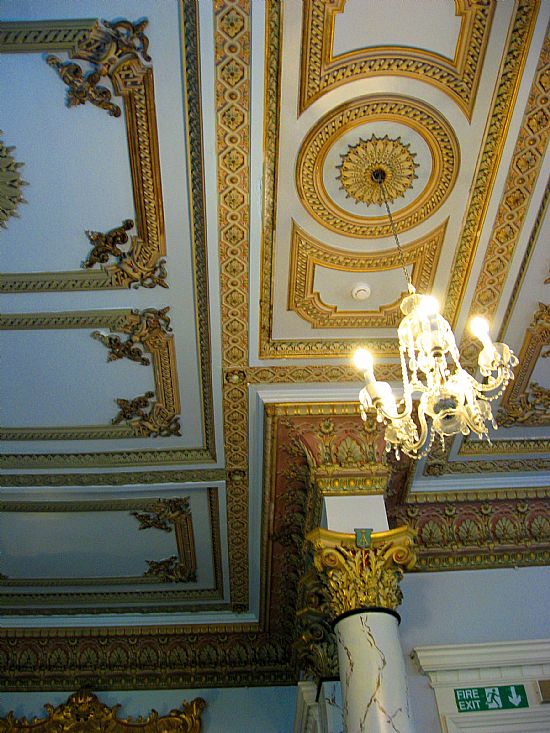 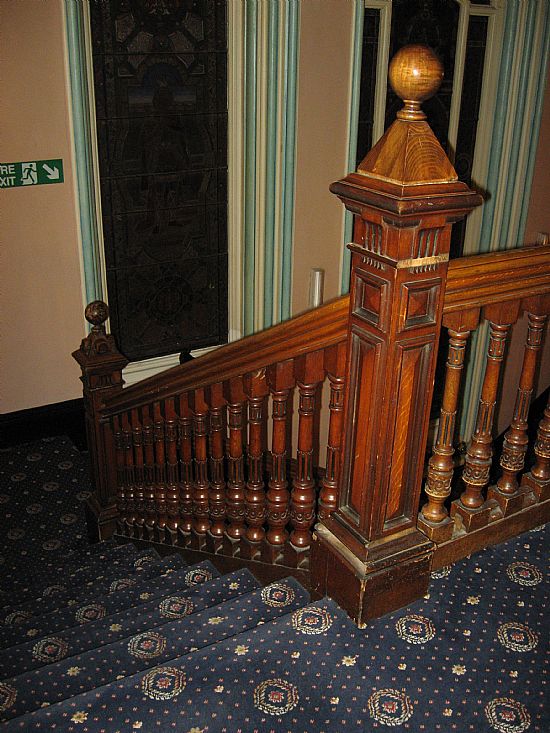 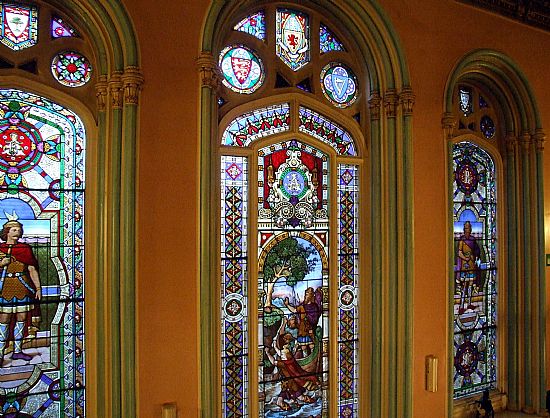 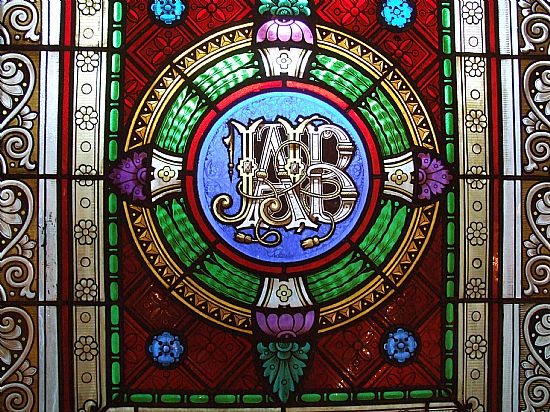 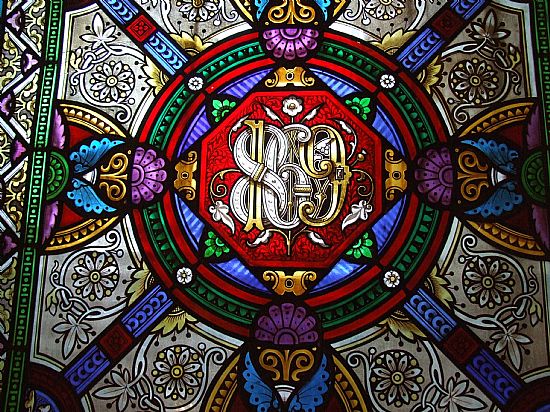 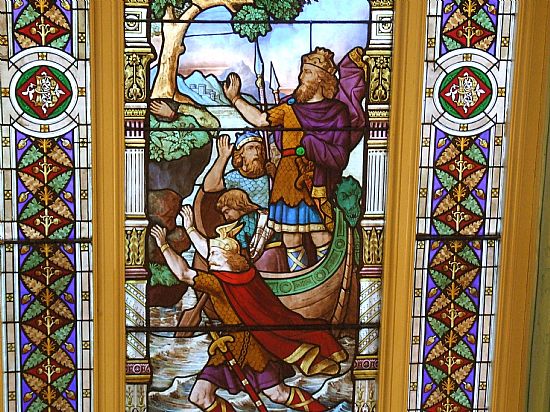 You pass the interesting gate lodge to get to the house. Behind the house is the stable block which encloses a small courtyard. They have been turned into some very nice housing. Their front gable sports a doocot. But the main house has remained empty for some years. These photos were taken when it was a carehome. How does one ensure long term sustainability of these once elegant old mansions without drastically and detrimentally alteration? Even when a solution seems to have been found, how does it affect others around it.

BELFAST CHILD website : https://belfastchildis.com/2015/10/14/red-hand-of-ulster/ This describes the origin of The Red Hand of Ulster.

LANDED FAMILIES OF BRITAIN AND IRELAND : Aiken of Dalmoak : https://landedfamilies.blogspot.com/2013/07/59-aiken-of-dalmoak.html