ACCESS : Pivate ownership, but can be seen from the road and is also cleary visible from across the river near the Bow Bridge.

Listed B as BONHILL, 120-122 (EVEN NOS), MAIN STREET AND ADJOINING WORKSHOP

There was an era when almost all of the Vale of Leven, that part close to the River Leven, was dominated by textile works. These are usually referred to collectively as the TURKEY RED (discussed separately). There is almost nothing left of that industry; an industry in which there were appalling working conditions. But in its latter days, the directors took a more enlightened and socially responsible view. In Alexander you will find two magificent expressions of that in the Gilmour Ewing Institute for Men, (now the ALEXANDRIA LIBRARY), and the Ewing Gilmour Institute for Working Girls, (now the MASONIC LODGE). (Each discussed separately). Both of these buildings were grand gestures of altruism. But they were preceded by this smaller building on this side of the Leven.

It was built in about 1835 as a terraced school and attached school house of the Dalmonach Works. You can still see the large gateposts of the works. The Mechanics Institute and Library were housed here and it is likely that the hall was also used as a Sunday School.

It is really a single building with two distinctive parts : the residential part and the school. In recent years it was saved from dereliction by private efforts and is now a home and workshop. The two parts are 120 and122, Main Street, Bonhill.

The building is of local reddish sandstone and roofed with slate. The section on the left, nearest the bridge, has a sweeping staircase up to the front door of the house at the higher level. That to the right has rows of pointed arched windows so typical of schoolhouses of the day.

In about 2010, a young couple took over this building with ambitions to restore it as a home on one side and to use the other side, the original school, as space for a workshop or other usage. All the extensive dyework buildings adjoining them had been demolished. A local historian with interest in what had become collectively known as the Turkey Red textile industry, had flagged up the possible demise of this building along with them and at the eleventh hour had managed to get it listed B based on its dual importance as representing the textile industry of the Dalmonach Works and the then emerging awareness of social responsibility. That couple who took it over had tremendous challenges ahead of them. The photographs that follow show the premises before the building was vacated and during their restoration work. Thanks to them an important remnant of local history has survived. They are to be commended. 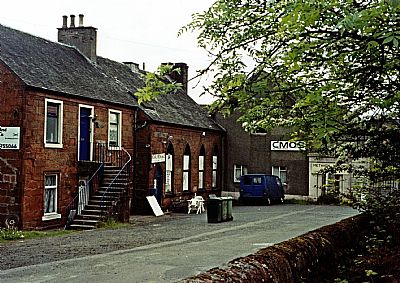 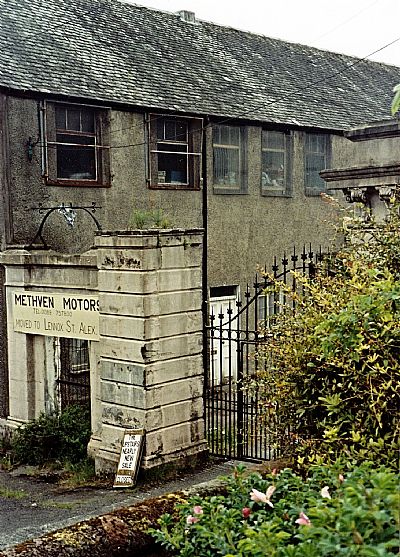 The premises before the adjoining works buildings were demolished. 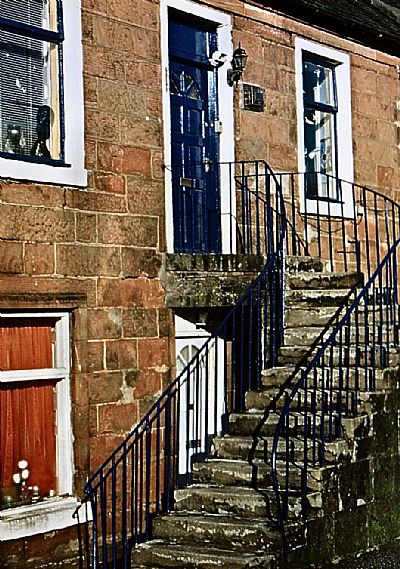 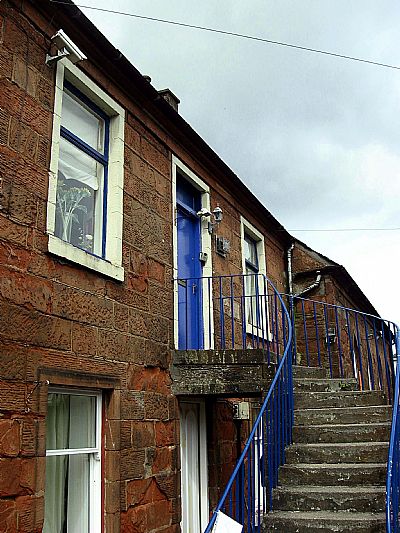 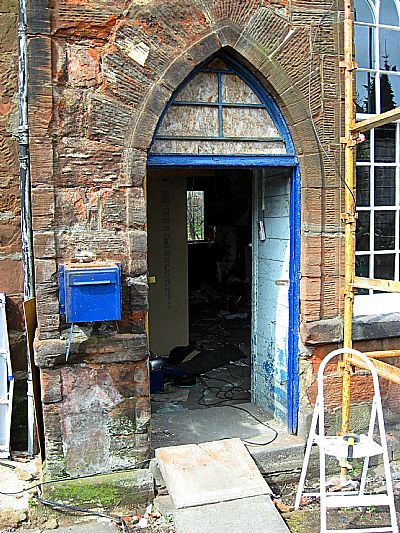 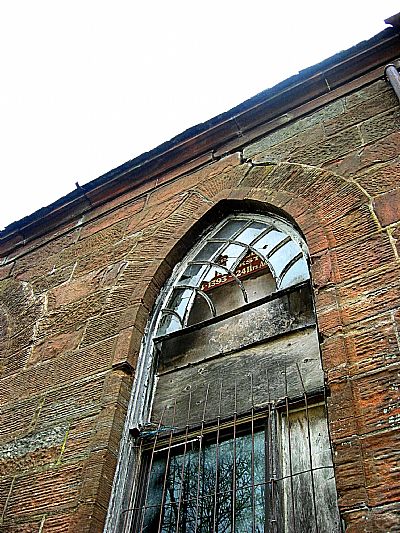 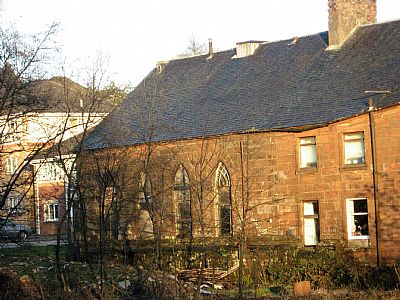 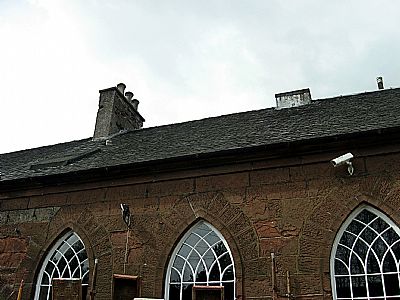 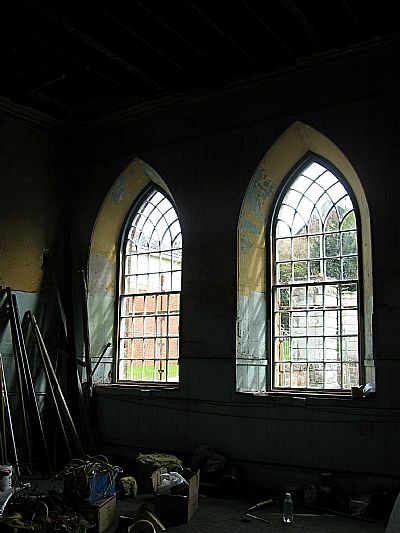 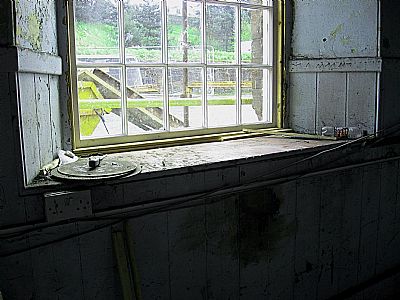 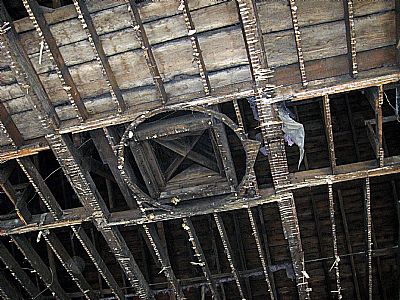 This is the ceiling extract point for the ventilation cupola on the roof. 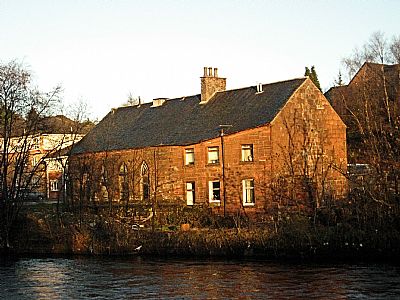 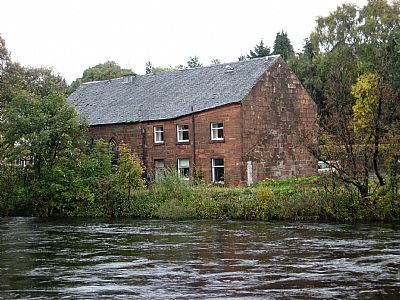 CANMORE : https://canmore.org.uk/collection/454989 This includes an old photograph of the building. The date here is still speculative and the listed building one above is the more authoritive. So too the owners, who by this time had changed.