ACCESS : An active school. Can be viewed from the street.

While many people will simply think of it as an old school building, it is more than that. It has been listed "C", a category that recognises that it is a building of special architectural or historic interest which are representative examples of a period, style or building type.

The frontage of reddish sandstone may look a bit dour across that extensive area of dark grey tarmac, but it is really dignified and immposing; a suitable ediface for learning. Over the years it has been extended in similar sandstone into a complex of buildings with an open ended courtyard.

A sandstone wall encloses the schoolyard. That in front is lower and has neat metal railings that provide views of the school from Middleton Street. Each spring the few trees burst into colour.

The school was originally known as Alexandria North School, it was enlarged in 1902 and it became the first Vale of Leven Academy Secondary School. The school is an early example of a developed Board school and the extension an example of the changes resulting from the implementation of the legislation introducing secondary schools. [HES]. 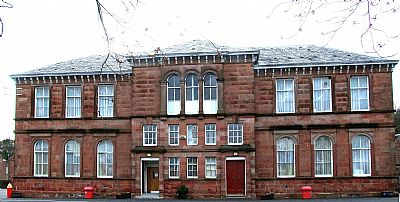 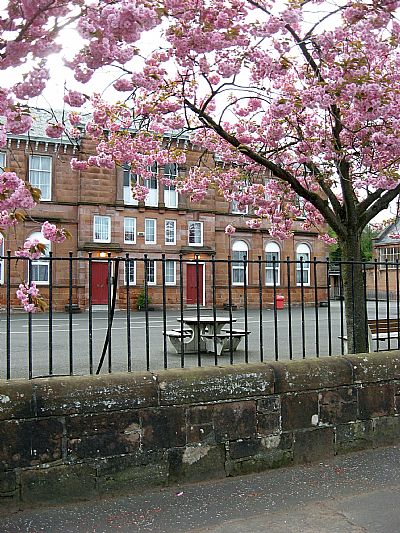